Guest Commentary: Food Insecurity is Bad in Ohio and Poised to Explode 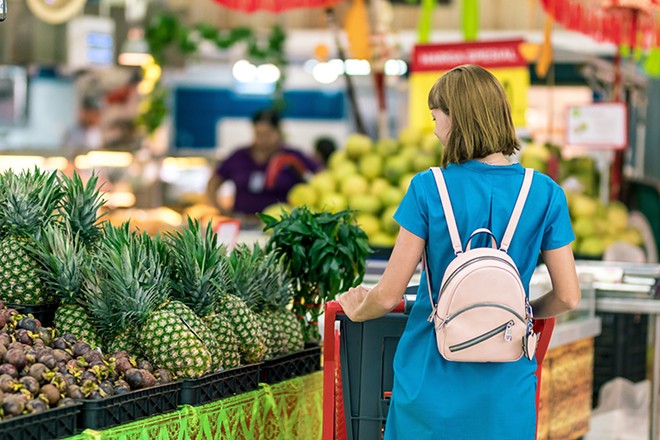 America’s hunger crisis is coming to a head. With supply chain problems and inflated food prices alongside family economic struggles stemming from the COVID-19 pandemic, the number of Ohio families facing food insecurity has exploded.

Meanwhile, the Columbus Dispatch reported Tuesday, May 10 that 700,000 low-income Ohio households could see big cuts to the food stamps program in July as COVID pandemic aid expires. In March, 334,000 more people in Ohio were served by food pantries than two years ago.

“It’s a confluence of many factors,” explained Ohio Association of Foodbanks Executive Director Lisa Hamler-Fugitt in an interview Wednesday, May 11. “When China catches a cold, the rest of the world catches pneumonia. So a lot of this has to do with the fact that we don’t manufacture much, and a lot of processed foods have a lot of ingredients. A lot of domestic food producers ship products overseas and then ship it back in after it’s been processed. So there are shipping containers sitting on docks that have been sitting there for months.”

Things are so bad right now, Hamler-Fugitt said, that even the U.S. Department of Agriculture, which can typically purchase large quantities of food through the Emergency Food Assistance Program, had to cancel 250 semi-truck loads of product for Ohio because they can’t procure it.

While supply chains remain choked, she said, individual donors are giving less as they face their own financial stressors; food retailers aren’t making donations because they’re selling everything they can procure to customers; and manufacturers aren’t overproducing, so there is no excess to donate either. Meanwhile, food prices themselves are being driven up.

Aluminum, plastic and glass shortages are also causing a problem for shelf-stable food packaging, she said.

Ohio is an aging state, Hamler-Fugitt said, so we have a lot more older Ohioans who are out of the workforce.

“If you look at these SNAP rollbacks, who gets absolutely decimated, it’s the Greatest Generation. It’s poor seniors who are trying to eek out an existence on very low Social Security,” she said.

Rising costs for housing, utilities and prescription drugs make the problem even worse, she said, as food is generally the most fungible item in most people’s budget.

“You may have a steak pay, but you have a hot dog budget,” she said.

As opposed to the Great Recession when Ohio’s state finances were in the hole, the state is currently sitting on a multi-billion dollar rainy day fund, has about $550 million in unallocated funds from the American Rescue Plan Act of 2021 (ARPA), and just clocked revenues several billion dollars over budget projections.

“The state is in very good financial shape and we’re asking the state for $50 million ARPA dollars immediately to purchase food to be able to handle all the people who are coming to us. That will make sure that we’ve got adequate inventories for when these SNAP benefits rollbacks go into effect in July.”

The foodbank association’s next budget allocation is slated to come in July as well, she said. Currently, all of their state funding is gone. The core funding for the Ohio Food Program, the pandemic dollars, it’s all been exhausted trying to keep up with the current food demand, Hamler-Fugitt said.

Long-term, she said, the federal government needs to look at extending the pandemic SNAP increases past July.

“That allotment has really helped so many poor Ohio families. That helped them offset the food cost inflation,” she said. “We also need additional money in The Emergency Food Assistance Program (TEFAP). We told U.S. Department of Agriculture Secretary Tom Vilsack back in November we need Congress to appropriate $900 million minimum for TEFAP. That didn’t happen. We got about half of that.”

Food banks can’t continue to rely on the generosity of foundations, corporations and individual donors, she said.

“We need government intervention and we need government support to be able to make sure that our food banks, our food pantries, and our soup kitchens are stocked and they’re feeding their hungry friends and neighbors with that food.”

More broadly, she said, Americans need wages to go up so they can stand in grocery store lines instead of food pantry lines.

Hunger is always a leading indicator in economic cycles, Hamler-Fugitt said, and the current crisis comes from decades-long disinvestment from American food systems and manufacturing capacity in favor of offshoring those things.

“America thought it was best to offshore everything, and now we find ourselves in a situation where we are dealing with global crises on every front,” she said. “We are globally dependent, and that’s what scares me, and that’s not even calculating in the impacts of climate change and severe weather patterns.”

For all the talk in America about energy independence, food independence barely gets mentioned.

In 1980, there were about two dozen food banks in the United States. Now, there are more than 350, which serve 63,000 affiliated pantries and shelters.

“History teaches us what happens when societies can’t feed themselves,” Hamler-Fugitt said.

According to Move for Hunger, “Although hunger affects every community in the United States, some groups of people are more vulnerable than others. African Americans are two times more likely to be food insecure than white, non-Hispanic households. Senior citizens are the fastest-growing food insecure population in the United States. One in 4 veterans of the Iraq and Afghanistan wars is food insecure. And a growing body of research shows that the number of college students facing hunger is skyrocketing.”

According to Feeding America, 72% of the households served by its affiliated food banks live at or below 100% of the federal poverty line and have a median annual household income of $9,175.

America should be investing in agriculture and agricultural food production, Hamler-Fugitt said. We have fresh water from the Great Lakes and rich and abundant farmland.

“If we could produce as much food as possible within a 400-square-mile radius, that greatly reduces our need to transport and truck food,” she said. “I’m a big fan of Ag. I know where my food comes from.”

Another big thing government could do, she said, is pass Build Back Better, pointing to the enormous benefit the child tax credit provided folks before it was cut off at the beginning of the year.

“Low-income, working families in Ohio and across the U.S. who benefited from that child tax credit, that’s what was keeping them going,” she said. “For the two million-plus families that got, on average, $422 a month from that credit, that kept groceries in the house; that kept their lights on; that helped them absorb any increase in their rent. Losing that was a big blow.”

Hamler-Fugitt said that state lawmakers across the aisle are listening. The Association is asking for $50 million in ARPA money in the first allotment, and consideration of an additional $133 million in the second allotment, which she said is on par with what other states have done to support food banks.

“We’ve had really good, positive support (from lawmakers),” she said. “Everybody gets it. Hunger has never really been a partisan issue in the state. Everybody eats, so everybody understands what it’s like. If you have the resources to be standing in the grocery store check-out line, that’s great, but not all of our brothers and sisters and our friends and neighbors can say that.”

How can you help? Follow this link, and remember, while food donations are great and much appreciated, for every dollar you donate foodbanks can leverage four meals for hungry Ohioans.

This commentary was originally published by the Ohio Capital Journal and is republished here with permission.