The party gave the nod to a progressive favorite over an incumbent in one contentious countywide race and endorsed in several others as well. 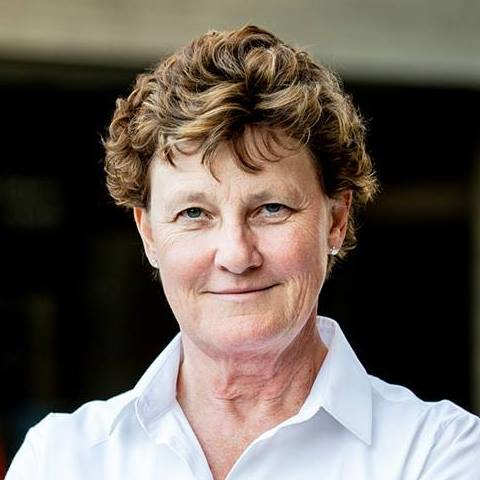 The Hamilton County Democratic Party voted Saturday on whom it will endorse in its coming 2020 primary elections — including candidates in some pivotal and contentious local races.

The party's nominating committee recommends those endorsements, which are then approved by its executive committee, which is made up of high-profile elected local officials.

Neil has safely won reelection twice in Hamilton County, but he's been in the crosshairs of the county party's progressive wing since he appeared at a 2016 campaign rally for now-President Donald Trump.

Neil says he was simply there to provide security for the event and that he voted for Democratic Party presidential nominee Hillary Clinton in 2016. Neil also says he's won support from Hamilton County's unions and has the best chance of keeping the seat blue.

"I am not — nor have I ever been — a politician, and I refuse to be beholden to political bosses," Neil said in a statement following the vote. "If you want the type of politics we’ve seen on Cincinnati City Council in the sheriff's office, then vote for my opponent.”

But a number of Hamilton County Democratic Party members don't buy it. Cincinnati City Council Democrats Chris Seelbach, Tamaya Dennard and P.G. Sittenfeld all support McGuffey, the former commander of the Hamilton County Justice Center before Neil fired her in 2017.

McGuffey says she wants to reform the way the Sheriff's office operates to be more equitable and progressive.

"It’s not often that a challenger gets an endorsement like this," McGuffey wrote in a Facebook post after the vote. "But thanks to my experience and commitment to changing our justice system, and thanks to the incredible support from all of you, we are the endorsed candidate for Sheriff."

The race promises to get more contentious ahead of the March 17 primary.

Neil became the first Democrat elected sheriff in Hamilton County in nearly four decades in 2012. He proved popular enough to handily beat Republican Gary Lee in a bid for reelection, though he has also stoked frustration among some liberal fellow Democrats for his appearance at the Trump campaign rally, issues around immigrant detention at the Hamilton County jail and other flashpoints.

There have been some bumps in the road for McGuffey, including a brief suspension and a demotion that led to her departure from the department.

McGuffey had been with the county since 1983 and took her role as jail director in 2012. At that time, the jail was among the worst in the state, but under McGuffey’s leadership, it improved to the point where it complied with state standards. McGuffey was also lauded for her work helping inmates recover from addiction.

But some jail employees didn’t like McGuffey's management style — or the fact that McGuffey wanted use-of-force incidents against inmates investigated more thoroughly, she claims.

In January 2017, an employee at the jail filed a complaint alleging a hostile work environment under McGuffey. The county’s internal affairs department launched an investigation into the complaints. That investigation, citing allegations from four employees of favoritism, bullying and misleading statements to investigators by McGuffey, led to a demotion to a civilian post for McGuffey in May that year.

McGuffey subsequently quit, saying the investigation was biased. She filed a lawsuit in May 2018 in Ohio Southern District Court against the sheriff's office, Neil, the county and the county commission alleging that her demotion was due to homophobia (McGuffey is a lesbian) and misogyny.

Hamilton County Democrats also opted to endorse former Hamilton County judge Fanon Rucker in a bid to take on Hamilton County Prosecutor Joe Deters in the general election. Deters, a Republican, will likely be one of the toughest county-wide opponents Democrats square off against this year. Attorney Gabe Davis is also competing in the primary to take on Deters.