Those in high-risk groups will get first dibs on the monkeypox vaccine. Cincinnatians can finally get the monkeypox vaccine, but only under certain circumstances – at least for now.

Officials from the Cincinnati Health Department and Hamilton County Public Health announced Aug. 8 that both agencies have a limited supply of the vaccine. Both say the vaccines will be limited to those with high-risk health issues.

"Similar to the way COVID vaccines were administered at the outset of the pandemic, we will use the risk tiers published by the Centers for Disease Control and Prevention (CDC) to develop a risk profile for people desiring vaccine," Dr. Grant Mussman, interim health commissioner for Cincinnati says in a press release. "We will then contact those eligible to coordinate vaccination."

To demonstrate need and obtain the vaccine, residents must complete a risk assessment on Cincinnati's or Hamilton County's websites. The departments then will coordinate directly with the patient for vaccine administration.

The registration system is a change from earlier in August when Mussmann and other health officials said that Cincinnati-area residents first would need to confirm with a healthcare provider that they have monkeypox. That provider then would obtain the monkeypox vaccine from local, state or national health officials for the patient.

"We’re asking people to be patient while we develop our risk analyses and determine vaccination eligibility," says Greg Kesterman, Hamilton County health commissioner. "With vaccine in limited supply, it’s important that we get to the most vulnerable populations. The CDC has developed risk tiers that we will be following to administer vaccine."

In addition, there are a number of locations and options for those who are uninsured, under-insured or on Medicaid to obtain care and the vaccine.

The U.S. Food and Drug Administration granted its approval for the Jynneos vaccine – which is produced in Denmark – back in 2019 specifically to boost immunity against monkeypox. It's administered through two injections that are 28 days apart. The Centers for Disease Control and Prevention says that it is available to people 18 years old and up and is prioritized for people who are immunocompromised or are at high risk in other ways. People below age 18 will be considered for the vaccine after obtaining emergency authorization.

ACAM2000, a vaccine that was approved by the FDA in 2007, was developed for use against smallpox. Because monkeypox is in the same virus family as smallpox, the CDC says that a version of this vaccine can be used against monkeypox. It may cause more side effects, though, which is why those in high-risk groups should get the Jynneos vaccine instead. ACAM2000 is safe for other people, the CDC says. 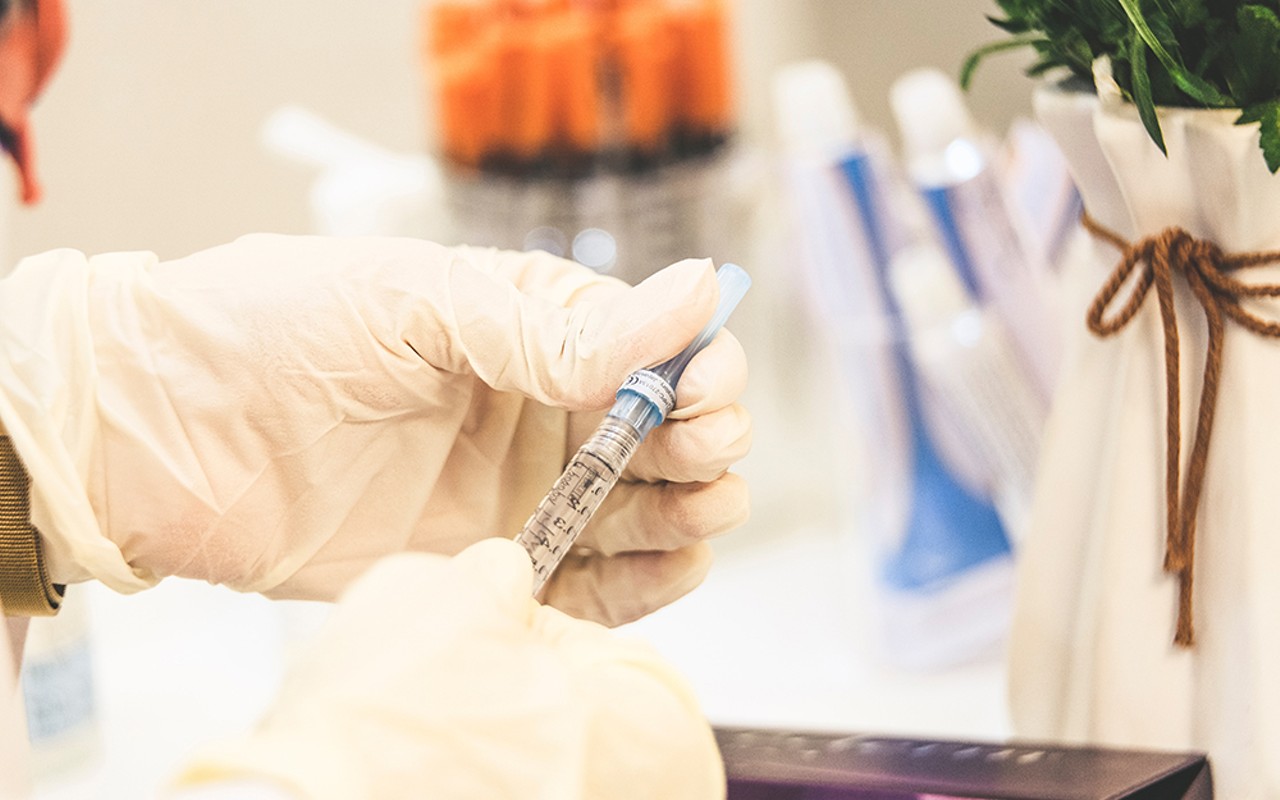 
The joint press release from Cincinnati and Hamilton County does not specify which vaccine it will make available to residents. A story by The Conversation says that only "military personnel and laboratory researchers" are receiving the ACAM2000 vaccine.

Hamilton County Public Health's website provides guidance as to who might qualify as "high risk" and therefore more quickly eligible for the monkeypox vaccine, similar to what many local health departments did when COVID-19 vaccines first became available in late 2020. Here are the four risk tiers, according to the department:


Tier One
People at risk for occupational exposure (i.e. clinical personnel) and individuals identified as close contacts or direct exposures

Monkeypox is spread through close activity like kissing, rubbing against open lesions or scabs or contact with linens that have absorbed fluid from lesions. As an intimate activity with lots of direct skin-to-skin contact, sexual activity also can transmit monkeypox from one person to another, but this isn't a sexually transmitted infection.


The United States is experiencing a severe shortage of the Jynneos vaccine. At the end of July, the White House sent about 800,000 new doses to states for allocation, but demand is outpacing supply – especially because it is a two-dose vaccine. Before that, the national stockpile had contained only a few thousand doses, which left the country woefully unprepared for the relatively sudden spread of monkeypox, the New York Times reports. 
The White House has ordered 7 million more doses from Bavarian Nordic, the Denmark-based producer of the Jynneos vaccine, but those aren't expected to arrive for months.

Ohio has received only 4,253 doses of the vaccine as of Aug. 3, according to the U.S. Department of Health and Human Services.

The CDC says there are at least 7,500 confirmed monkeypox cases within the United States as of Aug. 8, with more expected soon as local, state and national agencies confirm patient tests. Ohio currently has 45 confirmed cases, while Kentucky has nine. On Aug. 1, Kesterman told reporters that Hamilton County had two confirmed cases.

Read CityBeat's previous story for more about how monkeypox is spread and what kinds of symptoms it gives.