"We want to be part of the solution. We want to welcome folks." 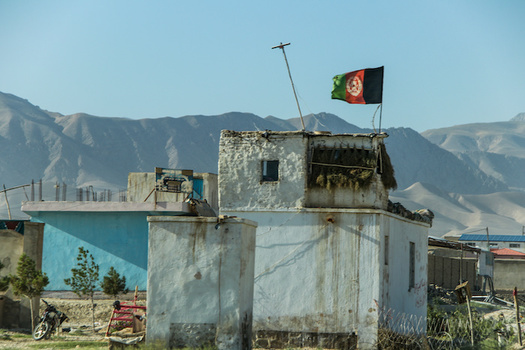 Photo: AbodeStock
According to the U.S. Defense Department, more than 17,000 people have been evacuated from Afghanistan by American troops.

State Democratic leaders are urging Gov. Andy Beshear to offer a permanent home to Afghan refugees in Kentucky. At least a dozen other governors so far have pledged to help people leaving Afghanistan relocate to their states.

Rep. Joni Jenkins (D-Shively) said she and her colleagues have sent a formal letter to the governor and the congressional delegation, asking them to implement actions to help fleeing Afghans.

Jenkins noted many seeking asylum are at risk in their homeland because they served alongside American forces, or are women or members of the LGBTQ+ community.

"Leader Morgan McGarvey and I thought it was necessary to act immediately," Jenkins said. "The Legislature is not in session at this time, or we would have filed a resolution to be voted on by the entire General Assembly."

It's estimated around 88,000 individuals who worked for the U.S. in Afghanistan and their family members are seeking Special Immigrant Visas. A recent survey of 1,100 U.S. adults found more than 40% would support increasing the number of visas for Afghans, while 44% said the number should remain the same.

Jenkins noted groups like Kentucky Refugee Ministries and the Kentucky Council of Churches are standing by and ready to help.

"Given the events that have happened in the last week, and what all Kentuckians are watching unfold on the news, we thought it was important for us to communicate our support," Jenkins explained. "We want to be part of the solution. We want to welcome folks."

The Biden administration has allocated $500 million for unexpected and urgent refugee and migration needs, victims of conflict, and others at risk as a result of the Taliban takeover in Afghanistan.

The Pentagon said it is using facilities in Texas, Virginia and Wisconsin to house people applying for visas.