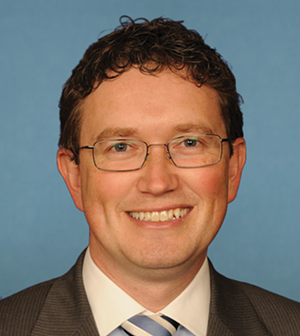 Happy spring, Cincy! This year, “spring” apparently means “hail pelting you and freezing rain soaking through your clothes as you wait for the bus while lightning flashes over your head.” So, yeah, enjoy that.

Things got real on the Cincinnati Board of Park Commissioners last week as two recently appointed board members squared off with board vets over a long-running row between the city and Parks Department leadership. The board recently hired its own lawyer, James Helmer, to represent it as it wrangles with the city over control of money from a private foundation that does fundraising for the parks. The two new board members, United Dairy Farmers CEO Brad Lindner and former P&G employee Linda Lee Thomas, eventually sided with the city, voting against approving another $150,000 to retain Helmer. That decision came after Cincinnati Assistant City Solicitor Terry Nestor told the board that the move was illegal, and that the solicitor’s office represents the park board. Nestor also advised that a motion to go into executive session with Helmer by the board’s vice president Robert Anning was also illegal. Only four of the board’s five members were present at the meeting, so both votes deadlocked. Lindner and Thomas were recently appointed to the board by Mayor John Cranley as controversy has continued over whether the board or the city controls funds raised by a private endowment for the parks. Recently, the Ohio Ethics Commission launched an investigation into Park Board Director Willie Carden and Financial Services Manager Marijane Klug related to bonuses they received from that endowment.

• Another round of additive-laced heroin likely hit area streets this weekend. Hamilton County emergency rooms saw 36 overdoses in the 24 hours between 1 a.m. Friday and 1 a.m. Saturday, officials reported. That’s about twice the normal amount seen recently, the Hamilton County Public Health Department says, and the spike is probably due to additives to heroin and other opiates. Law enforcement officials say they’re working on arresting dealers who are selling the additive-laced drugs and have cautioned addicts and their families to carry plenty of anti-overdose medications like naloxone.

• Cincinnati Children’s Hospital has released more detailed plans, renderings and cost estimates for a huge project in Avondale, according to the Cincinnati Business Courier. The nearly 10-acre development, including a 650,000-square-foot patient tower, a new parking garage, an expansion of an existing parking structure and more, will be the most expensive undertaken by the hospital, coming in at $650 million when completed. The project will require rezoning of land owned by Children’s, which Council must vote on, as well as removal of some homes in the area and a rerouting of Erkenbrecher and Wilson Aves. That’s led to some consternation among community activists.

• Despite the incredibly painful and tense nature of the Ray Tensing trial, there were zero arrests during protests over a November hung jury in the University of Cincinnati police officer’s court case. Tensing was charged with murder and manslaughter for the July 2015 shooting death of unarmed black motorist Sam DuBose. Local law enforcement officials say they’d like to see the same dynamic as Tensing undergoes a retrial, set to begin in late May, and claim they’re gearing up to ensure protests remain arrest-free. Hamilton County Sheriff Jim Neil gave credit to community advocates as well as the Cincinnati Police Department, which used bicycle cops to engage in crowd-control maneuvers. Community leaders like Pastor Peterson Mingo, who conducted outreach during the protests, give credit to outreach efforts within the community for keeping people safe. Local activists, including Cincinnati Black Lives Matter and the Greater Cincinnati Coalition for the Homeless, coordinated on the protests, planning non-violent demonstrations outside the Hamilton County Courthouse and a march through downtown immediately after the hung jury was announced. Mingo says that anger remains about DuBose’s shooting and many are still confused about the outcome of the trial, but said he and others are committed to keeping community members safe as they demonstrate.

• Did former President Barack Obama wiretap now-President Donald Trump during the 2016 presidential campaign, as Trump has claimed? Most intelligence officials and experts say it’s very unlikely, and that no proof exists of such surveillance. But at least one local lawmaker gives some credence to Trump’s claims. U.S. Rep. Thomas Massie, who represents Northern Kentucky, has said that it’s “absolutely possible” that federal law enforcement officials kept tabs on the Trump campaign, perhaps through a “virtual wiretap.” Trump’s claims, which he made via Twitter, have drawn skepticism or outright rebuke from many of his fellow Republicans, including U.S. Sen. Rob Portman of Ohio. Massie says he hopes the claims can focus attention on possible abuse of security technologies by groups like the NSA and FBI.

• Quick hit on the race to replace Ohio Gov. John Kasich, who will be term limited out next year: Northeast Ohio businessman and U.S. Rep. Jim Renacci filed paperwork this morning to jump into the campaign. He joins some big name, experienced politicians duking it out for the GOP nomination, including Ohio Lt. Gov. Mary Taylor, Ohio Attorney General Mike DeWine and Ohio Secretary of State Jon Husted. Renacci has said he’d like to court voters who support President Trump, casting himself as a political outsider and echoing many of Trump’s “America first” talking points. Trump scored a big win in Ohio over Democratic challenger Hillary Clinton back in November.

• Finally, last week we walked you through the ways in which the federal budget proposed by Trump could impact Ohio. Today, the possible effect a repeal of the Affordable Care Act could have on some in the Buckeye State has made national news. This story by The New York Times details the potential personal toll loss of the ACA’s Medicaid expansion and other provisions could have on working-class Ohioans. It’s worth a read.