The city has not specified the overall amount of money it spent with contractors of any race or gender in 2016 in the sectors covered by diversity-contracting efforts. 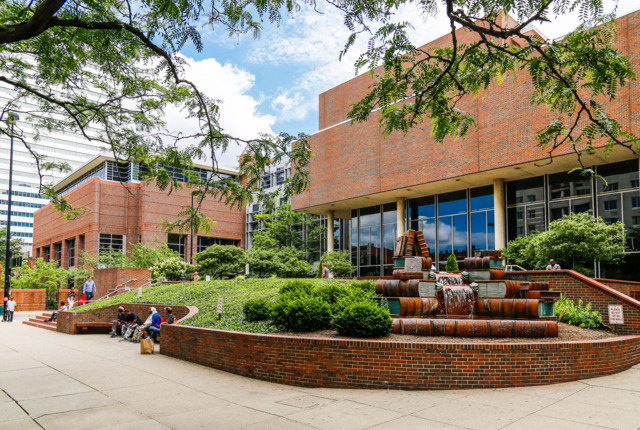 Good morning all. I missed yesterday’s morning news update so I didn’t get a chance to share that CityBeat’s esteemed editorial board released its endorsements for mayor, Cincinnati City Council and state and local ballot issues. I don’t agree with every pick — you probably won’t either — but I think the reasoning behind each is thoughtful, solid and understandable. They’re here if you’re still wondering who you should vote for. Now, on to news.

As we wrote about last week, CityBeat is still wrangling with the city for information around its minority contracting efforts and what percentage of money spent on contracts last year went to minority-owned businesses. The Cincinnati Enquirer hasn’t been able to come up with that number either, but they did find out some other interesting things about the city’s efforts to increase minority contracting: Roughly 40 percent of those contracts went to just five companies and about 80 percent went to companies located outside Cincinnati in suburbs like Mason, Blue Ash, West Chester Township and in cities like Middletown. The city says that’s OK under its new economic inclusion efforts as long as the business runs an office in Hamilton County.

In his reelection campaign, Mayor John Cranley has highlighted the fact that the city issued 17 percent of its contracts last year to minority-owned businesses. But critics, including his opponent Councilwoman Yvette Simpson, say those contracts should be going to Cincinnatians and should be spread more widely among contractors. Simpson has also pointed out that the mayor’s 17 percent figure is about contracts awarded and that the actual dollars spent on those contracts can be different. The city has not specified the overall amount of money it spent with contractors of any race or gender in 2016 in the sectors covered by the diversity contracting efforts.

• Hamilton County Commissioners today will vote to approve Karen Clemons, principal at St. Bernard Elementary School, as a new trustee for the board of the Public Library of Cincinnati and Hamilton County. She’ll replace Board Chair Allen Zaring, whose term expired in September. They won’t do it to a quiet house, though. Activists opposing the potential sale of the north building of the library’s downtown campus are expected to show up to the meeting, which takes place at 11 a.m. at the county administration building. They have their own candidate in mind — University of Cincinnati librarian Sean Crowe.

• Mayor John Cranley, a number of council members and bike advocates will launch construction of the long-awaited Wasson Way bike path today. Crews are breaking ground in Hyde Park on a half-mile stretch of the path, which will eventually stretch four miles through the city’s east side into uptown. The first phase will cost between $1 million and $2 million and will be complete by June of 2018. Construction was initially slated to start five months ago, but was delayed.

• A man accused of killing eight people and injuring 11 by driving a moving van into a bike lane in Manhattan yesterday has local ties. Sayfullo Saipov stayed for two weeks in 2010 with a family from Uzbekistan who lived in Symmes Township. Saipov, also from Uzbekistan, registered a business to their address there. The Symmes Township family says Saipov was quiet and only went to work and then came home. Saipov has also apparently lived in Akron, Florida and New Jersey. Police shot Saipov at the scene of yesterday’s attack and say they’ve recovered material that leads them to believe the attack was an act of terror. Saipov is currently at a New York hospital and is expected to survive.

• Finally, here’s a wild story about the guy who ran the now-defunct Toby Keith’s I Love This Bar and Grill at The Banks. Spoiler alert: He was an ex-mafia man in federal witness protection who ran a number of other troubled restaurants and shorted employees and vendors when the bar abruptly closed in July 2015.