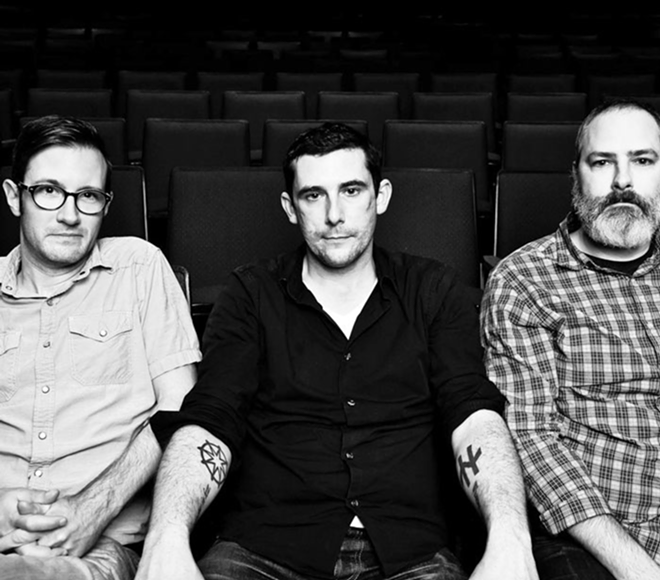 The name of the new release from Post Punk trio Maple Stave is V, representing the band’s fifth recording, but the number five is significant for the 13-year-old threesome for another reason. Five years ago, Maple Stave slightly fractured when guitarist Andy Hull relocated first to Washington, D.C., then to San Francisco. But Hull still made time to play and write with bandmates Chris Williams (guitars/vocals) and Evan Rowe (drums) whenever possible. When he returned to their homebase of Durham, N.C., the reinvigorated band — which notably features dueling baritone guitars — hit the studio and emerged with the outstanding V, an intense six-track full of seething urgency and artful arrangements that should appeal to fans of the halcyon days of labels like Touch and Go and Dischord. Maple Stave’s visit to Newport is being billed as a release show, since V is the latest work to be issued by inimitable Cincy label Phratry Records.