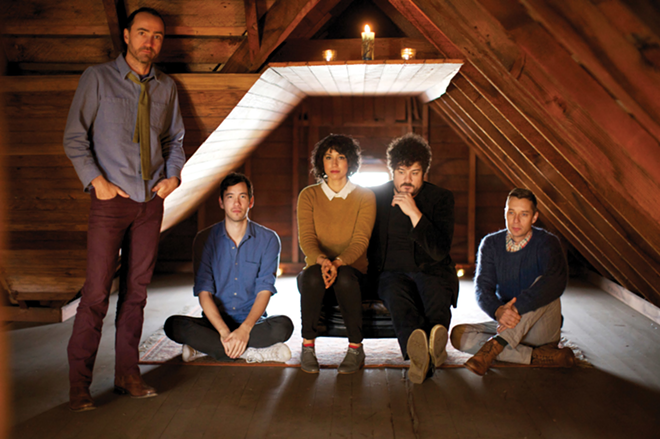 When Cincinnati’s first casino, Horseshoe Casino Cincinnati, opened at the Broadway Commons area between Downtown and Over-the-Rhine in early March, area music lovers probably expected the concert offerings to be more in line with other casinos in the region — primarily “nostalgia acts.” So it was a pleasant surprise when concerts for the casino’s The Shoe outdoor plaza started being announced with numerous top-shelf headliners.

Arena-worthy rockers The Killers kick off the summer series Thursday with a sold-out show, then modern Indie Rock icons The Shins pull in to town Tuesday. After a trio of great-to-classic albums for Sub Pop, the band’s latest, Port of Morrow, came out last year through Columbia Records and Aural Apothecary, Shins’ main man James Mercer’s imprint. Mercer’s songs have matured, but his ability to write a spine-tingling Pop melody remains and his current version of The Shins — which includes producer/multi-instrumentalist/singer/songwriter Richard Swift and stellar guitarist Jessica Dobson, who has worked with Beck, Spoon and others — is impeccable.