Ohio is lagging when it comes to vaccinating caregivers. 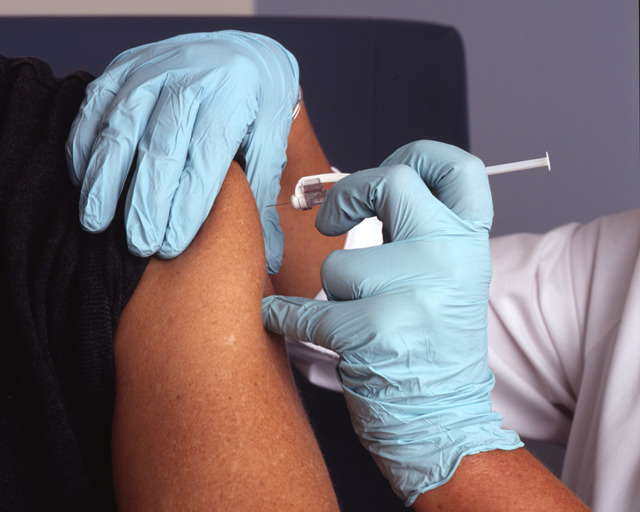 Ohio is on the wrong side of the latest installment of the Civil War, according to data from the Centers for Medicare and Medicaid Services.

Only 51% of Ohio's nursing home and long-term care workers have gotten the Covid vaccine, a rate surpassed in the wrong direction by only eight other states (Georgia, Mississippi, Kentucky, Tennessee, Oklahoma, Missouri, Florida and Louisiana), despite the fact healthcare workers were among first in line to get the jab.

The national vaccination average for nursing home and long-term care workers is 59.3%, with Hawaii leading states at a 96% clip.

As the Delta variant spreads and Covid cases tick increasingly up, concern is mounting over low vaccination rates among those healthcare workers.

The Missouri Independent recently looked at some of the reasons why some have held out, and the struggles health officials are facing in convincing them to get the vaccine.

“We’re surrounding our most vulnerable residents with a lot of people who are unvaccinated, which is very scary,” said Marjorie Moore, the executive director of VOYCE, a St. Louis nonprofit that advocates for quality living across long-term care.

It’s difficult to discern a pattern among the health care workers who don’t get vaccinated.

Some, like Whitfield, are older workers with underlying health conditions who worry about how they’ll react to the vaccine. Several homes reported they were struggling to convince their young female employees who worried the shot would affect their fertility. Doctors and experts have said the science doesn’t support that and there is no evidence that the vaccine causes infertility.

Many staff are also part-time employees who sometimes work at several different facilities and can’t afford to take time off to recover from potential side effects, Moore said.

Kelly Sommers, director of the Kansas State Nurses Association, said pervasive misinformation about the vaccine has been difficult to overcome. She wants to see more conversation about why nurses aren’t getting the vaccine and to provide incentives or lower barriers — for example, giving staff additional time off to recover if they have side effects from the vaccine — to encourage them.

“It was nurses at the beginning who were the ones out there getting the vaccine,” Sommers said. “And so now, somewhere, we’ve hit a roadblock that I think is easily solvable.”

While the Ohio Hospital Association and other groups have endorsed mandatory vaccines, most nursing homes in Northeast Ohio haven't taken that step, and no Cleveland area hospitals have either. (Though Cleveland Scene has heard Metro and some others might be nearing the decision to mandate vaccinations.)

The Ohio Hospital Association last week endorsed mandatory vaccinations for all hospital workers, and some hospitals in Ohio have established such policies, although no local hospitals so far have made vaccinations mandatory. As CityBeat previously reported, the major hospital systems in Cincinnati recently announced that they would require COVID-19 vaccination for employees, providers, contractors and volunteers by fall.

There’s been less discussion about nursing homes in Ohio despite Ohio’s poor record in getting nursing home employees vaccinated.

The Ohio Department of Aging has been trying for months to persuade nursing home workers to get vaccinated, a spokeswoman said Aug. 9.

“Ohio has prioritized these at-risk populations from the very beginning. We included nursing home and assisted living residents and staff in phase 1A of vaccine distribution,” Ohio Department of Aging spokesperson Tessie Pollock told the Sandusky Register. “Efforts continued when Ohio established one of the first vaccine maintenance programs in the country, ensuring each nursing home and assisted living facility had a plan to vaccinate new staff, new residents and those who recently decided the vaccine was the right choice for them. The Ohio Department of Aging hosted a series of live discussions with medical directors and peers answering staff questions about vaccines in early spring."