“Paid leave is the one item in the build back better agenda that can directly touch people’s lives across age, region, community type, family structure, party, ideology and life stage,” one advocacy group says. 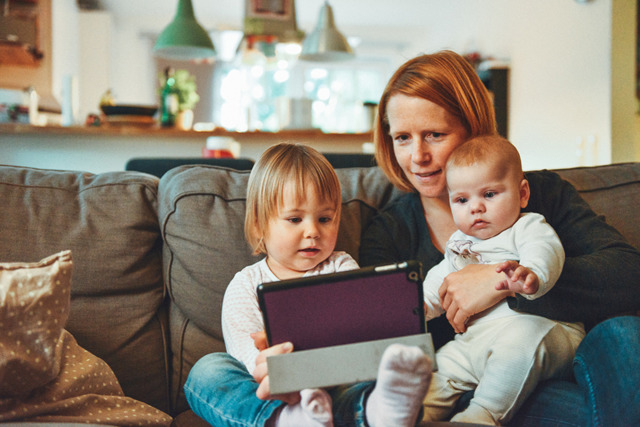 PHOTO: ALEXANDER DUMMER
Paid leave has been on the minds of advocates in Ohio for many years, and they’re seeing the possibility for better leave options as federal legislation heads from the U.S. House to the Senate.

Paid leave has been on the minds of advocates in Ohio for many years, and they’re seeing the possibility for better leave options as federal legislation heads from the U.S. House to the Senate.

At a meeting of the Ohio Children’s Legislative Caucus, members of the General Assembly heard from those who want to see not only federal movement in the “Build Back Better” spending bill on paid leave, but also from the state level, where several other states have started giving workers leave separate from the federal FMLA leave, which is unpaid.

That leave can come in several forms, McCleese said. Parental leave is the most commonly known form, for new parents. But a comprehensive plan would also include personal medical leave for longer-term health issues and caregiving leave, for those who can’t afford or don’t have access to care for children or elderly family members.

Columbus City Councilwoman Elizabeth Brown, who is also the executive director of the Ohio Women’s Public Policy Network, said state-level paid leave, like those implemented in California, New Jersey and Rhode Island, create not only a support system for new parents, but also to those who are treating and increasingly aging population.

“The reason we say ‘parents and caregivers’ is because paid leave is not just for when parents have a baby, it is for caregiving needs over a lifetime,” Brown said.

FMLA doesn’t help the situation, because the policy that was built in the mid-90s was made “for a different economy,” according to Brown.

“It was build around this idea that employers are large, so there were thresholds for the number of employees that a company must have in order to require this sort of job protection,” Brown said.

Though it is a nationwide leave program, economic shifts and a pandemic that impacted households make unpaid leave through the FMLA program hard to digest anyway.

“Because it’s unpaid leave, entire sections of the economy can’t even dream of taking it because they simply can’t afford to miss a week of a paycheck,” Brown said.

According to PL+US research, 84% of Black mothers in Ohio are the family breadwinner, along with 51% of white mothers, 57% of Latina mothers and 34% of Asian American/Pacific Islander moms.

Not having paid leave means employees have to leave the workforce, which impacts state economics along with the financial status of individual families.

“The bottom line is that paid leave means people, especially women, are not forced to leave the labor force to care for their families or their own health, which reduces turnover for employers of all sizes and it boosts the economy,” McCleese said.

The federal “Build Back Better” plan, which has passed out of the U.S. House and now in the Senate’s hands, originally looked at the ideal model of 12 weeks of paid leave for all types of workers. Amidst negotiations on the plan, that leave was cut to four weeks, then removed completely. Four weeks of “permanent, paid, comprehensive leave” has been put back in the U.S. House version of the plan, where McCleese said she hopes it will stay.

Four weeks may sound like a short string when compared to 12 weeks, but McCleese said it “lays the ground work for increasing weeks” and “provides a framework from which states like ours can really build on and grow.”

Ohio has seen attempts at paid leave in the past three GAs, but none has made it through to passage.