Families say they're getting mixed messages about support for their LGBTQ+ children. 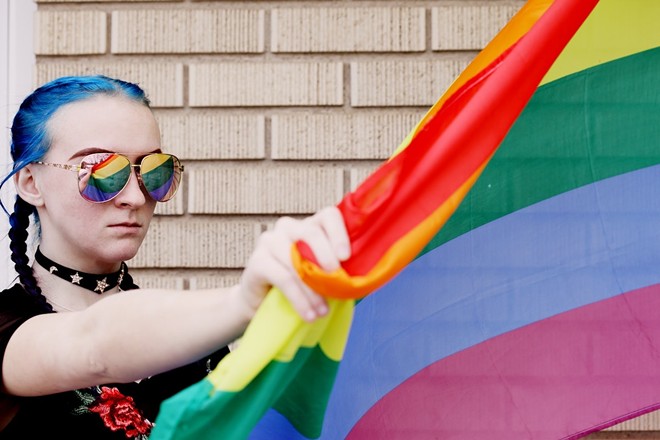 In the latest display of the tightrope Ohio schools are currently walking with regards to LGBTQ+ issues, one school district sent a letter to families that has left some parents confused, angry and ready to take action.

In response to a July court ruling putting a temporary halt on LGBTQ+ protections under Title IX, Kellogg wrote WCSD has “been working closely with legal counsel to ensure our staff has appropriate guidance…regarding how educators should work with members of the LGBTQ community.”

In the section on student pronouns, WCSD staff are to comply with a student’s request. But parents can override the student’s expressed desire of pronouns.


"If a parent/guardian indicates they do not approve of staff using the student’s preferred pronoun, staff should comply with that request."

With choice of names, WCSD allows students to ask staff to use a nickname. But again, override power is given to parents.


“If a parent/guardian requests that staff should not use the nickname provided by the student staff, should honor the parent’s request.”

It is unclear in the letter how parents/guardians would be informed about a student’s preference for pronouns and names. The Buckeye Flame reached out to Dr. Kellogg’s office for more information but has not yet received a response. 
The letter details that students should use the restroom “that corresponds to the gender documented on the official school record,” but that staff should work with students who express a need to use a different restroom.

Guidance regarding dress code expresses “flexibility as it relates to differences in gender identity.”

The section on LGBTQ+ topics in the curriculum, the guidance indicates that WCSD “strives to be inclusive,” but highlights that “parents and the community [have] the opportunity to review curriculum and materials.”

Some WCSD families have expressed confusion and anger at the guidance that they say contains mixed messages about supporting the experience of LGBTQ+ students and vague language where WCSD could be more specific about protections.

“As a Westerville graduate and current parent of a Westerville student, I’m incredibly disappointed, and frankly outraged, by the recent guidance the district communicated regarding the treatment—actually mistreatment—of students that are part of the LGBTQ+ community,” said Charity Grooms. “Teachers now have many obstacles preventing them from creating a safe space for an extremely vulnerable student population. School is the only safe space for some of these students, but the district cares more about protecting itself from negligible legal risk than the fragile lives at stake. Do better, WCS; retain new legal counsel.”

A group of parents and community members plan to attend the Sept. 26 WCSD Board of Education meeting to express their concerns.

The WSCD letter was sent two days after the State Board of Eduction announced they would be considering a resolution that rejects Title IX language that would protect LGBTQ+ students from discrimination.

This story originally was published by The Buckeye Flame and is republished here with permission.