Councilman Chris Seelbach says the measure he proposed is meant to keep the city from subsidizing poverty-wage jobs. 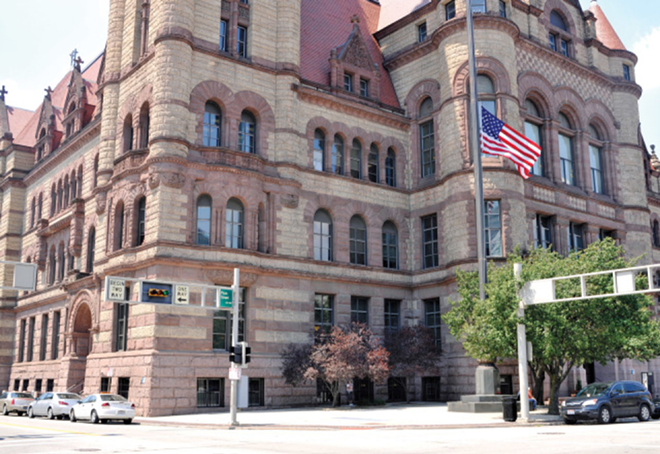 That has hamstrung efforts by Democrats on Cincinnati City Council to set requirements that employers pay above Ohio’s $8.10 an hour minimum wage. But Councilman Chris Seelbach is proposing legislation that may provide a partial end-run around the State House.

At an Oct. 12 news conference outside City Hall, Seelbach announced that he is introducing an ordinance that would tie job-creation tax incentives the city gives to companies to fair wages for their employees.

“We don’t want to be subsidizing through tax breaks jobs that put people in poverty,” Seelbach said. “If you’re making $8.15 an hour, that’s less than $16,000 a year before taxes. We are reinforcing that we’re only going to subsidize jobs that allow a person to not worry about being homeless or putting food on the table.”

“You can be very clear that the right thing to do is to make sure workers on projects subsidized by the city should be survival wages, not poverty wages,” Dillingham said at the news conference. “We are a Fortune 500 town, and there is enough. Our teachers in our schools, social workers providing mental health care, police and fire in the homes of our citizens see the effects of poverty caused by low wages.”

The city has given out millions of dollars in job creation tax incentives in recent years. They've been used to lure big employers to the city and were included in the city's biggest incentive package ever — a deal that enticed General Electric to build a global operations center at The Banks. That office employs just less than 1,400 people. The city rebates 85 percent of their earnings taxes back to GE.

The employees at that facility make high salaries — the average is around $80,000 a year. But other jobs lured into the city with those tax incentives don’t always pay high wages, Seelbach says.

The city has made 39 job creation tax credit deals over the past five years totaling about $95 million. The information used for these deals is simple: the number of jobs and the average annual wage of the jobs created or retained. Usually, individual salary or wage information for each job isn't disclosed, so council doesn't know the minimum salaries for low-end jobs.

“We’re 100 percent sure that there are (jobs getting the incentives that don’t pay high wages), but we don’t ask,” Seelbach says. Currently, the city simply accepts the average wage of all the jobs in an incentive package. “We ask the average salary, and if you’re creating a job, you get a tax break. This will ensure we’re asking that question.”