Crossroads Church in Oakley invited a transphobic speaker from the same religious group to give a sermon in 2021.

An Ohio bill that would send public education money to private schools if a student chooses to attend one was written with help from religious lobbying group the Center for Christian Virtue and a think tank that promotes charter schools.

Ohio House Bill 290 — colloquially referred to as the “Backpack Bill” — would allow “families to choose the option for all computed funding amounts associated with students’ education to follow them to the public and nonpublic schools they attend.”

The Center for Christian Virtue’s (CCV) support of HB 290 has been well known, with CCV President Aaron Baer speaking at a press conference for the bill last October. [CityBeat note: The Center for Christian Virtue previously was known as Citizens for Community Values. The Columbus Dispatch has reported frequently on both CCV and Baer, who has lobbied against bills and actions that support LGBTQ+ rights. In 2021, CCV policy director David Mahan gave an anti-transgender sermon at Crossroads Church in Oakley. Brian Tome, senior pastor at Crossroads, had approved Mahan's visit, and members of the community staged a protest against Crossroads, Tome and Mahan.] 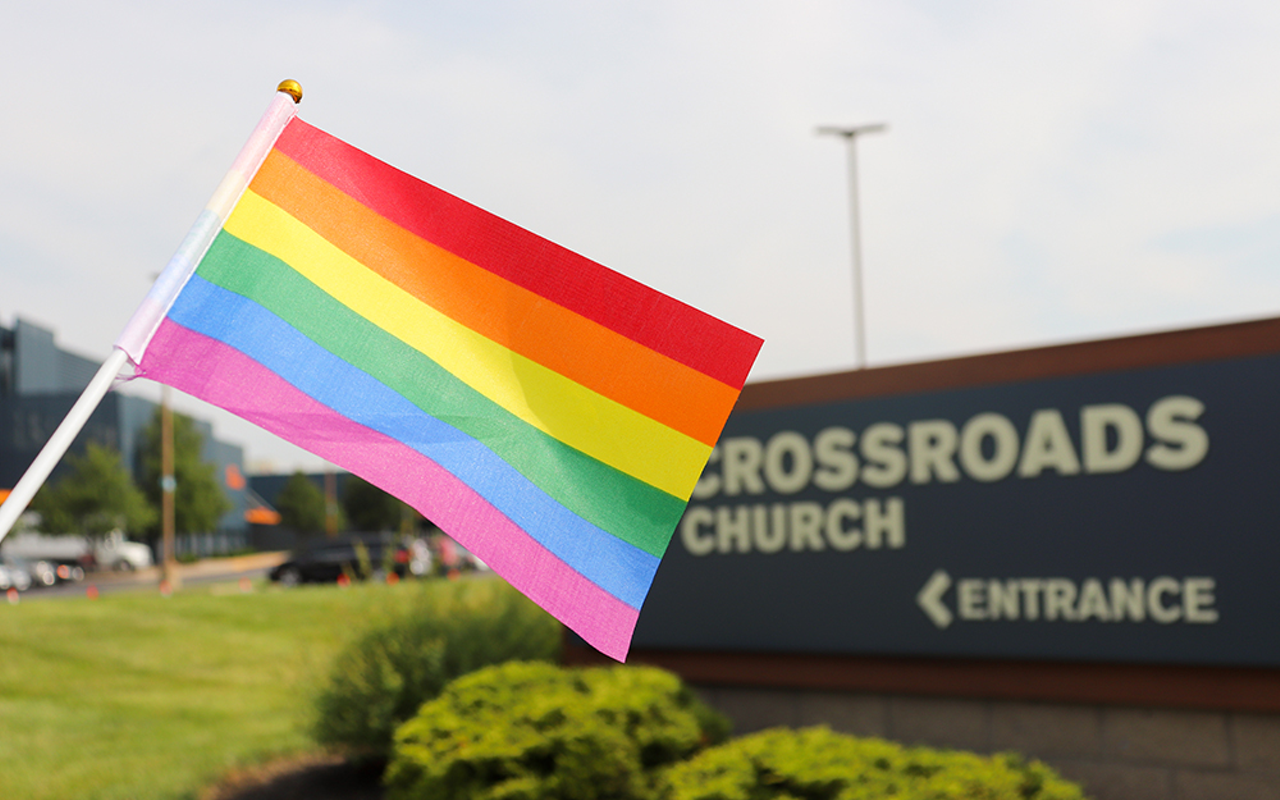 
CCV created a website on its behalf, and said it “empowers families to choose the educational option that best meets their needs” in a press release.

Initially, CCV’s role in introducing HB 290 would appear minimal, relegated to cheering on John and McClain.

However, documents obtained by the Ohio Capital Journal through a public records request reveal CCV’s involvement in HB 290 has been more extensive than previously known, and included the advice and promotion of outside groups like Heritage Action and the American Legislative Exchange Council (ALEC).

In the email sent on Feb. 8, 2022, McClain’s then-aide says she submitted the document “for your review” and asks they let her know if “there are any additional thoughts or comments I can pass along to LSC” — the nonpartisan Legislative Services Commission that assists lawmakers with the technical drafting of legislation.

“Thanks for forwarding this,” responded CCV-affiliated Ohio Christian Education Network Executive Director Troy Mclintosh the next day. “I think this accurately reflects the discussion we had.”

When Mclintosh asked if McClain and John are drafting a sub bill with phased-in eligibility for private school students, the aide answered saying, “I can have another version drafted with the phase in,” and asked for “examples or guidance in terms of what I should instruct LSC to do.”

In an email from Feb. 14, Vidales summarized talking points for McClain and John ahead of their Feb. 15 testimony before the Ohio House Finance Committee.

“Not funding private schools, we are funding families,” Vidales said. “If you think it’s defunding public schools, why? If parents have the option to leave, will they? Accountability- if a private school fails, families can leave. Public schools don’t have this.”

Vidales also sent emails sharing numbers on pandemic learning “in advance of our strategy call today,” and an attachment of CCV counterarguments against claims in a lawsuit in Franklin County Common Pleas Court against Ohio’s private school funding program that was brought by the Ohio Coalition for Equity & Adequacy of School Funding, a group of 100 public school districts.

Vidales said McIntosh would be following up with studies about parent satisfaction, which he later did.

In her testimony, John said, “Child outcomes are better, and parent satisfaction — one of the best metrics of student success — is significantly higher,” referencing the two studies shared with her by Mclintosh the previous afternoon.

John later said that HB 290 is not an “anti-public school bill” but rather a “pro-child, pro-parent, pro-family bill.” Throughout the two legislator’s testimonies, CCV president Aaron Baer can be seen watching in the background.

Amid the Columbus City Schools strike this week, the Columbus Dispatch reported Tuesday, the Center for Christian Virtue purchased advertising on six billboards around Columbus promoting a website for the legislation. The website attacks the Columbus school district as “failing students,” and promotes private schools.

The Center for Christian Virtue wasn’t the only interest group involved in creating the backpack bill.

Mclintosh sent a draft of the bill to Stephanie Kruez, a regional director for Heritage Action, the policy arm of the right-wing think tank, The Heritage Foundation.

In 2021, Mother Jones published an article in which Heritage Action Executive Director Jessica Anderson admitted to crafting voter restriction laws in states throughout the country, using “sentinels” to give them a “grassroots, from the bottom up, kind of vibe” and occasionally drafting the laws on behalf of lawmakers.

Responding to McIntosh on March 16, Heritage Action’s Kruez admitted she hadn’t had the conversations yet on what changes would be “essential for Heritage to support the bill,” but said Heritage is “looking to get more involved in school choice bills going forward, and more active in state legislatures in general.”

Kruez mentioned having “ran the text by Johnathan Butcher,” Heritage’s policy analyst, and then went over the bill, pointing to specific lines with revisions and comments.

Other suggestions included, “Lines 104-110 should be outsourced to a private contractor,” and “it needs an appeals process for parents who violated the statute intentionally or unintentionally.”

Mclintosh emailed her back the next day calling Kreuz’s comments “helpful” and saying CCV would “love to have Heritage’s support behind this.” 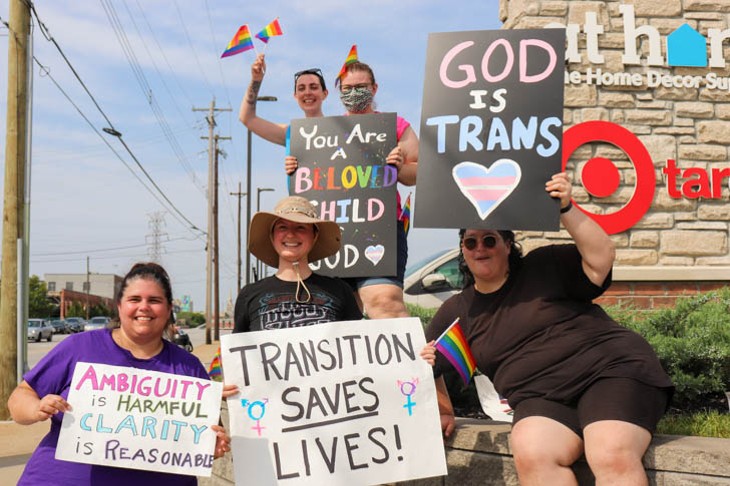 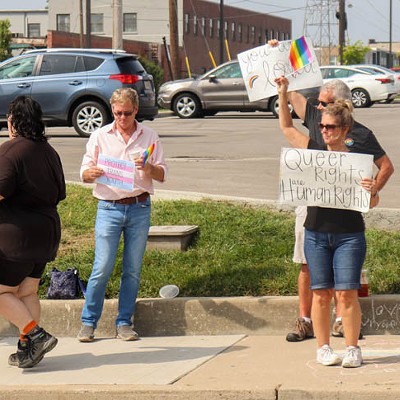 McIntosh then forwarded the thread to McClain and John, asking them to “take a look and see if you think there are things we could implement to improve the bill.”

“Would be great to win their support for this,” he said. “Some of their feedback is helpful, some I really don’t understand where they are coming from.”

Kruez, who answered the phone by stating her name when contacted by the Capital Journal to discuss her work on HB 290 — and what role Heritage Action plays in school choice bills across the United States — hung up.

Heritage Foundation data analyst Connor McCarthy was asked if such line-by-line reviews with lawmakers of proposed legislation are a common occurrence with Heritage Action.

“Heritage Action for America allows unprecedented mobilization of and communication with concerned citizens who want to be part of the national dialogue with members of Congress, and they work closely with experts at The Heritage Foundation to promote Heritage policy and hold our nation’s leaders accountable,” he said.


A legislative aide to John included in the email chains was also asked about Heritage Action’s influence on HB 290.

“HB 290 was crafted by Representatives McClain and John through stakeholder meetings with internal and external sources, other state agencies, and members of the public. They also looked at legislation that has been crafted and/or passed in other states,” he said.

On May 24, CCV held a luncheon for lawmakers at the Statehouse on HB 290 hosted in partnership with the American Legislative Exchange Council (ALEC). ALEC is an organization of conservative and right-wing state legislators known for producing model legislation for introduction in state legislatures across the country.

In a May 6 email invitation to state Rep. Christopher Plummer, records show, Mcintosh calls the get together a “lawmaker policy luncheon” where HB 290 will be discussed. Promotional material for the event called it the “Backpack Bill Briefing.”

The Center for Christian Virtue also did not respond to requests for comment.