Riverfest/WEBN Fireworks Road Closures: What You Need to Know

Keep these road closures in mind to avoid getting stuck in traffic on Sept. 4. 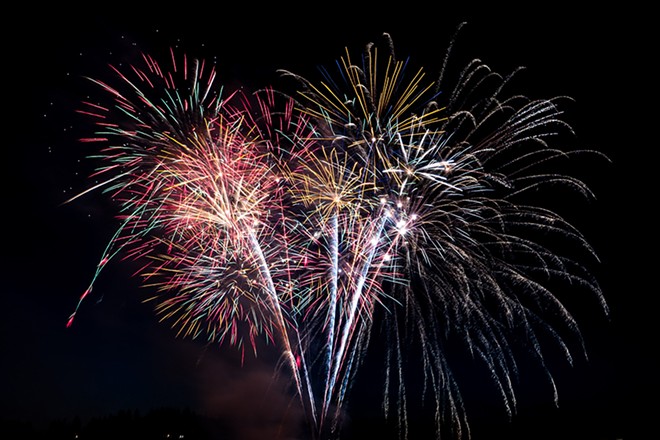 Cincinnatians are getting ready to make their annual pilgrimage to the banks of the Ohio River — and any building with a riverfront view — for the 46th Riverfest firework display.

Launched more than four decades ago to celebrate the 10th anniversary of radio station WEBN (102.7 FM), this Labor Day bash officially signals the end of summer with a series of colorful explosions in the sky.

In addition to food, music and one of the largest firework shows in the Midwest set to music from host WEBN (you are 100% guaranteed to hear “Smoke on the Water”), festgoers can expect to see half a million other humans — and some major traffic jams.

Riverfest's Rozzi’s Famous Fireworks show will start at 9 p.m. Sept. 4. But the Riverfest party kicks off at noon at Sawyer Point and Yeatman's Cove.

And road closures begin shortly after.

The city of Cincinnati suggests everyone plan ahead, know where they want to go, arrive places early and use public transportation when possible. They expect over a quarter of a million people will be coming to Cincinnati's riverfront to enjoy the celebrations. Parking will not be available downtown south of Ninth St. after 11 a.m. Sept. 4. Roads and bridges will start closing at 6 p.m., so the city suggests you get to where you need to go before then.

According to the city of Newport, you'll need to pick which side of the river you want to be on before 6 p.m., which is when most bridges and roads will close. Pedestrian traffic will also be closed on the Taylor Southgate Bridge at 7:30 p.m. Sept. 4. The city warns that travelers should expect long traffic delays.

The City of Covington says the following rules and closures apply to "Devou Park and what’s called the downtown Riverfest Impact Area – the area north of East Fourth Street between the Licking River and Madison Avenue, with a contiguous section from Madison to Johnson Street along West Rivercenter Boulevard."

Everything You Need to Know About Cincinnati's Western & Southern/WEBN Riverfest Fireworks: This Labor Day bash officially signals the end of summer with a firework display — and tons of traffic jams.