Trump, Pence to Rally in Cincinnati in August

The president and vice president will bring their "Keep America Great" campaign to the Queen City Aug. 1. 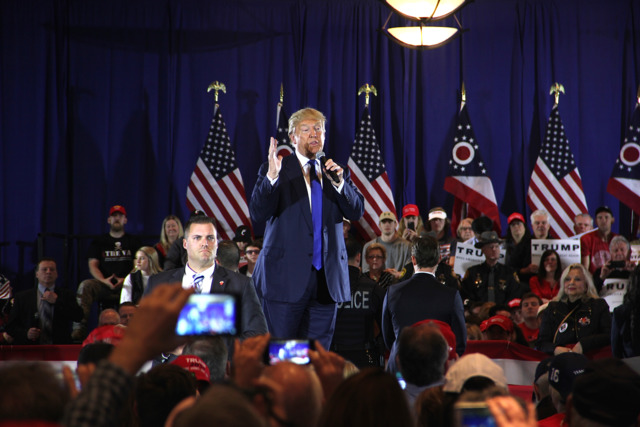 Nick Swartsell
Donald Trump at a 2016 rally in West Chester

President Donald Trump and Vice President Mike Pence will appear in Cincinnati this summer as the 2020 presidential campaign season ramps up.

The appearance at U.S. Bank Arena Aug. 1 will be the president's fourth in Cincinnati since his 2015 campaign. Trump, a Republican, lost Hamilton County to Democrat Hillary Clinton by roughly 10 points in 2016, though he won Ohio overall by eight points that year.

Trump is expected to highlight the nation's economy, including its low unemployment rate, at the rally.

At past local rallies, opponents of the president have held protests decrying Trump's strict immigration stances, among other issues.