Wanted in Kentucky, seemingly immune to arrest in Ohio

Neither judge, prosecutor nor sheriff in Hamilton County show any interest in detaining Stan Chesley.

More than a year after a Kentucky judge ordered the arrest of high-profile former lawyer Stan Chesley, it appears less and less likely that the Ohio criminal justice system will have anything to do with his apprehension.

The arrest warrant, issued Oct. 29, 2015, by Boone County Circuit Judge James Schrand, has become something of a loose skunk in the Hamilton County courthouse. The warrant is still active, and the Boone County Sheriff’s office would like it to be served. But Hamilton County’s top law enforcers have circled their wagons to protect Chesley, an Indian Hill resident, from the shame of being booked in Burlington.

As detailed by news outlets all the way up to the Wall Street Journal, Schrand issued the contempt-of-court warrant after Chesley failed to show up for a hearing on an unpaid $42 million civil judgment. About $25 million of that remains due to fen-phen scam victims who were further scammed by Chesley and three other lawyers who represented them. Kentucky barred Chesley from further plying his trade as a lawyer in the state. He retired before Ohio and other states followed suit. 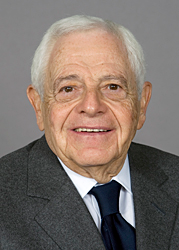 Soon after he became a wanted man, Chesley filed suit in Hamilton County to stop Sheriff Jim Neil from arresting him. Boone County was not a party to the suit and wasn’t able to defend the warrant. On Nov. 19, 2015, Hamilton County Common Pleas Judge Robert Ruehlman declared the warrant “ambiguous concerning the nature of Chesley’s purported contempt.” He wrote that Chesley is “entitled to preliminary relief holding that the warrant needs extraordinary treatment and handling in Ohio.” He ordered that any attempt at arrest go through him first.

The Boone County Sheriff’s office, three criminal lawyers and a judge told CityBeat that Ruehlman’s action was unusual. Mark Godsey, a former attorney and federal prosecutor now on the faculty of the University of Cincinnati College of Law, was gobsmacked by it.

“In nearly 25 years in criminal law, as both a prosecutor and defense attorney, I have never seen an order like this, where a court does not accept a warrant from another state,” Godsey said.

The matter is at a standstill today. Neil has not filed any objection to Ruehlman’s injunction, and a spokeswoman for Neil’s attorney, county Prosecutor Joe Deters, won’t answer CityBeat’s questions about the case.

Ruehlman was the same judge who was upbraided by the Ohio Supreme Court in June for derailing the collection of the $25 million judgment when he had “no legal authority” to do so. Ruehlman later dismissed that case and, in September, relieved himself of the Chesley arrest warrant case. Why? “For the reason that this is in the interest of justice,” he wrote in a one-sentence sendoff.

It was the last entry in what remains an open proceeding. But more than three months later, the court’s Assignment Commissioner still hadn’t “rolled” the lawsuit to another judge. Only after CityBeat brought the orphan case to the attention of Court Administrator Patrick Dressing was it reassigned last week. And what lucky judge was randomly chosen by the courts’ computer? Megan Shanahan, who is on maternity leave. If the case was “in the interest of justice,” as Ruehlman wrote, it was not reassigned further for more immediate attention.

Jim Beach, in charge of extradition at the Boone County Sheriff’s Department, says Hamilton County routinely detains people on Boone County warrants. But Deters, as CityBeat detailed in September, has a special relationship with Stan Chesley.

When Deters opted to make himself a part-time prosecutor in 2009, it was to partake of the more lucrative paydays in private practice. At the time, Chesley and his former firm were still racking it up from class-action lawsuits and other litigation. He hired Deters for $200,000 a year. Between his five years with the dethroned King of Torts and his $990,000 slice of a big civil settlement, Deters grossed at least $2 million during that run.

Chesley also gave $2,500 toward Deters’ re-election campaign in 2012. When Deters saw Chesley’s name on that 2015 arrest warrant, he didn’t just see a suspect; he saw a former peer, an ex-colleague and a not-so-distant meal ticket.

Angela Ford, the Lexington, Ky., attorney who represents the fen-phen victims, is appalled by Hamilton County's refusal to serve the warrant.

"Judges are not empowered to selectively enforce the law," she says. "Joe Deters has received a great deal of money from Stan Chesley and his office clearly has a conflict of interest. Governor Kasich should give some attention to this level of lawlessness. What if Kentucky decides not to honor arrest warrants from Ohio?"