This weekend has everything from an Oktoberfest to a Bengals game to a swim across the Ohio River. 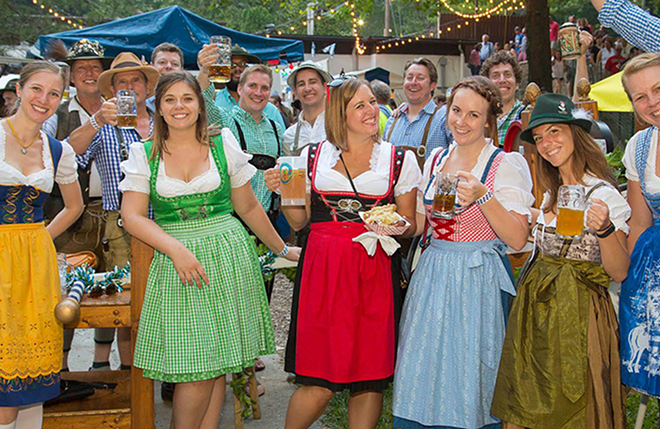 Germania Society Oktoberfest
The Germania Society is hosting its 50th Oktoberfest this weekend — the event's first time back since 2019, thanks to the pandemic. Self-proclaimed as "Cincinnati's original and most authentic Oktoberfest," this event promises tons of German food, German music, German merchandise and, of course, German beer. There will be an area devoted to kids, with a playground and free inflatables, while adults enjoy games like a beer-mug-sliding competition and a masskrugstemmen — or stein-holding — contest. Buy imported goods, imported beer and gorge on Oktoberfest chicken and hand-rolled sauerkraut balls. Note: This event is cashless. Please bring your credit card. Must purchase pre-paid parking if you want to park on-site. 6-11 p.m. Aug. 26; 2-11 p.m. Aug. 27; noon-7 p.m. Aug. 28. $5; free for those under 12 and veterans (with current ID). Germania Park, 3529 W. Kemper Road, Pleasant Run, germaniasociety.com.

Cincy Brew Ha-Ha
The 13th Cincy Brew Ha-Ha comedy and beer festival takes over Sawyer Point this weekend. There will be more than 25 comedians spread across three stages — including headliners Zainab Johnson on Friday and Robert Kelly on Saturday — plus more than 40 different craft beers to try, per an event description. Johnson is known for her stand-up and also for playing Aleesha on the Amazon series Upload. Kelly, who played Louis C.K.'s brother on TV show Louie, has a one-hour special titled Robert Kelly: Love at the Village Underground streaming now on Netflix. 5 p.m.-midnight Aug. 26 and 27. Admission is free; $21 for a beer wristband and three pours; $7 each additional beer ticket. Sawyer Point, 705 E. Pete Rose Way, Downtown, cincybrewhaha.org.

Art After Dark
Art After Dark is going to be da bomb this weekend as the Cincinnati Art Museum takes it back to the 1990s with "Drop It Like It's Hot." If you want to look like all that and a bag of chips, put together you best dELiA*s catalog duds or go full Jordan Catalano for a silent disco, docent-led tours of current exhibits — including free admission to Unlocking an Art Deco Bedroom — and food and drink for purchase. Y2K costumes encouraged. 5-9 p.m. Aug. 26. Free admission. Cincinnati Art Museum, 953 Eden Park Drive, Mt. Adams, cincinnatiartmuseum.org.

Cincy Wing Week
The second annual Cincinnati Wing Week has returned. Wing lovers have the opportunity to visit participating Cincinnati Wing Week locations to enjoy (or takeout) six wings for just $7. With over 40 restaurants serving up their take on the wing, there’s a little something for everyone — even a few vegetarian options. Check in at four or more locations and be entered to win $250 in gift cards. See CityBeat's list of the spiciest wings to try.Through Aug. 28. Multiple locations. More info: cincywingweek.com. 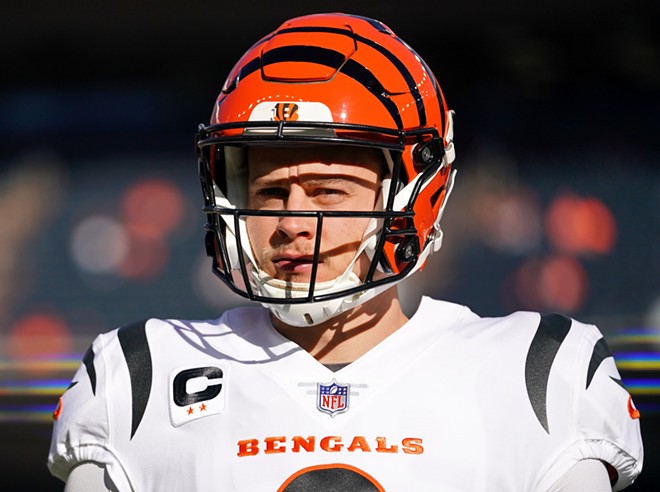 Cincinnati Bengals vs. Los Angeles Rams Pre-Season Game
With two straight losses, the Cincinnati Bengals aren't off to a spectacular start in 2022, but if anything sets the tone for the season, Saturday's game will. In their third and final pre-season game, the Bengals will take on their Super Bowl LVI foes, the L.A. Rams. During that game, the Rams closed the gap and overtook the Bengals in the final two minutes. But the 2021 team was known for pulling out miracles, and the 2022 team has retained many players who can do the same, including Ja'marr Chase, Evan McPherson, Tee Higgins and Sports Illustrated cover boy Joe Burrow. Starting at 3 p.m., fans can rally for the Bengals during a pre-game party at The Banks, enjoying live music, games, face painting and more. 6 p.m. Aug. 27. Tickets start at $50. Paycor Stadium, 1 Paul Brown Stadium, Downtown, bengals.com.

Our Block Party
Northside-based arts nonprofit PAR-Projects is hosting Our Block Party this weekend, an event it is calling an "arts-based extravaganza." Attendees can expect an art market with hand-crafted local goods plus a Rhinegeist beer garden,  mobile wine bar and live music. The music stage, sponsored by local Jewish arts and culture nonprofit ish, will feature Patterns of Chaos, Daniel Moss and Siri Imani with Jess Lamb & The Factory. The Gallery at Studeō PAR will also be open during the event where you can see the newest exhibition, JAM!. 3-10 p.m. Aug. 27. Free admission. Hoffner Street, Northside, parprojects.com. 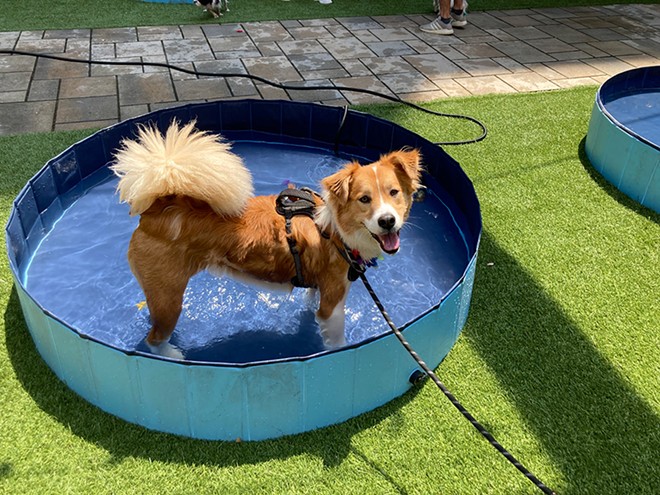 Puppies & Pours at Hotel Covington
Coppin's is hosting a furry day of fun on its patio this weekend. Pups and their parents are invited to Puppies & Pours, featuring doggie pools, treats from Pet Cakes and plenty of photo ops. There will also be curated cocktails for dog owners to enjoy. RSVP is requested. 2-5 p.m. Aug. 28. Free admission. Coppin's Restaurant & Bar, Hotel Covington, 638 Madison Ave., Covington, hotelcovington.com.

Great Ohio River Swim
Hundreds of swimmers will take to the Ohio River during the open-water Bill Keating, Jr. Great Ohio River Swim this weekend. Officially named after Keating — one of the first people to sign up for the inaugural event in 2007, who later lost a battle with brain cancer — this is a fundraiser for local nonprofit Adventure Crew, which "connects city teens with nature." Swimmers will push off from downtown's Public Landing and make their way across the river, which will be closed to traffic, to Kentucky and back — about half a mile. The swim will be rescheduled for Sept. 11 if conditions are unfavorable. On-site registration opens at 7 a.m. Aug. 28 with mandatory safety instructions at 8 a.m. $40 adults; $35 collegiate; $25 youth. Public Landing, Downtown, greatohioriverswim.com.