In the late 1880s, journalist Nellie Bly feigned insanity to investigate the brutality and neglect at the notorious Women’s Lunatic Asylum on Blackwell’s Island 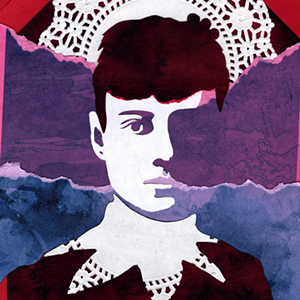 Women did not receive much regard in the late nineteenth century. In 1880, an essay published in a Pittsburgh newspaper suggested that girls were principally good for bearing children and housekeeping. That opinion irritated Elizabeth Cochrane, who wrote a response using a pseudonym — “Lonely Orphan Girl” — that duly impressed the paper’s editor. He located her and eventually gave her a full-time writing position. As was the custom of the day, she took on a pen name, Nellie Bly, after a character in a popular song by Stephen Foster.

She left Pittsburgh in 1887 to continue her career in New York City, where she convinced an editor at the New York World that she could feign insanity and investigate the brutality and neglect at the notorious Women’s Lunatic Asylum on Blackwell’s Island (known as Roosevelt Island today). She had to convince authorities that she was a candidate for commitment, which she did. The piece she subsequently wrote, “Ten Days in a Mad-House,” was an exposé that shocked many readers and resulted in significant changes in the care rendered at the asylum.

InBocca Performance has translated this intriguing episode — Bly is generally credited with being an early proponent of investigative journalism — into a performance piece using movement and choral delivery by five female performers. Four of them (Brandi Botkin, Mandie Reiber, Ashley Morton and Kelly Lumbert) are positioned motionless onstage as the audience enters Gabriel’s Corner’s performance space. They gasp occasionally, have a spasm of motion, then return to a frozen pose. As the action begins, Kate Stark as Nellie explains her plan of action. All five shed long dark skirts and tops and don institutional hospital gowns. Their synchronized movements and choral delivery convey the desperate conditions of the inmates — a horrific world that Bly is drawn into. She and others are subjected to numerous indignities and malnourishment. These are experiences that would be enough to drive anyone into madness. After a week and a half, Bly is grateful to escape and report on the experience.

Conceived and directed by Caroline Stine, it’s a gripping story. But it doesn’t really go anywhere; once Bly gets out, it stops. She mentions that, after her story caused the asylum to clean up its act, she visited and found no evidence of the women who were incarcerated when she was there. That’s a sadly unanswered question. We also don’t learn more about how her ambitious journalism established her career in a profession that few women had previously attempted.

That being said, the five actors are clearly committed to this story, which they execute with serious intent. Their physical performance — taking turns as inmates and persecutors — is both moving and evocative of the dreadful treatment the inmates were subjected to. Stark’s delivery as Bly is forthright, an appropriate portrait of this brave woman.