Shields will talk about his work at Contemporary Arts Center's Black Box Theater ahead of his exhibition at Miller Gallery. 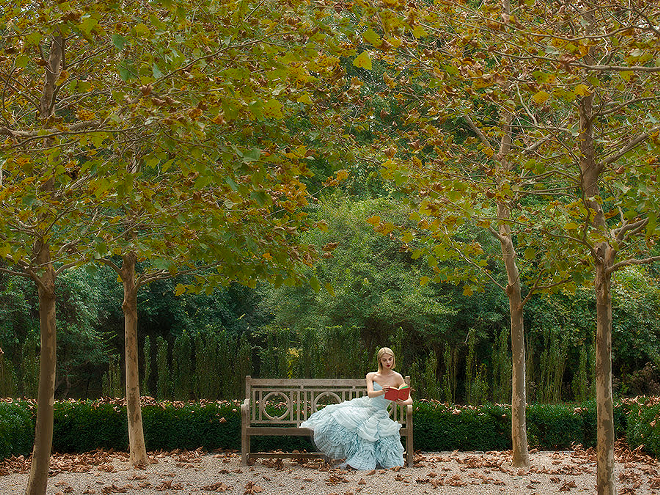 L.A.-based photographer Tyler Shields has accrued several nicknames over the course of his career: the Warhol of his generation; the bad boy of photography; and Hollywood's favorite photographer. Known for his trademark edgy style, Shields returns to Hyde Park's Miller Gallery this week for the opening of his Fairytale exhibition. The opening reception is Nov. 14 from 6-9 p.m.

He has photographed everyone from a shirtless mud-covered Northern Kentucky-native Josh Hutcherson to a knife-wielding Lindsay Lohan. He was also behind the now-infamous 2017 portrait of comedian Kathy Griffin holding a decapitated and bloody mannequin head of President Trump. Other subjects include Demi Lovato, Aaron Paul, Dave Franco, Emma Roberts and Mischa Barton.

Shock value is certainly at the center of Shields's work.

“I like the idea of being able to tell different stories,” Shields says in the press release. “There are themes that run through my work, but I like the idea of playing with different worlds that go from Marie Antoinette, to the 1960s, to the modern day.”

A native of Jacksonville, Florida, Shields came onto the scene first as a professional inline skater. In 2003, he toured with Tony Hawk and began posting his photographs online. Self-taught, he often credits the internet for initially getting his work recognized. Aside from numerous gallery shows, Shields has also worked on campaigns for the likes of Nike, Adidas, Playboy, Harley Davidson and more. In 2013 he published his first book The Dirty Side of Glamour, and, in early 2017, his second, Provocateur. The following year a YouTube documentary of the same name was released.

Ahead of Fairytale's opening, an artist talk will take place Nov. 13 at Contemporary Arts Center's Black Box Theater from 6:30 p.m. to 7:30 p.m. You can catch Fairytale at Miller Gallery through the end of December. More info: millergallery.com.