Parts of Cincinnati Now Smell Like Semen, Which Means the Bradford Pear Trees Have Bloomed

The stinky tree is actually an invasive plant, which Ohio will place a purchasing ban on starting in 2023. 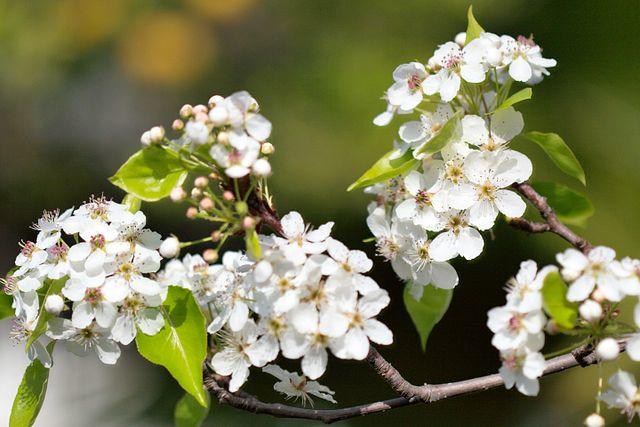 That semen-y smell, also described by many as a dead-fish-like waft, is coming from aggressively floral Bradford pear trees, which have bloomed all over Cincinnati.

As the name suggests, the trees produce pears. And while not ideal for human consumption, birds love them and drop the fruit and seeds across the area and forests, promoting rampant spread of the trees, says an article from Great Parks of Hamilton County.

The Bradford pear's popularity has waned since first being introduced to America from their native China some 70 years ago. It's now considered an invasive species.

"Unfortunately for us, the trees have a high survival rate," reads the post from Great Parks, which also describes their scent as being enough to make you gag. "Their seeds can germinate after being dormant for a many year period, they have large roots that allow them to regrow after being cut and the birds love their fruit, spreading them into our forests. With climate change, the pear trees are able to survive what would have normally been colder climates."

All of which is why Ohio will be placing a ban on purchasing the trees starting in 2023.

Great Parks also suggests replacing any existing Bradford pears on your property with a native tree — something that will "help out local pollinators" and offer a "sweet succulent smell" that doesn't mimic rotting seafood.

As our good pals at CityBeat's sister paper in St. Louis noted in 2017 upon the premature arrival of spring, if everyone remains dead set on ecological calamity and screwing over humanity, we might as well smell like it.

Portions of this story were borrowed, with permission, from our sister paper Cleveland Scene.