Where to Watch This Week's Perseid Meteor Shower in Cincinnati

This annual celestial summer event is producing shooting stars this week, with a special viewing at Stonelick State Park on Thursday. 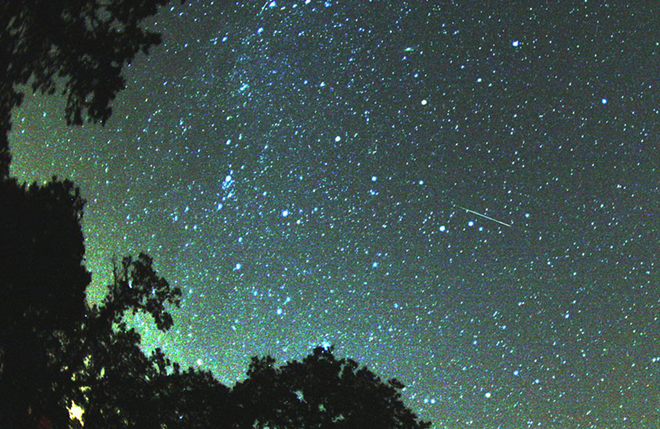 If you look up at the night sky this week, you may catch a glimpse of a shooting star.

Or a meteor, to be more exact.

The popular Perseid Meteor Shower has returned with peak viewing times midnight-4 a.m. Aug. 12 and 13 (the meteors also were viewable Wednesday night). In addition, you might see a stray meteor earlier in the night for "a few days on either side of the peak," says Cincinnati Observatory Astronomer Dean Regas.

"The Perseids are tiny specks of ice and dust that come from the tail of a comet: Comet Swift-Tuttle. Every year, Earth slams into this cosmic debris to create these shooting stars," Regas says on the Cincinnati Observatory website.

According to NASA, "The Perseids will appear as quick, small streaks of light: they get their name because they look like they’re coming from the direction of the constellation Perseus."

For optimal viewing, join Cincinnati Observatory members at Stonelick State Park (2895 Lake Drive, Pleasant Plain, Ohio) on Aug. 12 for a free public event. Gates will open around sunset. Stargazers will set up in the parking lot before the swimming beach.