With the Under Cover Book Club, You Never Know Where in Cincinnati You’ll Find Your Next Favorite Book 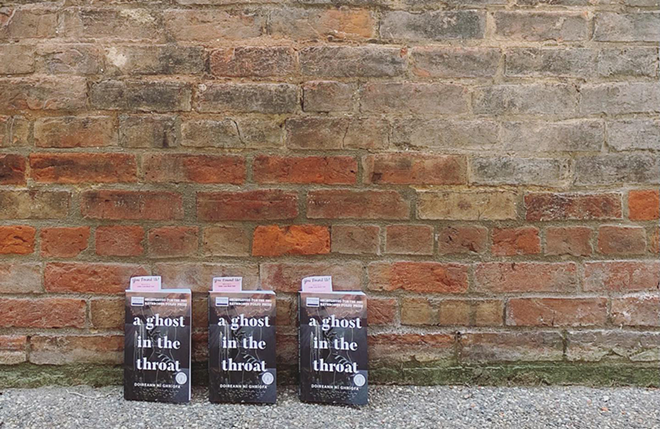 Photo: facebook.com/undercover513
Under Cover Book Club is like a literary scavenger hunt.

It’s a Saturday. You’re at Findlay Market with your itemized list and reusable grocery bags, and you’re ready to enter the slipstream of market-goers.

You stop into Madison’s for local veggies, Gibbs Cheese and Sausage for a week’s worth of cheddar and Deeper Roots Coffee for a bag of beans, and then you notice something out of place. It’s a book leaning up against the bricks in an alleyway. It looks brand new. “Who would leave this here?” you think.

Samantha Evans, that’s who, and she left it there for you to find.

Evans created Under Cover Book Club (UCBC) in 2018 “to help people continue to read, to continue to learn,” she tells CityBeat. You could call it guerilla literacy. Evans calls it “glorified littering.” However you classify it, the core purpose of this project is to promote literacy and connect readers in Cincinnati to one another.

And as UCBC continued to grow from a seedling idea, Evans asked herself, “How can I connect with my community within this group of people?”

She moved her idea to Instagram (@undercover513), launched a website (undercover513.com) and created a space where readers and writers can collectively geek-out about literature. Ever since, she’s been finding new ways to connect her followers with the authors whose books she spotlights each month.

“For book-lovers, authors are celebrities, right?” Evans says. “Talking with them allows us to humanize them, find similarities with them.”

She interviews authors for UCBC and posts soundbytes of them reading snippets of their books under the tab “Bedtime Stories” — “like a mini audiobook,” she says.

All this leads up to a monthly scavenger hunts in different neighborhoods, where Evans inconspicuously leaves books on windowsills and leans them up against brick walls then drops coordinates to their locations on social media.

“It’s part literacy project, part geocaching,” says Em Meurer, who has attended a handful of Evans’ scavenger hunts, but has struck out each time.

And while she hasn’t found a book, she has connected with a pocket of the reading community in Cincinnati, which was Evans’ intent for UCBC all along.

“I’ve never actually been able to find (any books). Other people get there first,” Meurer says. “But I’ve met other people looking for them and chatted with them, and now I’m friends with a bunch of people on Instagram from (UCBC).”

As the popularity of Evans’ scavenger hunts has grown, they’ve evolved from casual passersby finding a book resting neatly on a windowsill to mobs of hungry bookworms determined to go home with at least one book.

Those who would prefer not to be rushed in the search for books can skip the hunts and subscribe to a tier of membership through the UCBC Patreon. Five bucks a month gets you a membership card and a sticker. Twenty bucks a month and you can get all of that plus one book delivered to your doorstep monthly. For $50, you also get a limited-edition UCBC branded tote. 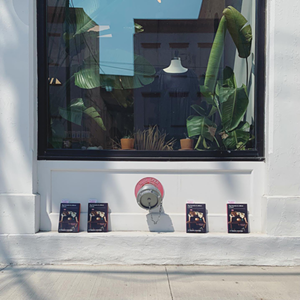 Photo: facebook.com/undercover513
Club founder Samantha Evans has hidden books in different places around the city, including at Findlay Market.

But people like Tiena Britton Bruner, one of UCBC’s frequent finders, go to great lengths to snatch up books at a scavenger hunt, including roping a partner into driving a getaway car. In some cases, Britton Bruner’s methods still haven’t been stealthy enough to get to the books before others did.

“I was hunting with some quick people. I’d get to a spot (where) there were supposed to be four books — that’s a pretty good number of books to find — and they’d be gone. There was no one around,” she says.

Britton Bruner is a Cincinnati transplant who moved here with her husband over a decade ago. Through UCBC, she’s been able to explore parts of the city she hadn’t experienced before.

“I don’t know much about this city, but I’m learning,” she tells CityBeat. “I didn’t realize how bookish Cincinnati is.”

Britton Bruner has found plenty of fellow avid readers in the city through UCBC, the #bookstagram hashtag on Instagram (consider it a club for lit fans, or a subreddit), and bookstores like Downbound Books in Northside, which specializes in hand-picked titles that are — and aren’t — on The New York Times Best Sellers list. She endearingly refers to Downbound as a “treasure trove of independent and local authors,” with plenty of authorial debuts.

When compiling her monthly scavenger hunt lists, Evans seeks out books from small publishers and authors who have yet to garner national attention or are just releasing their first novel. With a few exceptions, Evans tries to stay away from best-selling popular fiction “unless it’s popular because it’s just that good,” she says.

For example, in May, Evans hid Crying in H Mart by Michelle Zauner, who is better known as the lead singer of Indie Rock band Japanese Breakfast. While Zauner didn’t need a boost to fame, this was her debut memoir about tapping into her Korean roots through food as a coping mechanism after her mother’s death.

“I want to support (debut) authors, because I can’t imagine, especially as a first-time author, what it’s like to have (your book) out in the world,” she says. “And I want to support small publishers, because with technology, people are straying away from (physical) books.”

Some books Evans hid in August include The Savage Instinct by M.M. DeLuca, a psychological thriller set in Victorian England; Animal, the debut novel by journalist Lisa Taddeo, an exploration of female rage and male violence; and In the Quick by Kate Hope Day, about an astronaut trying to locate her uncle’s missing spacecraft. Genres run the gamut from memoir and adventure stories to subversive modern fiction and deep fantasy.

At first, Evans was reluctant to reach out to publishers to ask if they could spare some books. When she did, she was pleasantly surprised to find that they were happy to oblige. After all, Evans’ requests are mutually beneficial: she gets to connect with a community of fellow book-lovers in her city, and the publishers and authors generate free publicity.

The time Evans spends contacting publishers, maintaining a social media presence, interviewing authors and hiding books is her own. UCBC is an unpaid labor of love and, as Evans puts it, “a capital ‘H’ hobby.” She’s just one lady with a house filled with teetering stacks of tomes and grand plans to hide them in a neighborhood near book-lovers.

When Evans is not hiding books or reading them, she teaches full-time at the Montessori Lab School at Xavier University, where she’s working toward her Master’s Degree in education with a concentration in Montessori teaching methods.

“If I have to have a job, if I can’t just fall over on my chaise lounge with a stack of books and a fan, I’d like to potentially make a change in someone’s life,” Evans says.

Without concrete plans for the future of UCBC, Evans dreams of supporting literacy efforts in the city by providing resources to schools, getting free books into low-income neighborhoods and organizing bigger scavenger hunts for kids and young adult readers.

But for now — and possibly forever — Evans strives to always be “making someone’s day a little bit better, changing their perspective, teaching them something.”

To learn more about the Under Cover Book Club, upcoming scavenger hunts or to join as a member, visit undercover513.com.