It's because of "pedestrian safety concerns, underage riding, and criminal activities." 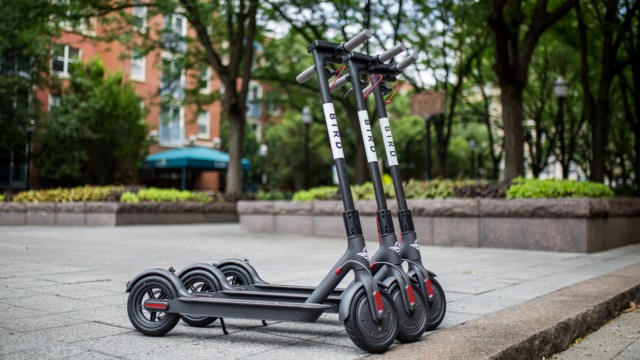 Cincinnati officials posted to government social media channels on April 25 that electric scooters — operated by Bird and Lime within the city limits — now are available for use only between 6 a.m. and 6 p.m.  The scooters previously had been operational until 11 p.m., making them convenient for patrons to use near nightlife or after events.

"E-scooter usage in the City has been revised due to pedestrian safety concerns, underage riding, and criminal activities," city officials say in an April 25 Facebook post. The post does not offer specific details about the concerns.

The scooters are programmed to lock after 6 p.m. and cannot be rented or used until the following morning. If someone is riding a rented scooter at the curfew, the scooter "will slowly and safely come to a stop," the city's post says.

Officials say that Bird and Lime (formerly Lime Bike) both agreed to the new operation times. The competing companies launched the app-rented scooters in Cincinnati in 2018. In CityBeat's 2019 Best of Cincinnati issue, staff writers called the scooters the "best new option for getting around, love 'em or hate 'em."

Cincinnati officials are asking for feedback about scooter usage and the new operation times through a form on the city's website.