Long gone are the days when hungry visitors to the Cincinnati Zoo & Botanical Garden were limited to cheese pizza and plain burgers. You can still get those good ol’ American favorites — along with popcorn, cotton candy and Dippin’ Dots, but the zoo has seriously stepped up its dining game to please visitors' palates in the age of the food trucks and Instagram-able delicacies, opening three new dining options to be followed by the opening of a beer garden in the fall. And on May 21, they hosted a press preview day where we got to sample all of the new eats. In March, the Cincinnati Zoo completely made over The Grove, its hub for all tasty things situated between Manatee Springs and Lemur Lookout. The space feels less like a food court and more like what’d you expect from the new food truck park in Cincinnati’s East End. And the zoo’s first new addition is literally a sophisticated black-and-red-painted food truck called The Coop. The Coop offers crispy hand-breaded chicken tenders, chicken sandwiches and, wouldn’t you believe it, poutine. The sweet potato poutine is a complete meal in and of itself. Smothered in a country-style maple gravy, The Coop takes just-thick-enough sweet potato fries and tops them with fresh cheese curds and fried chicken. If you squeal with delight every time a new chicken spot opens up in Cincinnati, The Coop is the place for you. An old shipping container at The Grove is home to Taco Caja, which serves its fare on soft, chewy flour tortillas. Taco Caja has four taco options: The chicken and barbacoa tacos come with salsa, sour cream, onion, cilantro and cotija cheese, and the fried fish taco is topped with an avocado slaw. But the spicy fried cauliflower is king of this taco stand. If you’ve yet to jump on the cauliflower-everything bandwagon and are frankly still a little suspicious of the colorless veggie, eat it fried and it may become your favorite food. On this taco, cauliflower comes topped with all the garnishes of the chicken and barbacoa option and includes a smoky chipotle salsa. Here, you can also grab a churro donut (or two or 10). These fluffy, cinnamon-sugar delicacies are finished with a drizzle of caramel syrup. A retro Airstream trailer harkens back to the days of shiny roadside diners and soda fountains that served milkshakes in a glass, making it the perfect locale to grab a burger. Fittingly named Wild Burger, the third of the zoo’s new stations at The Grove grills up four types of ground-beef burgers, all served with tomato and lettuce. The classic Wild Burger is topped with American cheese and Wild Sauce, whereas a few others offer up a little more variety. Their flavors come from a thick fondue drizzled over the patty and include a mushroom and Swiss cheese fondue, a maple-goetta fondue and a blue cheese and bacon fondue. As stylish as they are, these dining options are far from a gimmick. “We see over 1.5 million people come through every year,” says Cincinnati Zoo executive chef John Bird. With all those people to feed, he says that the zoo wanted to take a more varied approach to its food offerings. “It can be trendy (to have food trucks), but it can also be accessible.” Of course, The Grove isn’t the only place to eat at the zoo. Cincinnati favorites like LaRosa’s and Skyline are still available, and the Base Camp Café — which has been a mainstay at the zoo for 10 years — updates its menu seasonally to keep it fresh. The new spring salad mixes arugula with strawberries, fava beans, dry-aged cheddar and a Champagne vinaigrette, and the herbaceous carved sandwich stacks sliced turkey and provolone with a tomato basil aioli between slices of rosemary focaccia. In the fall, the zoo will open The Watering Hole, a beer garden and restaurant overlooking the new Roo Valley habitat, which is also currently under construction. (Slated to open in 2020, Roo Valley is an Australian-themed exhibit that will replace the current Wildlife Canyon. The canyon will be transformed into a two-level activity course, 25-feet in the treetops, with a 15,000-square-foot grassy kangaroo and wallaby walkabout below. The space will also include a new home and underwater viewing area for the little penguins.) The Watering Hole beer garden will feature a large deck that seats over 100 people, says Bird, and will fire up pizzas in a real Italian brick oven. Features on that menu will include a margherita flatbread with crushed tomatoes, fresh mozzarella and basil, bacon and Brussels sprouts topped with béchamel sauce and fontina cheese and roasted cauliflower in a savory romesco sauce with almonds and parsley. If all goes according to plan, Bird says that The Watering Hole will open between August and October, so visitors luckily won’t have to wait too long to enjoy the new space. In the meantime, digging in at The Grove is the way to go. — Morgan Zumbiel
Photos by Holden Mathis
Scroll down to view images 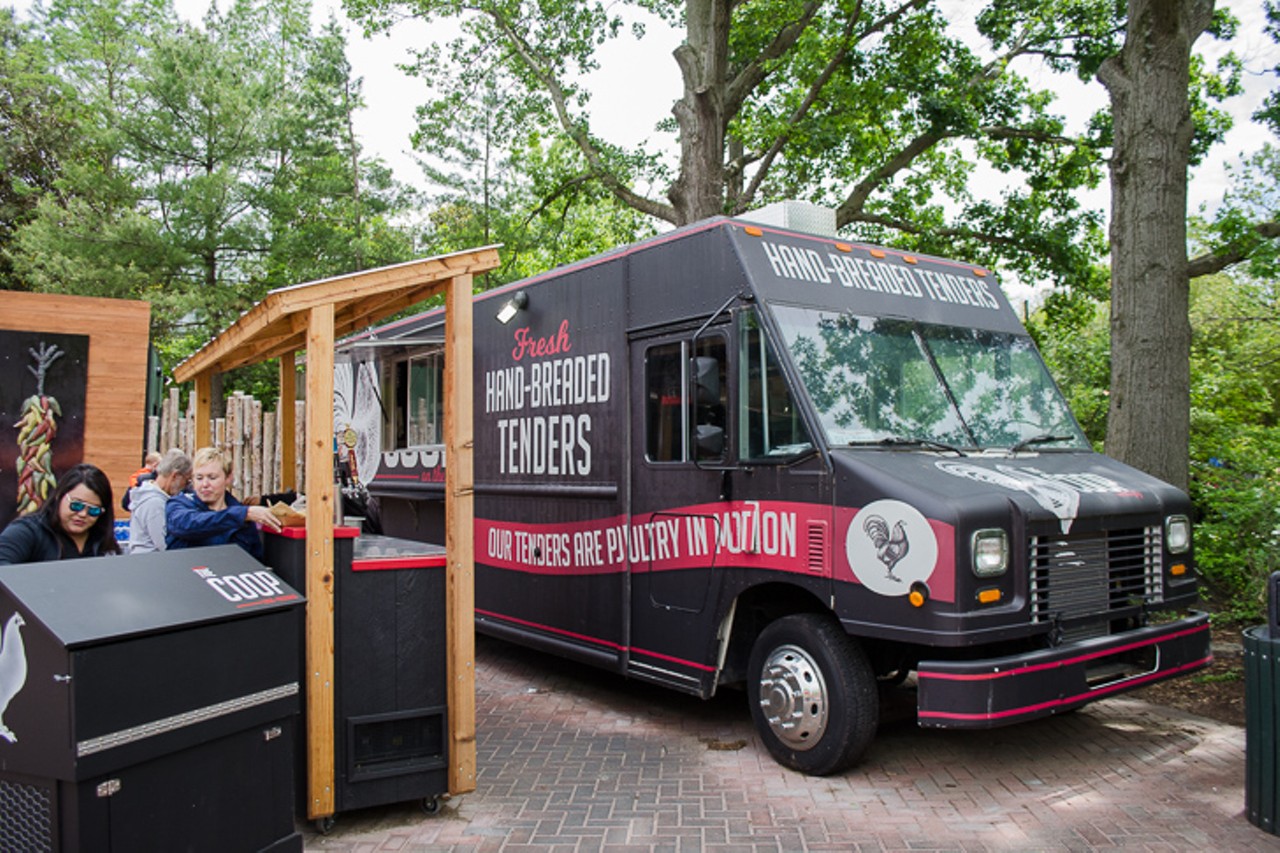 Holden Mathis
The Coop food truck in The Grove 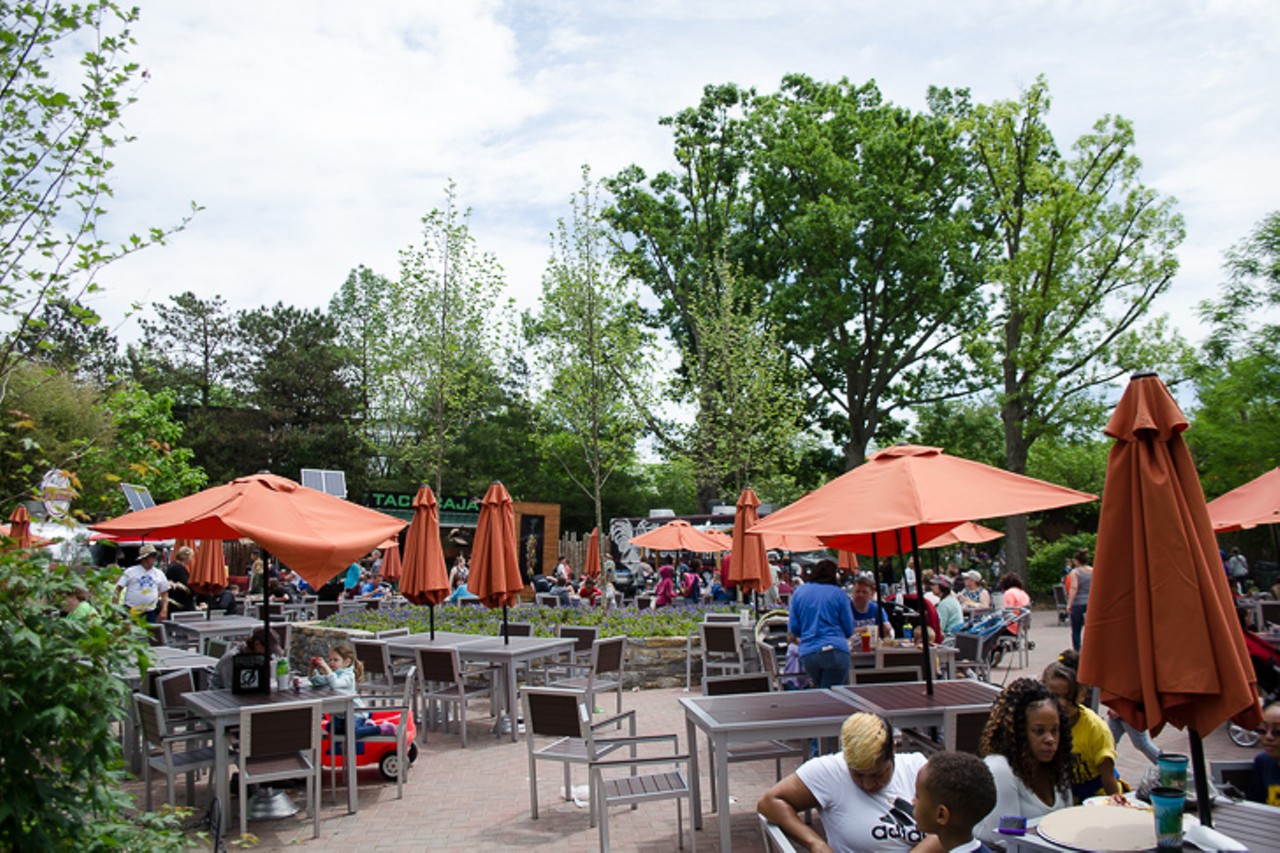 Holden Mathis
The Grove at the Cincinnati Zoo 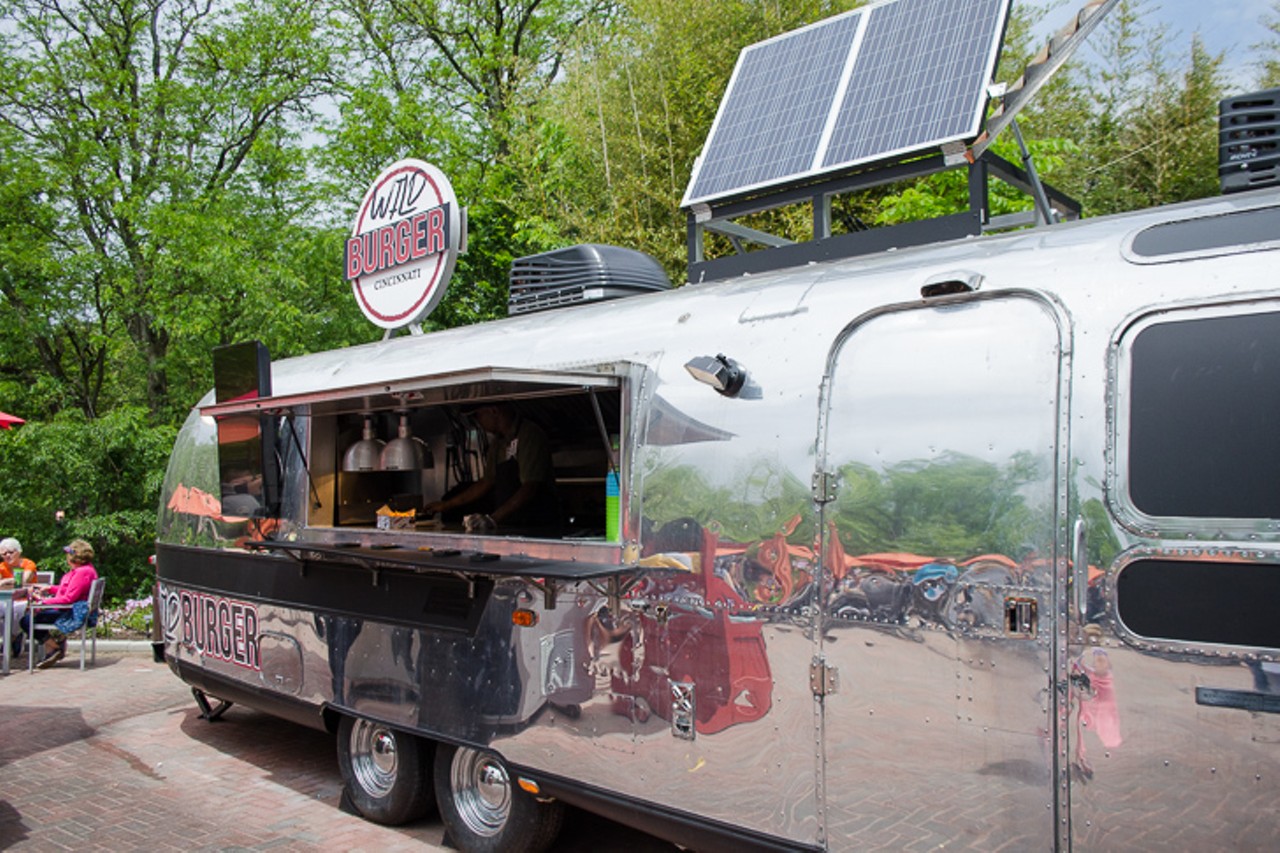 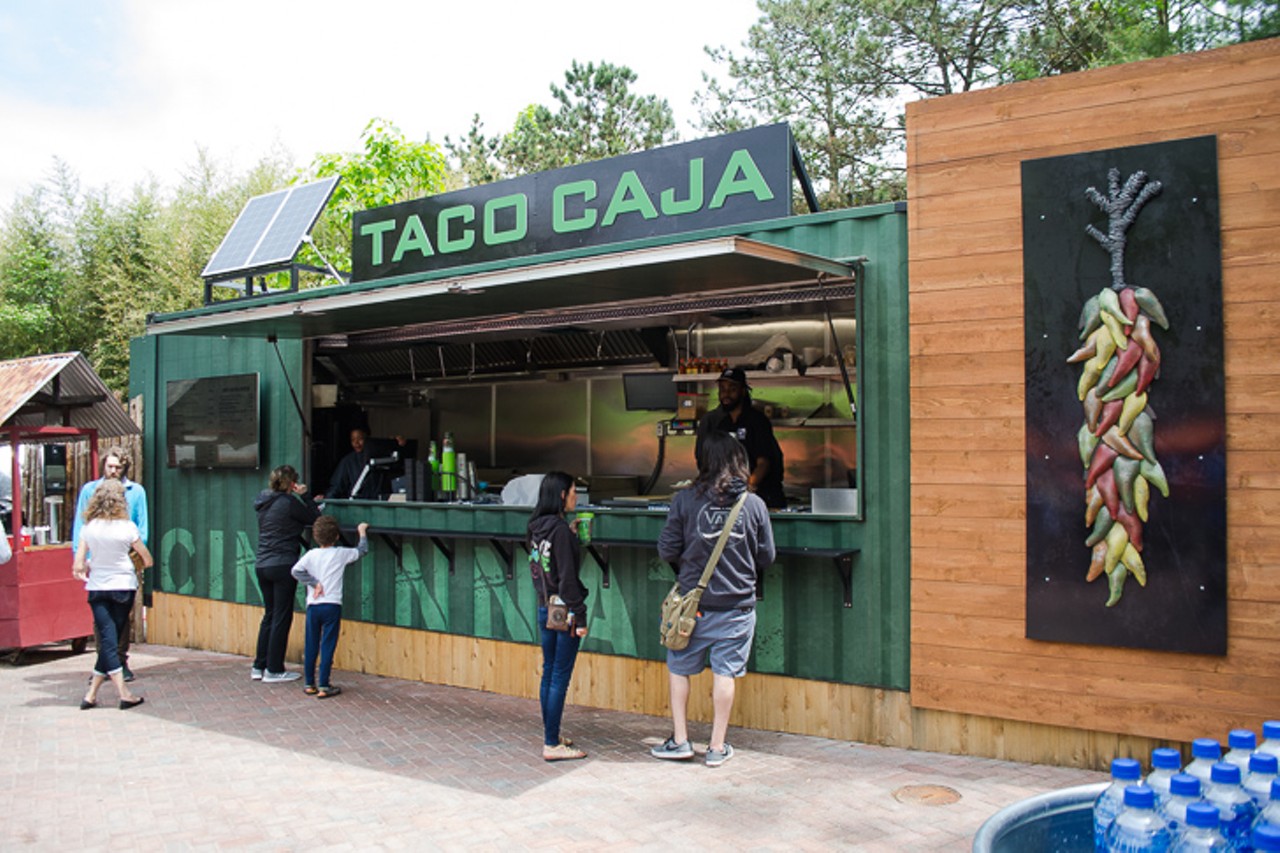 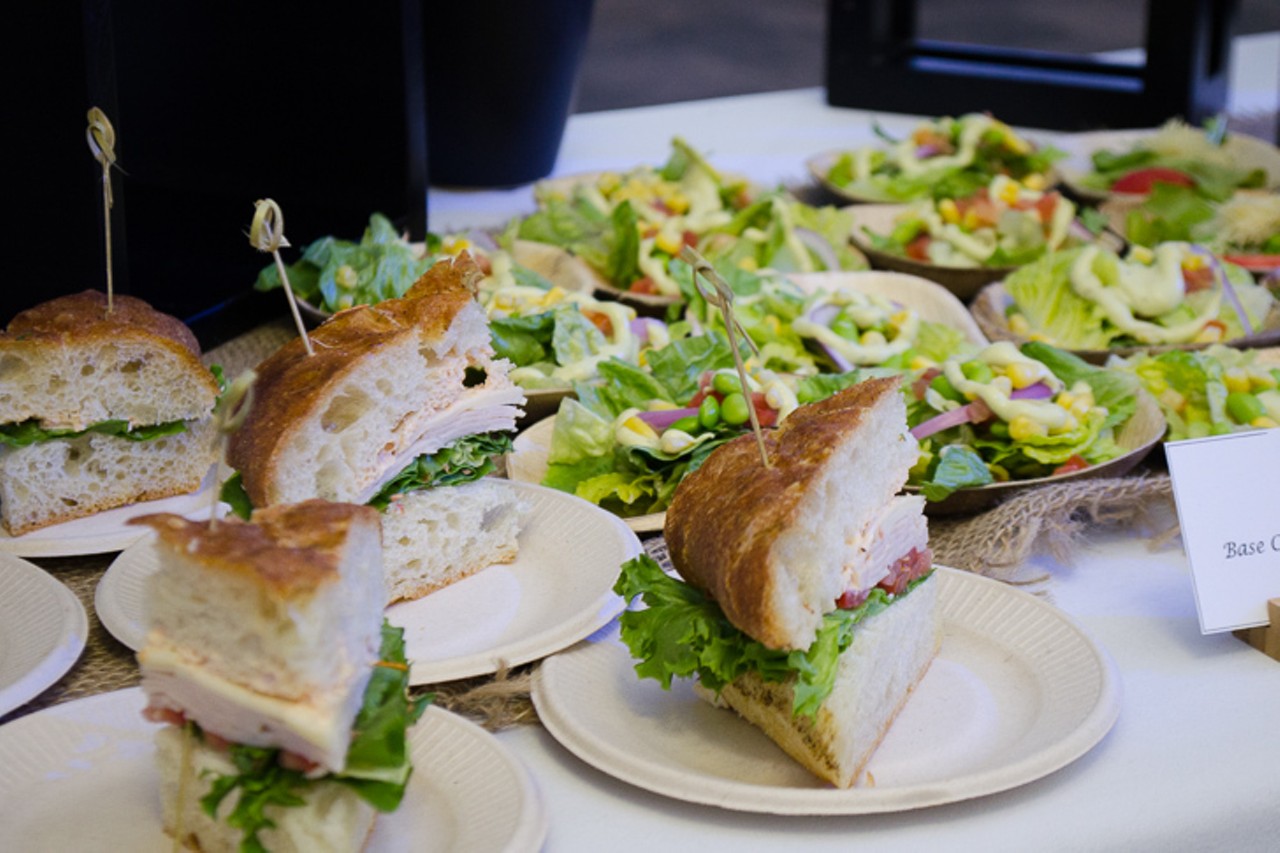 Holden Mathis
A carved sandwich from the Base Camp Café 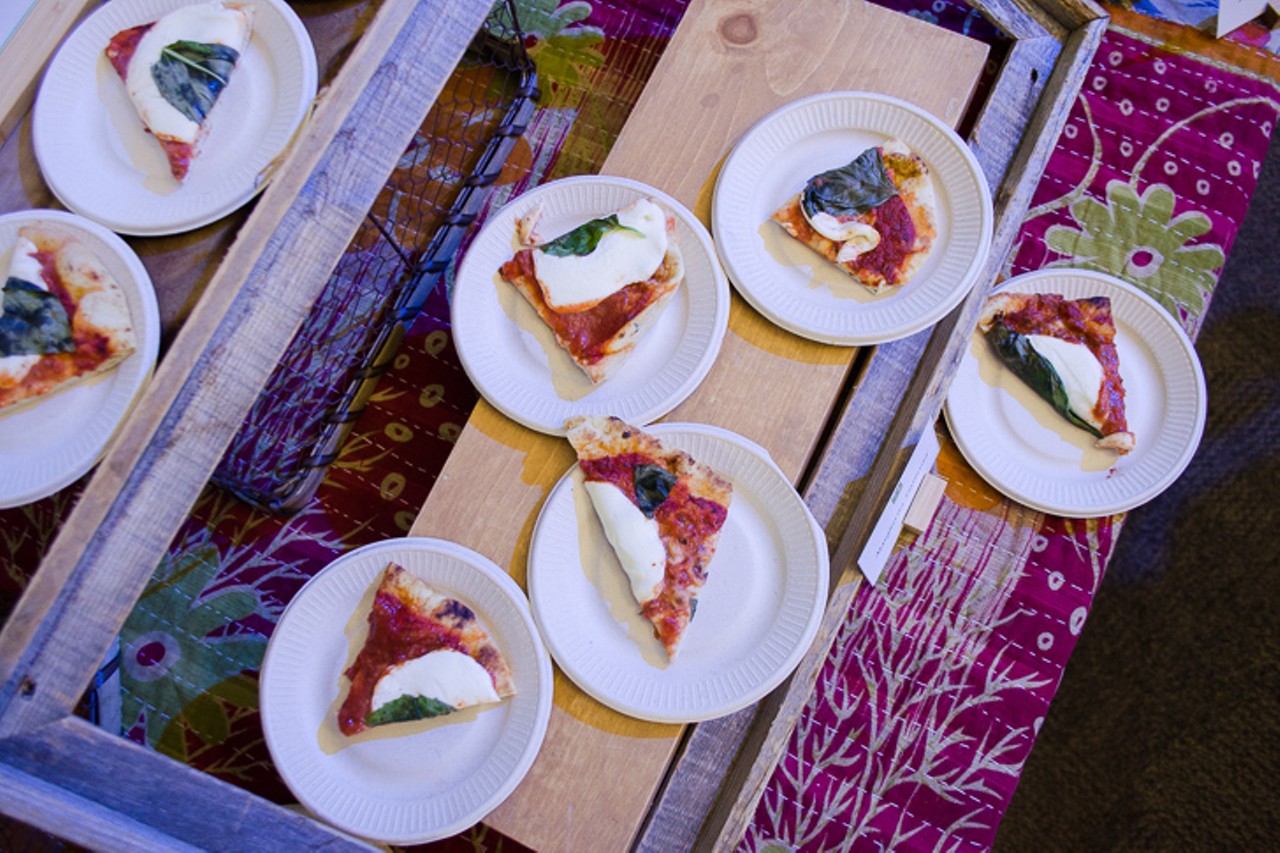 Holden Mathis
Flatbread from the forthcoming The Watering Hole 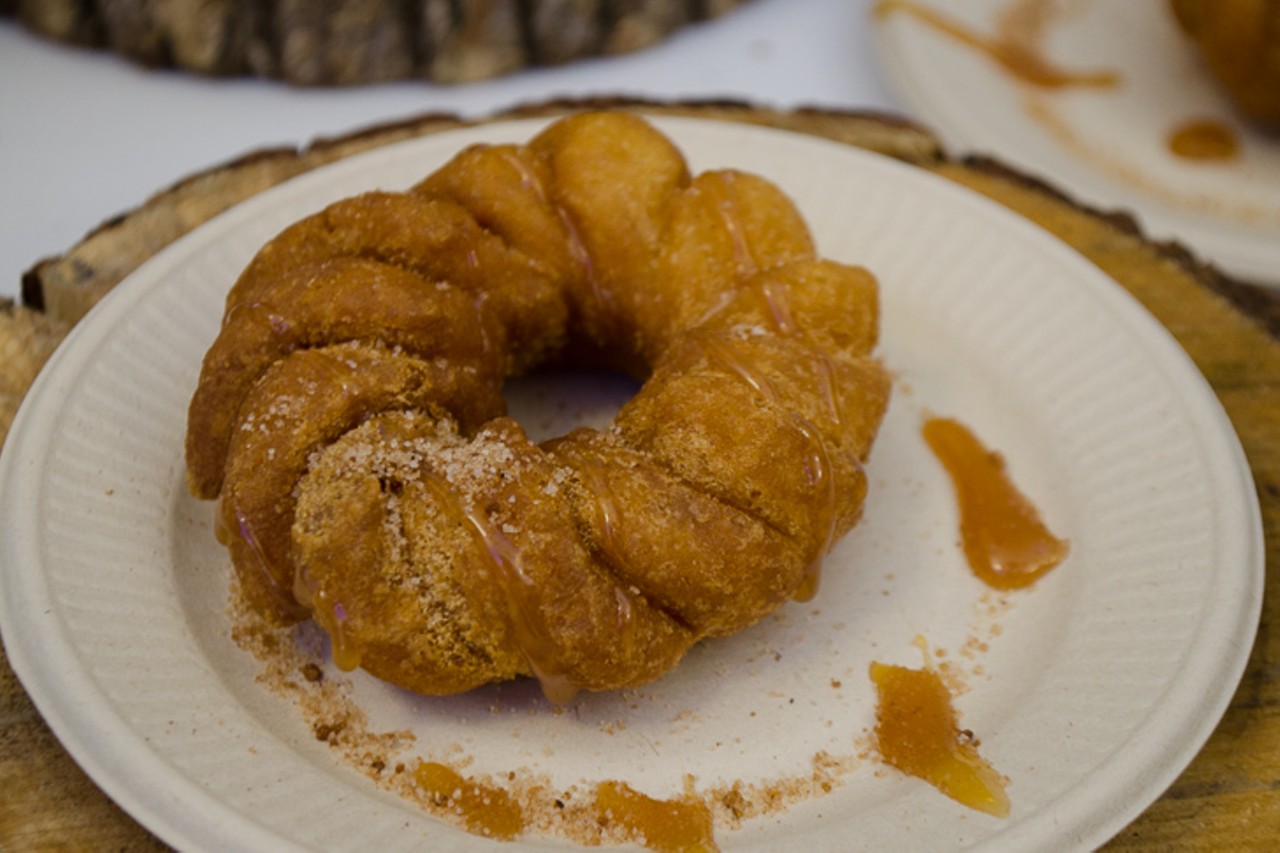 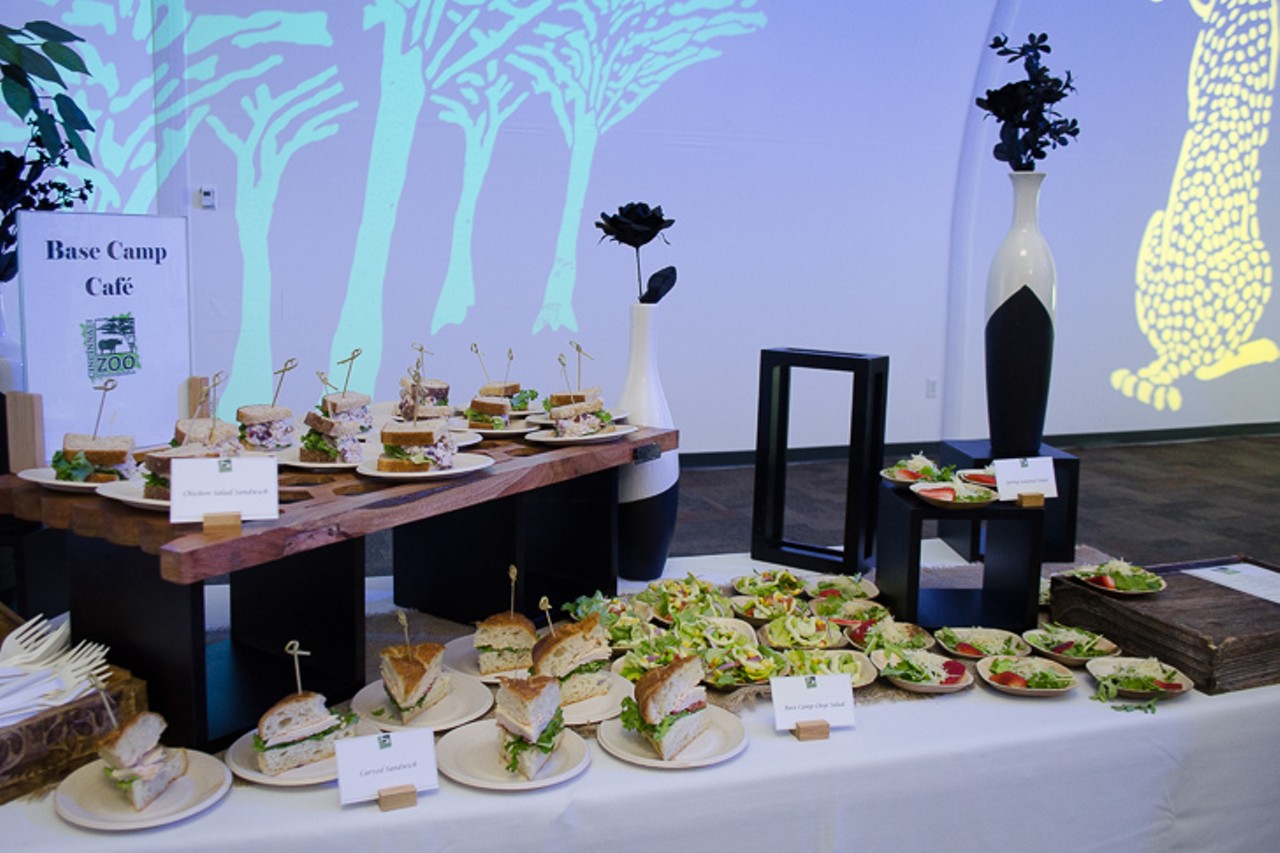 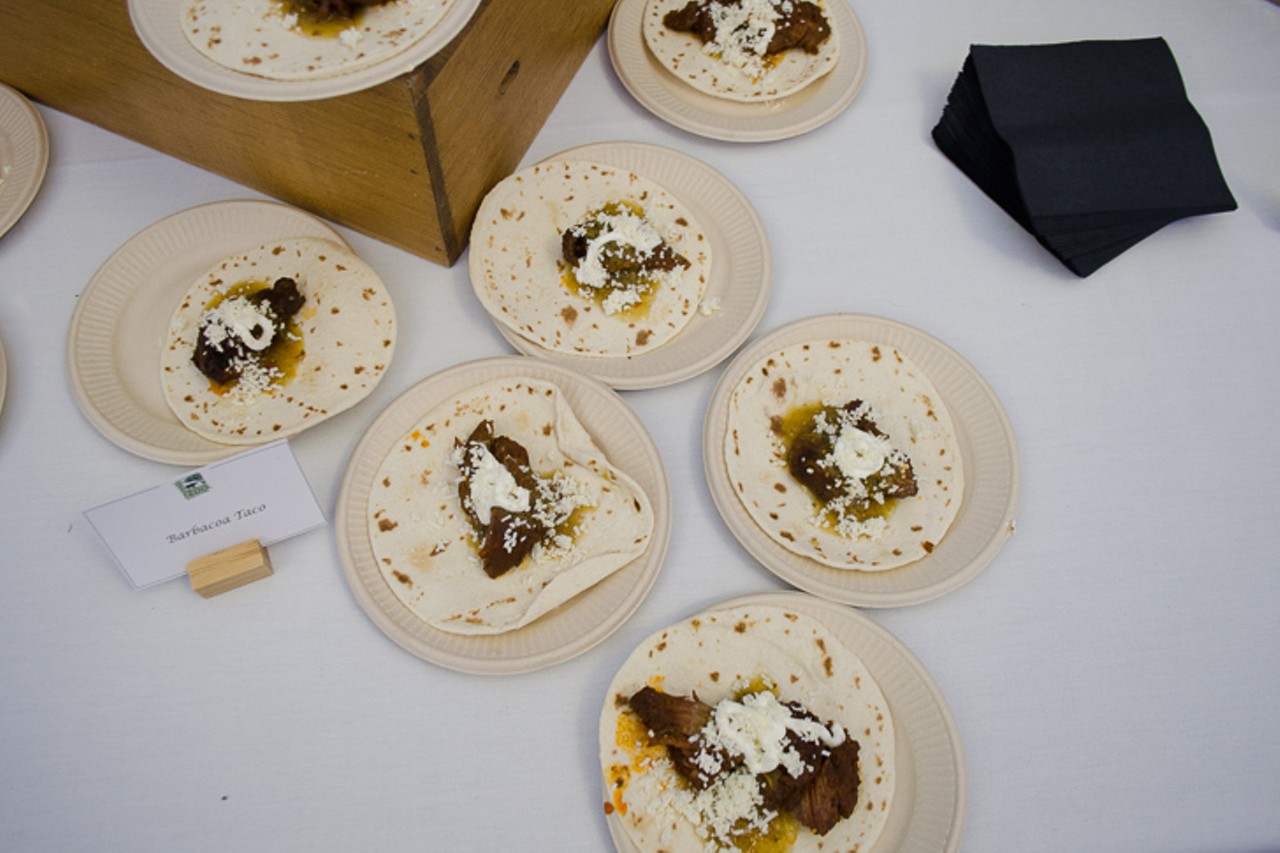 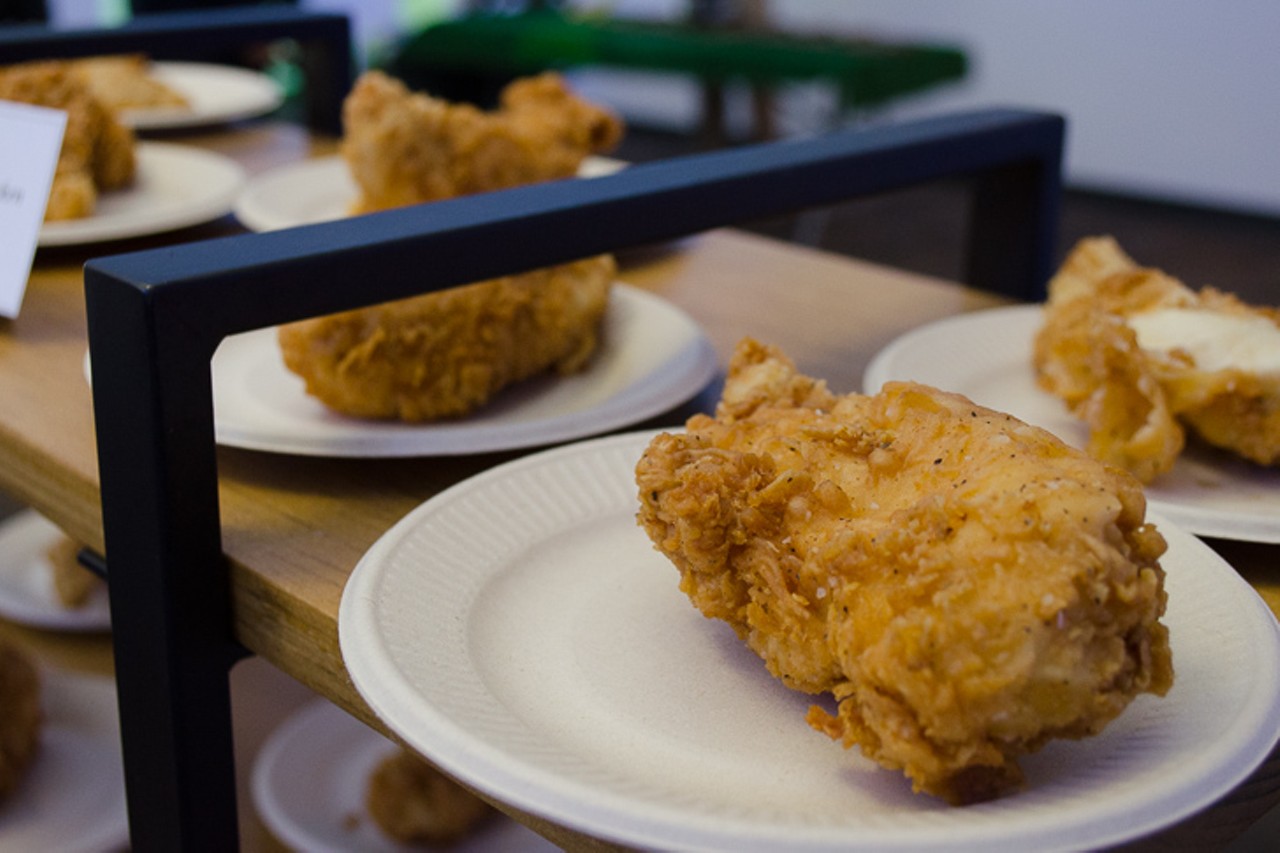