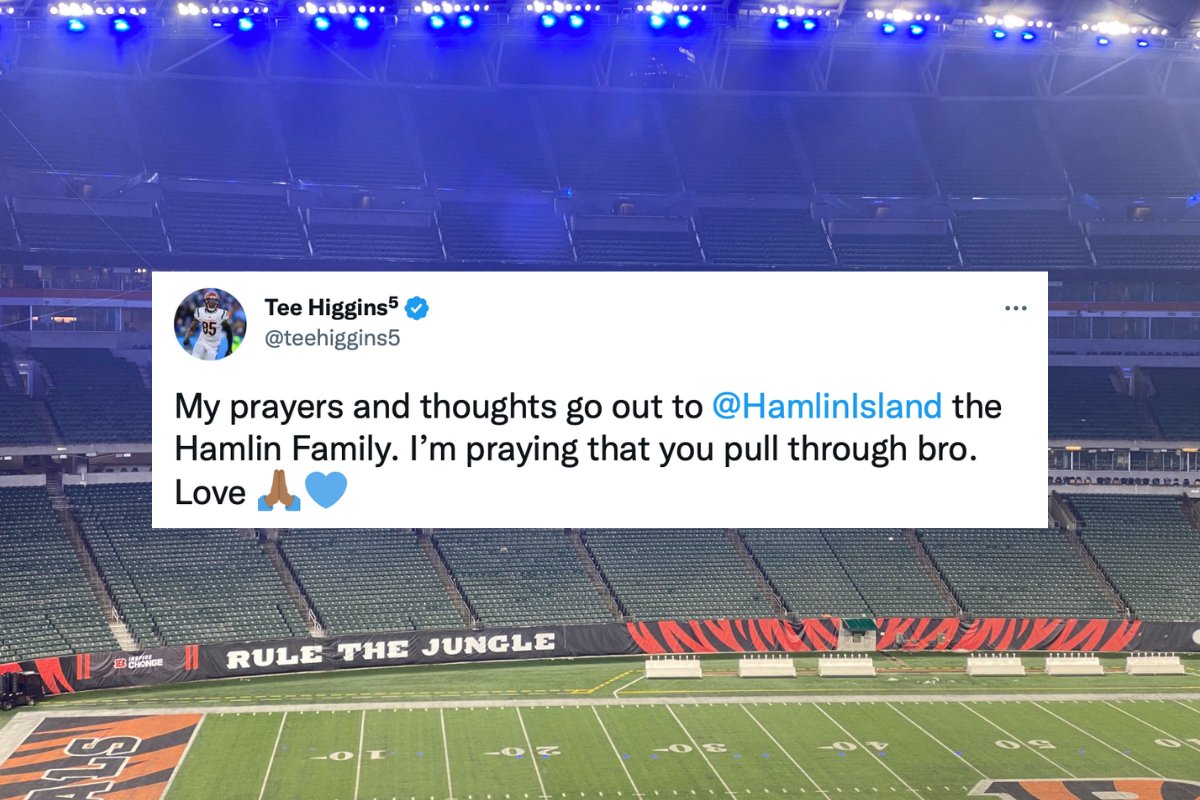 Background photo: twitter.com/JayMorrisonATH
Players and fans in Cincinnati and Buffalo are supporting Buffalo Bills safety Damar Hamlin, who suffered a cardiac arrest during a game against the Cincinnati Bengals at Paycor Stadium on Jan. 2, 2023.
Members of the Cincinnati Bengals and Buffalo Bills are still in shock after Bills safety Damar Hamlin collapsed during the Jan. 2 game at Paycor Stadium.

With just under six minutes left in the first quarter, Hamlin tackled Bengals wide receiver Tee Higgins. After standing up, Hamlin immediately collapsed and stayed on the turf for several minutes.

Hamlin, 24, was transported to the University of Cincinnati Medical Center, where he is listed in critical condition as of Jan. 3. He had suffered cardiac arrest on the field, according to the Bills.

"Damar Hamlin suffered a cardiac arrest following a hit in the Buffalo Bills' game versus the Cincinnati Bengals. His heartbeat was restored on the field and he was transferred to the University of Cincinnati Medical Center for further testing and treatment. He is currently sedated and listed in critical condition," the Bills posted at 1:48 a.m. Jan. 3.

The game, which was nationally broadcast as part of Monday Night Football on ESPN, was suspended and then postponed after a meeting among NFL officials and both teams' coaches. The league has not determined when or if the game will be resumed, and some members of the Bills have returned home. At the time of the pause, Cincinnati led 7-3.

Hamlin's family released a statement on Jan. 3 thanking fans for their support and noting the care he has received in Cincinnati.

"We are deeply moved by the prayers, kind words and donations from fans around the country," the statement reads in part. "We also want to acknowledge the dedicated first responders and healthcare professionals at the University of Cincinnati Medical Center who have provided exceptional care to Damar. We feel so blessed to be part of the Buffalo Bills organization and to have their support. We also want to thank Coach [Zac] Taylor and the Bengals for everything they've done."

Players and fans from both teams are taking to social media to wish Hamlin well. Scroll down to see the outpouring of support.
Scroll down to view images

Damar Hamlin suffered a cardiac arrest following a hit in our game versus the Bengals. His heartbeat was restored on the field and he was transferred to the UC Medical Center for further testing and treatment. He is currently sedated and listed in critical condition.

The speed at which #WhoDeyNation came together for Damar, his family, the Bills and #BillsMafia after last nights events was astounding

Nothing but class and respect from Bengals fans

Continue to pray for Damar and his family

Outside of University of Cincinnati Medical Center, fans have left this in support and prayer for Damar Hamlin: pic.twitter.com/8iKr4rgc7o

My prayers and thoughts go out to @HamlinIsland the Hamlin Family. I’m praying that you pull through bro. Love 🙏🏾💙

The entire City of Cincinnati is sending all of our prayers to Damar Hamlin right now. Our hearts are with you, your family and your friends.

Just want to take a moment and remind people that the impact of the Damar Hamlin situation goes beyond just Hamlin's own health 🙏 There is also a serious emotional and mental impact on the other players, staff, coaches and everyone else around it. Prayers that everyone recovers. pic.twitter.com/m4OexEyu7c

Stefon Diggs joined Bengals and Bills fans outside the University of Cincinnati Medical Center in support of Damar Hamlin.@ColeyHarvey reports from Cincinnati: pic.twitter.com/H9NsrANay8

Lift this man up in prayer. An unfathomable scene at PayCor stadium. pic.twitter.com/rL8eGzv2eL 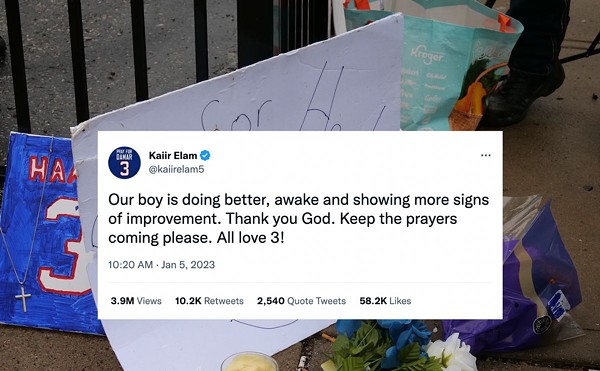 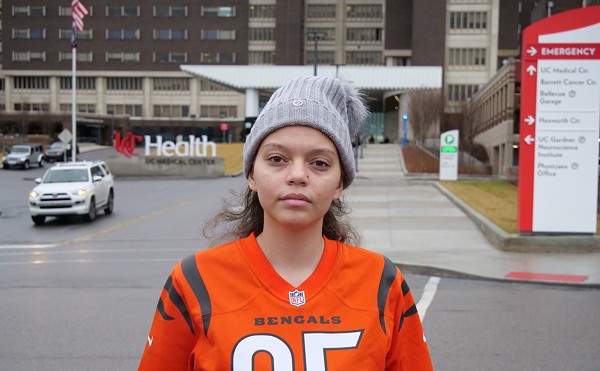 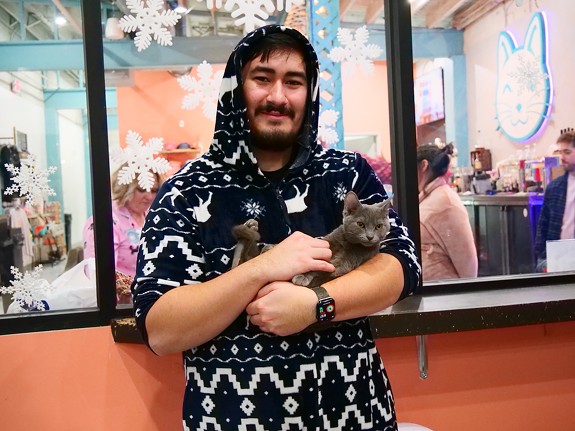