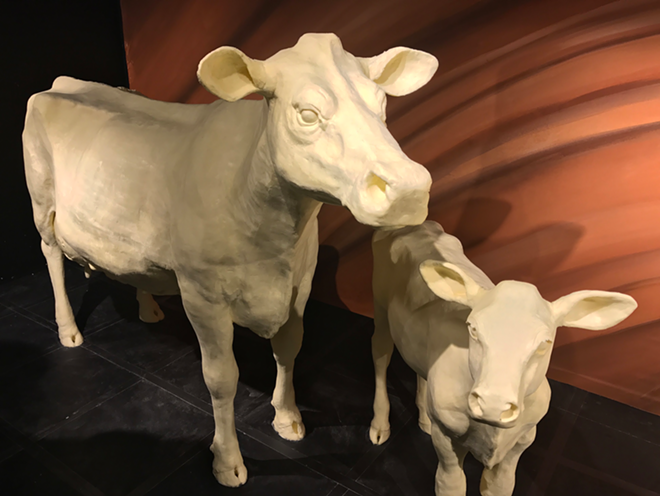 Photo: Provided
The butter cow is an Ohio State Fair tradition that dates back to the early 1900s. Today, more than half a million fairgoers enjoy the display in the Dairy Products Building each year.

The year was 1903. Teddy Roosevelt was President, The Ford Motor Company was beginning production of The Ford Model A and something happened in Ohio that would change the state forever: The first butter cow was featured at the Ohio State Fair. The annual creation of a butter cow and her calf is now an honored tradition that’s half as old as the state itself, and this year is no exception, as this week, sculpting began on the 2018 butter cow.

If you’re unfamiliar with the practice, we’re talking about a a life-sized cow sculpted from butter, but there’s much more to this dairy delight than meets the eye. Sculpting begins with the construction of steel and wood frames, which will are then covered with layers upon layers of farm-fresh butter. The true task at hand begins when it’s time to mold and smooth the creamy lump into a perfect, seriously life-like cow. Photo: Provided
Tammy Buerk puts the finishing touches on the iconic butter cow sculpture, an attraction that has been a mainstay at the Ohio State Fair since the early 1900s.

Last year, a team of butter sculptors worked tirelessly to complete the dairy display, which included not only the cow and her calf, but also a six-foot bottle of chocolate milk and four high school athletes in the midst of playing various sports. (Chocolate milk is the official beverage of the Ohio High School Athletic Association.) The display took a total of 500 hours and a whopping 2,000 pounds of butter. Talk about playing with your food.

Sculpture displays of years past have included everything from the Liberty Bell to Neil Armstrong and Darth Vader. The theme always centers around “positive ideals and cultural trends in Ohio,” according to the Ohio State Fair, but there’s no telling what additions will be made this year — the theme is being kept a tight-knit secret by the American Dairy Association until the unveiling on July 24.

The Ohio State Fair runs from July 25-Aug. 5, where an estimated 500,000 people will tour through the 45-degree Fahrenheit Dairy Products Building to take in the moo-sterpiece in all its buttery glory. 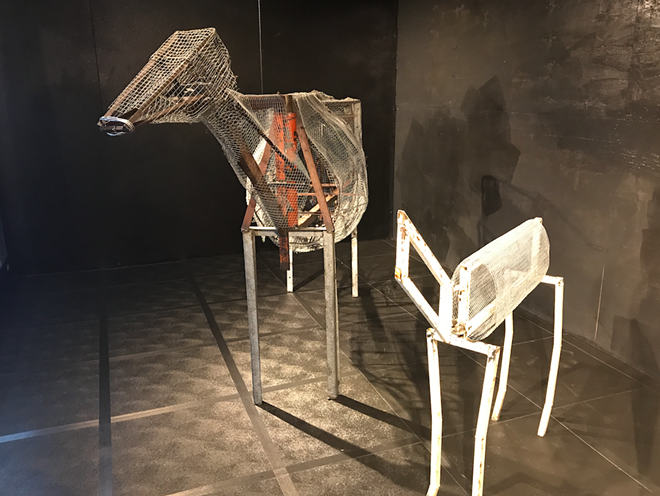