A final count by the Hamilton County Board of Elections shows the levy was approved by less than 1,000 votes 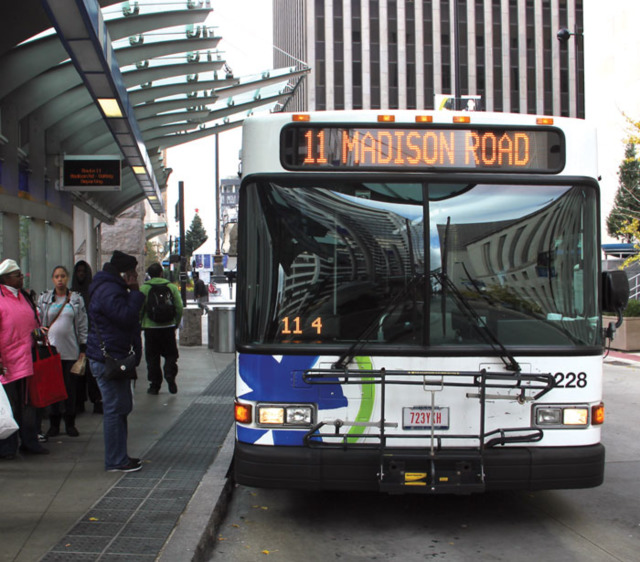 Results were too close to call after the COVID-19 pandemic extended mail-in voting to late April. But a final count of provisional ballots by the Hamilton County Board of Elections shows the levy was approved by less than 1,000 votes, with 67,698 voters saying yes and 66,718 saying no.

That .7 percent margin is above the .5 margin at which a recount can be requested.

"The Southwest Ohio Regional Transit Authority is appreciative of the confidence voters have placed in us by investing in the services we provide,” SORTA Board Chair Kreg Keesee said in a statement. “We look forward to working with the community to implement the Reinventing Metro plan and to partner with local governments to fix critical infrastructure in Hamilton County”

Though the victory was narrow, transit activists who have pushed the levy for years are celebrating.

"Grassroots activism works," Better Bus Coalition President Cam Hardy said in a Facebook livestream. "We took our bus system into our own hands and it worked. Cincinnati Metro will finally get the investment it deserves. I'm so excited."

Ohio's primary election was originally supposed to wrap up with in-person voting March 17, but a last-minute order by Gov. Mike DeWine closing polls amid concerns about the COVID-19 pandemic resulted in an extension of absentee voting until April 28.

The levy had a broad base of support from Cincinnati's business community, transit advocacy groups and city and county elected officials, including some conservatives like State Rep. Bill Seitz and Hamilton County Auditor Dusty Rhodes. But it also ran into opposition from conservative anti-tax activists.

Before the COVID-19 pandemic, the levy was estimated to raise $130 million a year. That number will likely be lower, however, due to the economic downturn the pandemic has caused.

Three-quarters of the money the 25-year the levy will raise will go to bus service, while another quarter will go to infrastructure improvements throughout the region that benefit public transit in some way. According to the ballot language the board approved, none of the money can be used for Cincinnati's streetcar.

Metro says it wants the money to fund an ambitious plan called Reinventing Metro to expand and improve bus service throughout Greater Cincinnati. The plan promises eight new bus routes to and from employment centers around the county; expanded hours and more frequent service on existing routes throughout the week and on weekends; 24-hour service along six major corridors; new transit centers; smaller circulator buses and crosstown routes; and better service for people with disabilities.

A nine-member board called the Hamilton County Integrating Committee will approve expenditure of the roughly $30 million collected for infrastructure under the proposed sales tax. Some of that money will almost certainly go to big projects like the Western Hills Viaduct, which is at the end of its lifespan.

Due to a citywide ballot issue voters okayed by a wide margin last year, the .3 percent portion of the city's earnings tax that pays for buses will be eliminated. That will mean those who work in Cincinnati would pay $50 million less in taxes and the city's income tax rate would go from 2.1 percent to 1.8 percent — the lowest of major cities in Ohio.

Since 1973, Metro has been funded by that .3 percent earnings tax, along with scant state contributions and some federal dollars. That's highly unusual — most large transit systems are funded by county taxpayers.

Metro currently gets by on $100 million a year. But the bus system badly needs more funding. It faced a $5.8 million budget deficit last year and needs many millions of dollars in investment to become better-functioning and connect more Greater Cincinnati residents to jobs.

Metro's precarious financial situation hasn't been helped by state funding. Ohio's state funding for public transit per capita is among the lowest in the country. Some help will likely be coming to Metro's budget via a 10.5-cent increase in the state's gas tax, however, which will generate roughly $70 million more for public transit every year. But that money will need to be divvied up among the state's 60 transit agencies.

Thousands of riders on SORTA’s Metro system face long, convoluted commutes, some riding for more than an hour and taking transfers to get from one Cincinnati neighborhood to another just a few miles away. CityBeat spoke to some of those riders for an earlier story on Metro. Others face even longer commutes.

A recent University of Minnesota report ranked Cincinnati 39th in the country in terms of jobs accessible by public transit, even though the city ranks 26th in overall employment.