Rhodes first entered office in 1990, way before Twitter was even a thing. 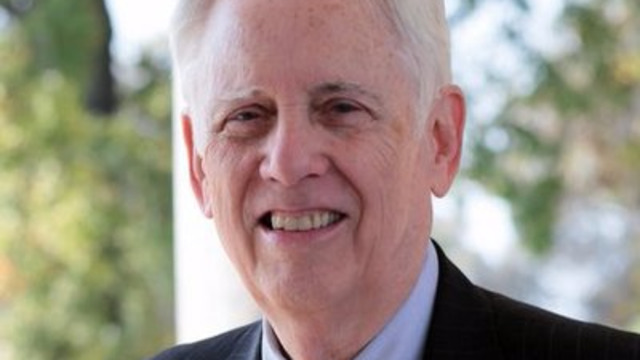 Local Democrats soon will have one fewer among them — even if there's dissent over whether or not he was a Democrat in the first place.

Outspoken Hamilton County Auditor Dusty Rhodes announced Friday that he would not seek reelection when his term ends in 2023.

"I am grateful to the citizens of Hamilton County for having the confidence and trust in me to elect me to a record eight four-year terms as County Auditor. I also thank our terrific staff who work with me and consistently meet the obligation of providing excellent service to citizens," Rhodes said in a statement.

"I will not be a candidate for re-election as County Auditor next year in 2022. I am making this announcement at this time to give potential candidates for this office plenty of time to organize their campaigns for next year," Rhodes added.

On Friday, State Representative Brigid Kelly retweeted members of the media discussing Rhodes' announcement, just one day after she'd tweeted that she would make a big announcement this coming Thursday. Kelly, a Democrat, also retweeted Rep. Jessica Miranda saying that Kelly should run for Rhodes' seat.

As Hamilton County auditor, Rhodes has been a polarizing figure. He began his tenure in 1990 as a Democrat but in recent years has been agreeing more with right-wing conservative Republicans, especially through social media. His Twitter feed has regularly shared messaging supporting former President Donald Trump's false claim that he won the 2020 general election against President Joe Biden.

During U.S. President Joe Biden's town hall in Cincinnati last week, Rhodes voiced his displeasure that Biden would hold the event at Mount St. Joseph University, a Catholic institution in Delhi Township. Biden is Catholic and regularly attends Mass but supports Democrats' pro-choice stance in regards to abortion. Some conservative Catholic bishops are trying to create more guidelines about who can call themselves Catholic while supporting pro-choice activities — and thereby exiling Biden — but the Vatican has warned against it.

Rhodes, who also is Catholic, repeatedly scoffed at Biden before and during the President's visit to Cincinnati.

"It's official. The Sisters of Charity are a disgrace," Rhodes tweeted, referring to the group of religious women who founded Mount St. Joseph in 1920.

Rhodes also used Twitter to agree with outraged comments he had seen on Facebook, a different social media platform.

"Comment on a FB post re: Biden at the so-called Catholic Delhi College. 'Anyone who attended this University should not be surprised in the least that this is happening.' I'm not the only one who sees these nuns for what they are," Rhodes said.

Rhodes also criticized Biden in January when the President signed an executive order expanding the definition of and enforcement against sex discrimination. The lengthy order included language specific to schools and youth sports and covered transgender kids.

"I want to be there when the first 'suburban Republican woman' who wouldn't vote for President Trump learns her teenage daughter will now have to share her locker room with biological males," Rhodes said.

Cincinnati City Council member Chris Seelbach, who also is a Democrat, responded to Rhodes via Twitter, saying, "You are such a bigoted piece of trash. Luckily, you probably won't run for re-election because you are smart enough to know you'd get clobbered. Fuck off Dusty Ass Rhodes."

Rhodes, whose Twitter bio yells "STAND UP FOR YOUR COUNTRY!", is known for bigoted and misogynistic views. In 2020, Rhodes tweeted "Just wondering when they are going to paint 'Black Lives Matter' on Auburn Avenue, you know, in front of that building where they terminate black lives and white ones, too, almost every day of the week" on Juneteenth, the holiday that celebrates the emancipation of American slaves.

This May, the Hamilton County Democrats finally declared that Rhodes was "not in good standing."