The proposed two-block district along the neighborhood's Warsaw Avenue is an impressively intact time capsule of its boom years in the late 19th and early 20th centuries. 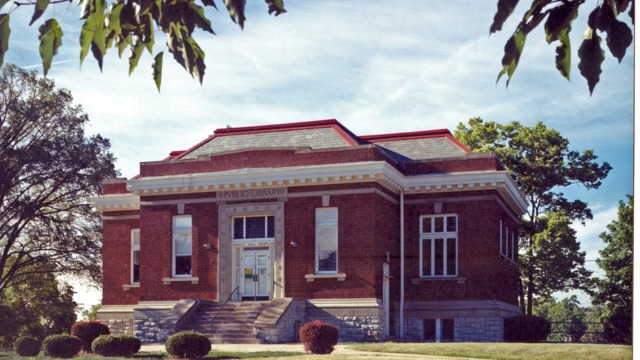 The district along Warsaw Avenue between Hawthorne and Purcell avenues contains 16 historic structures from the late 19th and early 20th centuries that are significant to the area's initial urbanization, proponents of the historic district say.

"Sparked by early forms of transportation, the early commercial development along Warsaw Avenue encouraged urban expansion along the westem hilltops and west of downtown Cincinnati," a report by Price Hill Will, the East Price Hill Improvement Association and CityStudios Architecture firm reads. "The intact district is a visual account of urban expansion during the turn of the twentieth century in Cincinnati. The district retains the overall feel and visual character of its original streetscape dating back to the development of Price Hill. The cohesiveness and variety of the urban architecture is unique to Price Hill."

Indigenous groups, including the so-called Woodland peoples and later Shawnee and Miami, occupied the region before European settlers arrived. The area's original name — Bold Face Hill — is taken from an a local Miami indigenous leader who some accounts suggest died in the area.

Non-indigenous settlement of Price Hill dates back to 1791, when the first known white settler, William Terry, built his home on Bold Face Hill. The area remained predominantly agricultural until upper-middle-class families and commercial developers, aided by the inclines built in 1874 by sons of neighborhood namesake and local landowner Rees E. Price, began settling in the elevated area to escape the congested and sooty industrial climes of the basin below.

A horse-drawn streetcar between the incline house at the top of the hill and Warsaw Avenue added in1885 and subsequent electric streetcar lines added in 1894 sped the growth of the commercial district. By 1920, thousands of people lived in Price Hill, most of them Irish or German Catholic.

Buildings in the roughly two-block proposed district, which date from 1885 to 1923, are a largely intact snapshot of the time when development began accelerating rapidly. They are mostly mixed-use, having once housed restaurants, bakeries, butcher shops, offices for local doctors and other commercial spaces on their ground floors with housing above. They include examples of Beaux Arts, Commercial Vernacular, Italianate, Italian Renaissance Revival, Romanesque Revival and Second Empire style-architecture.

The district also includes the iconic Beaux Arts Price Hill Library building, which was finished in 1910. That building is one of nine in the city built using funds from wealthy industrialist Andrew Carnegie. The historic district also includes the Price Hill Firehouse, an 1889 Romanesque Revival structure that is currently home to arts education organization MyCincinnati.

All but one of the buildings in the proposed district contribute to its historic fabric, according to Cincinnati Preservation Association's Margo Warminski. That's "very unusual" for a historic district, she told council's Economic Growth and Zoning Committee today.

That committee approved the historic designation for full council consideration. Council could vote to approve the district as soon as tomorrow.

If approved, the district would set historic guidelines for rehabilitation or modification of the buildings there, as well as an added review process for demolition applications for any of the historic structures.