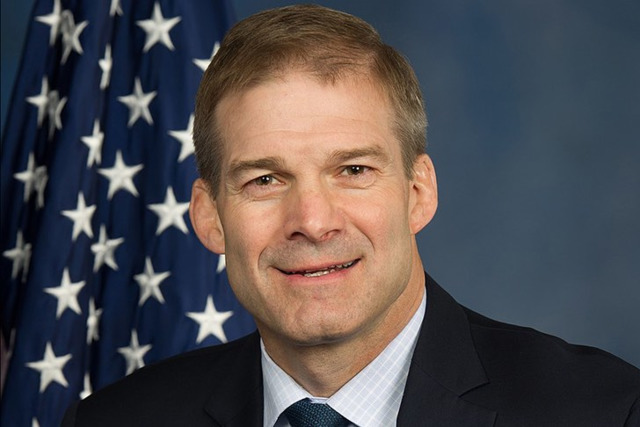 We're not fans of Jim Jordan. You may have noticed.

And when someone expertly puts the smackdown on the Republican Congressman from Ohio, we'll happily watch with a bucketful of popcorn.

The latest episode happened Monday, when Jordan attempted to pin high gas prices on U.S. President Joe Biden. He had apparently forgotten that the country has been enduring a deadly pandemic for the last year and a half and until the Biden administration's vaccination push in recent months, there wasn't much of a demand for gas because nobody was going anywhere.

Also slipping Jordan's mind? In 2020, the person who had been president had suggested to his followers that they should consider ingesting disinfectant instead of, you know, actively and effectively pushing for coronavirus vaccines.

That's when Jen Psaki, the White House's press secretary — one who actually holds press conferences and answers questions — stepped in to correct Jordan, reminding him about what had happened on his previous mentor's watch.

We love to see it.

Meanwhile, economists and travel experts have said that recent gas price highs largely have been due to millions of vaccinated people returning to the workplace and traveling, outpacing supplies. The May shutdown of the Colonial Pipeline, the largest fuel pipeline in the nation, also played a role, experts said.

In Cincinnati, the price for one gallon of regular unleaded gasoline at many fuel stations has fallen to around $2.80, much lower than the previous week's average of about $3.11/gal. Prices could drop further before rising again at the end of the month, experts have said.

So basically, the sitting president doesn't directly have much to do with gas prices, and Jordan is — per usual — full of it. (Yes, presidents can indirectly influence things through domestic and foreign policy, but they typically don't snap their fingers and demand that gas prices reach crazy national averages.)

Do you want to stir up your disdain for Jordan even more? Here's that time Jordan argued with Anthony Fauci, the nation's foremost infectious disease expert, and California Rep. Maxine Waters gave Jordan hell.

And here's that time Jordan claimed the nation was becoming a "dictatorship" because of public health measures.

Remember when Jordan refused to believe that Biden won the November 2020 election?

Or when Jordan has been so credibly accused of looking away while the Ohio State University's team physician sexually abused members of the wrestling team that George Clooney wants to produce a docuseries about it?