Have we had enough yet? 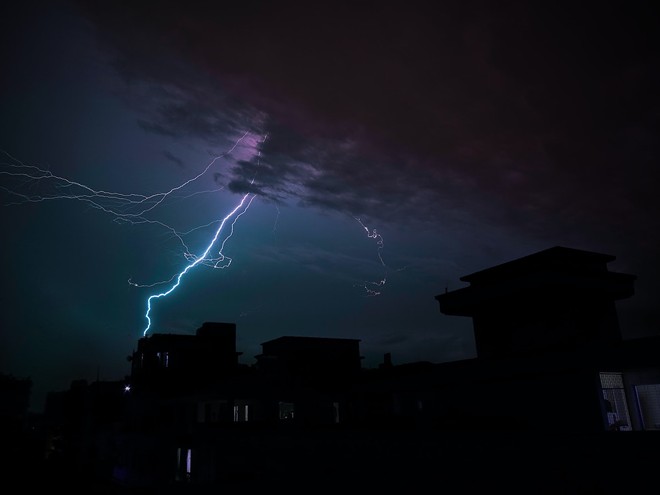 Have we had enough of this shit yet?

Ohio – and Greater Cincinnati – was pounded with rain Tuesday when storms moved through the area in conjunction with heat indices higher than 100º. Central Ohio took the brunt of it on July 5, with the Columbus area enduring 3.17 inches of rain within 24 hours – a new record – and some areas had 4-5 inches of precipitation.

"So far, this is also the 4th wettest single day for the entire month of July in recorded history (1878-present)," the National Weather Service in Wilmington says.

The NWS responded to all the precipitation with a flash flood warning for the Columbus area along with a warning to Cincinnati and southwestern Ohio that hazards would be plentiful. Those warnings remain in effect through 9 p.m. Wednesday.


[540 PM] Widely sct storms over ern IN and parts of nrn KY - a few of which have been strong - may drift across the OH border into southwest & west-central OH and further into nrn KY this evening. Strong winds/flooding rain the primary threats. Some hail can't be ruled out. pic.twitter.com/0zIwfBRg7B

But it's not over, as the NWS says that more storms are on the way this week. The hellish heat and humidity will combine for multiple rounds of thunderstorms with high winds and heavy rain on July 6, the agency says; the evening could see even more unpredictable storms and flash flooding. There is a heat advisory until evening and a severe thunderstorm watch until 7 p.m..

July 7 could be a little more dry during the day, the NWS says, but the muggy temperatures will continue and severe thunderstorms likely will return that evening.

[12:40 PM] A Severe Thunderstorm Watch has been issued, mainly for counties south of I-70 until 7 PM. pic.twitter.com/7vkNZOz6L7

Tens of thousands of Duke Energy customers in Greater Cincinnati lost electricity during multiple rounds of summer storms in June. To report power outages to Duke Energy, text OUT to 57801 or call 800-543-5599. Learn about what else to do before and during power outages.