"After a 36-hour pondering whirlwind, I've decided not to seek public office," Rivera assures us all. 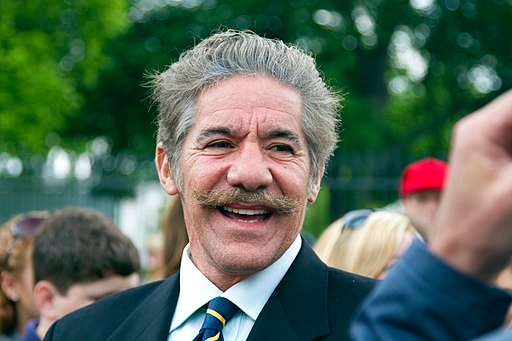 Thinking sure can be tiring, especially when you're under public scrutiny.

But when you tweet that you're thinking about running for Senate, as Geraldo Rivera did earlier this week, you kind of bring it upon yourself.

The mustachioed right-wing TV and radio personality had announced on social media Wednesday that he was "pondering" running for the U.S. Senate seat in Ohio that Republican Rob Portman will vacate next year.

But fortunately for the Buckeye State, Rivera has since changed his mind.

In a March 11 tweet, Rivera recanted his idea to run for public office. The tweet came as a reply to a post from WTAM 1000 in Cleveland.

"After a 36-hour pondering whirlwind, I've decided not to seek public office," Rivera wrote. "Erica and I deeply appreciate the good wishes of those cheering the idea."

WTAM shared a March 11 recording of Rivera's "Roadkill with Geraldo" podcast, in which Rivera talked about the response to his "pondering."

"It was the tweet that launched a million comments," Rivera said on his show. "People 'yay' or 'nay' whether or not I should run for the United States Senate from my adopted home state of Ohio. The passion it has generated has been quite extraordinary."

"Once we get Erica vaccinated, we'll start our listening tour. We're gonna go throughout the state of Ohio," he continued. "We want to see if people really would be interested in our running for that Senate seat being vacated by Rob Portman."

Rivera went on to say that Portman's recent appearance on Rivera's show made the host consider a Senate run, highlighting the country's "divisiveness" and pointing out that the recent COVID-19 relief bill had no bipartisan support (conveniently forgetting the months that previous relief bills had lagged in the Republican-led Senate).

"For any Republican seeking to run for office, it is President Trump's party, the Republican Party," Rivera said about the man he calls "friend."

As for the rest of the show, you'll have to listen on your own, because we didn't feel like vomiting this morning.