CityBeat's Best New Bands showcase at Bogart's and some other stuff

Lola (J. Harrison Ghee) and her Angels in Kinky Boots

FRIDAY ONSTAGE: KINKY BOOTS Encountering a show title that uses the word “kinky,” you might think that the so-named play could push the boundaries of taste. That’s certainly not the case with Kinky Boots, despite the images the title suggests. In fact, the touring production of this Broadway hit (winner of several Tony Awards), at the Aronoff for a two-week run, opens with a building façade that looks as if it was moved in from a historic street in pre-3CDC Over-the-Rhine. It’s actually the Price & Son shoe factory in Northampton, England. But built in 1890, as the sign proclaims, it’s the same vintage as many buildings in Cincinnati’s historic neighborhood. Read the full review here. Kinky Boots, presented by Broadway in Cincinnati at the Aronoff Center for the Arts, continues through Jan. 17.

Barrel Aged Beer Bash
Photo: Jungle Jim's
EVENT: BARREL AGED BEER BASH
Jungle Jim's celebrates barrel-aged beer with this annual bash. Attendees can move between booths, sampling more than 80 different types of rare beers aged in barrels ranging from wine to whiskey from a variety of brewers. Many beers aren’t available outside of their respective brewery’s walls, and many won’t be bottled either. This festival-style tasting party proves that many things do get better with age. 7-9 p.m. Friday-Saturday. $40; $15 designated driver. The Oscar Event Center at Jungle Jim’s, 5440 Dixie Highway, Fairfield, junglejims.com.
click to enlarge

Elena Rodriguez and Clint Fisher in 'Double|Sided'
Photo: Courtesy of MamLuft&Co. Dance
DANCE: DOUBLE|SIDED
Cincinnati’s resident modern dance company MamLuft&Co. Dance, now in its ninth season, opens 2016 with Double|Sided, an eye-opening world premiere. It’s been co-choreographed for the company, known for conceptual nuance and athleticism, by company members Elena Rodriguez and Steven P. Evans, who also dance in the piece. The full-length work is performed in an intimate space without a proscenium. The audience will be seated so that each side can see only half of the stage at the beginning of the performance. Read more about the performance here. MamLuft&Co. Dance presents Double|Sided Thursday-Sunday at the Clifton Cultural Arts Center. More info: mamluftcodance.org.
click to enlarge

Gill Landry
Photo: Andrea Behrends
MUSIC: GILL LANDRY
As an erstwhile member of Old Crow Medicine Show, Gill Landry has been a vital component of one of the most expansively creative American Bluegrass outfits of the past two decades. As a solo artist, Landry has applied a modern veneer to traditional Country and Folk, crafting songs that combine the melancholy perspective of a contemporary Americana troubadour with the ramshackle wear and tear of a classic hobo. Comparisons to Bob Dylan, John Prine and Tom Waits are neither inappropriate nor undeserved. Read more about Landry in this week's Sound Advice. Gill Landry performs with Noah Smith Friday at Live! at the Ludlow Garage. More info: liveattheludlowgarage.com.
click to enlarge MUSIC: BEST NEW BANDS SHOWCASE
The 7 p.m. show features New Artist of the Year nominees Go Go Buffalo, Dawg Yawp, Coconut Milk, JSPH and The Skulx, and also special guests Daniel Van Vechten and Dead Man String Band. Speaking of special, the night will close with a performance by rockers Honeyspiders, who won the CEA for New Artist of the Year in 2015 and are nominated for CEAs this year in the Rock, Best Live Act and Album of the Year categories.  Admission for Saturday’s showcase is only $5. For more on the 2016 Cincinnati Entertainment Awards, visit citybeat.com's CEA page.
click to enlarge

After disolving Saintseneca in 2011, Zac Little (second from right) revived it just a year later.
Photo: Nick Fancher
MUSIC: SAINTSENECA
When Noble County, Ohio native Zac Little was in high school, he heard Led Zeppelin make its musical point with a mandolin, and that led him to the conclusion that if banging on four instruments was interesting, three times that many would be exponentially incredible. When Little entered Ohio State, he began collecting the musical menagerie that currently defines his shifting and engaging band, Saintseneca. “I was bored just playing guitar,” Little says. “You get a mandolin, a dulcimer, a bass or a synth, and all of a sudden, there’s this whole other terrain you can access that you never would have touched on guitar. It was just not being content with the limits of playing one instrument and wanting to have a broad spectrum of access to all that sonic territory.” Read more about Saintseneca here. Saintseneca plays Saturday at Southgate House Revival. Tickets/more info: southgatehouse.com.
click to enlarge

Wildhoney
Photo: Poor Brain PR
MUSIC: WILDHONEY
Apparently, this is the age of musicians using the word ‘honey’ in their band name. There is Oh Honey from Brooklyn, N.Y., Moon Honey from Baton Rouge, La., HoneyHoney from Los Angeles, The Locust Honey String Band from Nashville, Tenn., The Honey Chasers from Johnson City, Tenn., The Honeycutters from Asheville, N.C. and many more.  Wildhoney is a new Rock band out of Baltimore that is out to cut through the pollen-jelly-saturated world of music. The group has its roots in Punk but lately has veered toward more atmospheric, hook-laden fare. They are a part of the recent return to 1960s Psychedelia that foments every few years. Read more about the band in this week's Sound Advice. Wildhoney plays MOTR Pub Saturday. More info/tickets: motrpub.com.
click to enlarge

Lebanon Antique Show and Sale
Photo: Provided
EVENT: LEBANON ANTIQUE SHOW & SALE
For 68 years, the Warren County Historical Society has put on a spectacular display of folk art, American and Continental furnishings, decorative arts, textiles, primitives and fine art from as early as the 18th century. The Lebanon Antique Show’s wide array of unique pieces and spread of food are sure to keep everyone happy, even the hangry who are sick of shopping. 10 a.m.-5 p.m. Saturday; 11 a.m.-4 p.m. Sunday. $8 door; $6 online; good for both days. Warren County Fairgrounds, 665 N. Broadway, Lebanon, wchsmuseum.org/events.
SUNDAY
click to enlarge

“Toussaint L’Ouverture series, no. 38” by Jacob Lawrence, 1938
Photo: Amistad Research Center, New Orleans, Louisiana, Gift of the Harmon Foundation, 1982
ART: HEROISM IN PAINT — FINAL DAY
Currently on display at the Taft Museum of Art is Heroism in Paint: A Master Series by Jacob Lawrence, featuring the world-renowned painter’s first venture in creating a series of historical paintings — The Life of Toussaint L’Ouverture series, which launched his successful 60-plus-year artistic career and made him into a de facto historian.  Some of the most striking pieces in the L’Ouverture series are the ones in which Lawrence allows his abstracted patterns of color to set a mood. Painting 21, for example, depicts the aftermath of the Haitian general’s attack on the English at Artibonite. In this figureless landscape, the painter puts the colonial commodity of sugarcane front and center in the composition, which is largely composed of contrasting shades and tones of undulating green sugarcane reeds. Read a full review of the exhibit here. Heroism in Paint: A Master Series by Jacob Lawrence is on view through Jan. 17 at the Taft Museum of Art. More info: taftmuseum.org. 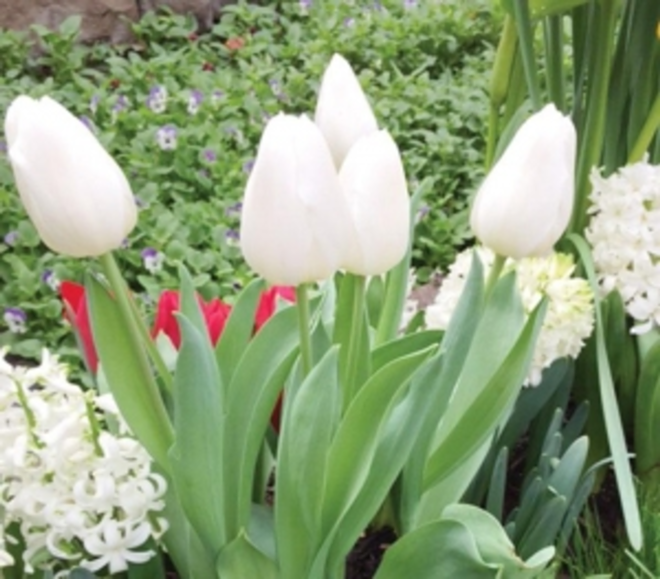 ATTRACTIONS: HATCHING SPRING BLOOMS AT THE KROHN CONSERVATORYWe might have just gotten our first snows of the season, but Krohn Conservatory is launching headlong into spring with its new floral show, Hatching Spring Blooms. Spring is in the air with fragrant daffodils, hyacinths, hydrangeas and bright green grass laid out in geometric patterns. Overhead, painted pastel branches hang above a canopy of trees, decorated with hundreds of painted eggs. You can even wander a hidden forest path lined with moss and stepping stones. Through March 13. $4 adults; $2 youth. Krohn Conservatory, 1501 Eden Park Drive, Eden Park, 513-421-5707, cincinnatiparks.com. “Necklace” by Elsa Schiaparelli and Jean Clemént
Photo: © The Metropolitan Museum of Art. Provided by The Cincinnati Art Museum.

ART: HIGH-STYLE: 20TH-CENTURY MASTERWORKS FROM THE BROOKLYN MUSEUM COSTUME COLLECTIONTwo separate traveling fashion exhibitions — High Style and The Total Look — both brought here by Cynthia Amneus, curator of fashion arts and textiles/chief curator, showed how 20th-century fashion can have just as visionary and avant-garde an agenda — in the hands of a Gernreich, Charles James or Elsa Schiaparelli — as painting or sculpture. And you can wear it! Read about other striking 2015 art exhibits here. High Style: Twentieth-Century Masterworks from the Brooklyn Museum Costume Collection continues through Jan. 24 at the Cincinnati Art Museum. More info: cincinnatiartmuseum.org.