Attendance at the Victory of Light Psychic Festival has doubled over the last five years and psychics are more popular now than ever. We ask why

Photo: Scott Rodgerson/Unsplash
According to a recent IBISWorld Industry Report, the psychic services industry is booming; the market analysis found that in the past five years, use of “psychic services” in the U.S. has grown steadily, having amassed over $2 billion in revenue in 2018.

In its 27th year, the Victory of Light Psychic Festival returns to the Sharonville Convention Center on Nov. 23 and 24. (The fest also occurs every April.) Billed as the “Midwest’s Largest Body, Mind and Spirit Event,” it will feature psychic readers, artists, animal communicators, holistic healers and numerous vendors selling all manners of metaphysical and paranormal wares such as aura photographs.

Each day is packed with seminars like “Accessing 5th Dimension Consciousness” and “Flower Essence: Are You Ready to Soar Into the Expanded Reality of Your Soul?” This year’s headliner is international psychic celebrity Lisa Williams, star of television shows Lisa Williams: Life Among the Dead, Lisa Williams: Voices from The Other Side and Lisa Williams Live.

According to a recent IBISWorld Industry Report, the psychic services industry is booming; the market analysis found that in the past five years, use of “psychic services” in the U.S. has grown steadily, having amassed over $2 billion in revenue in 2018. The rise here is part of a trend over the last three decades. A 2001 Gallup poll documents the trend beginning in the 1990s, mirroring Victory of Light’s own growth: attendance has doubled over the past five years. Around 7,000 attendees are projected to attend this fall’s event.

What explains these increases? I asked Victor Paruta, the psychic medium who founded the festival in 1992. He tells me that this is part of a larger cultural shift. He cites the growing number of Americans who identify as “spiritual but not religious.”

“A lot of people are living by that philosophy now,” he says. “They want to acknowledge a personal spiritual life, a personal connection to God, and a greater awareness that allows them to understand life more profoundly and more deeply.” 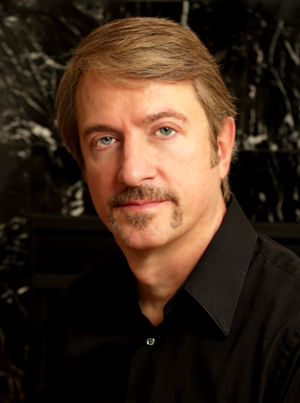 Paruta emphasizes that he sees no conflict with alternative spirituality and traditional religious beliefs; in fact, he believes they can be complementary. To back this claim, a 2018 study conducted by the Pew Research Center shows that New Age beliefs are common among religious Americans.

Paruta traces this shift to the counterculture of the 1960s, a time when people started to open themselves up to a “greater vision” of who they are spiritually and were also awakened to a heightened sense of individual liberties and emancipation from restrictive cultural norms.

Stuart Vyse — a behavioral psychologist and noted skeptic — writes in his book Believing in Magic: The Psychology of Superstition that people look to astrology, psychics and tarot as a way to provide “a sense of control over the uncontrollable.” Vyse links this to pathologies of contemporary existence: stress, anxiety and social isolation.

Paruta points to the same things. As he speaks about the ways in which psychic mediums and various techniques of transpersonal psychology can help people with things like trauma and grief, he grows passionate. He says they’re ultimately looking for relief from alienation and loneliness.

Anxiety seems to be a key factor here. In fact, a recent study by the American Psychiatric Association reveals a sharp increase in anxiety this decade, while a major 2015 study puts this in context of a trend since the early 1990s. It’s worth noting this rise is parallel to the growth of New Age beliefs, alternative spirituality and psychic services.

This makes intuitive sense. Widening inequality, systemic oppression, global warming and the whiplash of changes brought about by rapid technological innovation are just a few of the traumas writ on a societal scale. Our present and future are uncertain. The appeal of the metaphysical is obvious.

While tarot cards and astrology can offer a palliative to these traumas, such beliefs have a less benevolent twin. Conspiracies and conspiratorial thinking, too, have been on the rise. Millions of people, for example, believe that human activity does not cause global warming or that the Earth is flat. Such views aren’t harmless (remember Pizzagate?). This is part of a wider crisis of truth that Paruta finds concerning. For him, these represent different responses to the same societal deficiencies that lead people to alternative spirituality and metaphysics. He points out that technology has played a roll for good and ill as it brings people together in new ways.

“Some people will be drawn to positive groups and beliefs,” he says, “and then there are those that are drawn to groups that are centered around hate.”

Indeed, last year, YouTube’s recommendation feature made headlines when it was revealed that it tended to lead its viewers down paths of radicalization. Facebook’s algorithms, too, have willfully manipulated its users and contributed to the rise of conspiracies and conspiratorial thinking. In his book New Dark Age: Technology and the End of the Future, artist and author James Bridle explores the ways emerging technology, algorithms in particular, have contributed to this rise in conspiratorial thinking. Bridle points out that as algorithms organize our world in ways that are increasingly complex — to the point of human incomprehensibility — the result is anxiety and alienation. Conspiratorial thinking, Bridle argues, is a way of organizing this information to deal with that anxiety and alienation.

Paruta believes there is an antidote.

“What Victory of Light is all about is providing resources for people to have moments where they come to a greater understanding of their lives and life in general from within, rather than programming or information that is downloaded from outside,” he says.

He talks about the good he has seen Victory of Light bring people over the years.

“We want people to realize we’re living in a magical world,” he says. “Once they see that, life takes on more wonder. And people are thereby happier and less enslaved by their problems and limited beliefs.”

If nothing else, you’ll have a great conversation starter at Thanksgiving: “So, I went to a psychic festival last weekend…”