Just days after Castellanos landed a five-year, $100 million contract with the Philadelphia Phillies, he's sharing some thoughts about what it feels like to be on a contending team that's meaningfully building up its roster. During a spot interview with John Clark, a reporter with NBC Sports Philadelphia, Castellanos praises Phillies owner John Middleton for fronting the money needed to win.

"When you hear that John Middleton said 'We can go over the luxury tax because you're the right player' and the only player that they would have done this for, how much does that mean to you?" Clark asks.

"I mean, that's a lot of respect. At the end of the day, baseball comes down to ownership. The owner either wants to invest and cares about winning or doesn't," Castellanos replies. "So it speaks a lot to who he is. So Philadelphia should be pumped that that guy is behind the Phillies."


Nick Castellanos' first interview as a member of the Phillies 🤩@JClarkNBCS catches up with Castellanos upon his arrival to Philadelphia: pic.twitter.com/MxJOkMPug3

The unspoken part in all of this is, of course, that Cincinnati Reds owner Bob Castellini did not invest in Castellanos, instead opting for what looks like another "rebuilding year." Castellanos was considered one of the 2022 season's best free agents, after an outstanding 2021 outing in which he batted .309, slugged .576, had 34 home runs and knocked in 73 extra-base hits. Castellanos also won the Silver Slugger award and was a starter for the National League during this summer's MLB All-Star Game (teammate Jesse Winker joined in that honor).

In November, Castellanos opted out of the final two years of his Reds contract, which was worth $16 million per year. Castellanos then rejected the Reds' Nov. 7 qualifying offer (the QO is set across Major League Baseball at $18.4 million for the 2022 season).

He later said he'd consider another offer from the Cincinnati Reds, saying, "Why wouldn't I? I feel like there's still a lot of very valuable pieces that are very good to win with." Philadelphia Phillies Scoop Up Ex-Cincinnati Reds Outfielder Nick Castellanos at 5 Years, $100M: Before Derek Jeter left as the Miami Marlins' CEO, he reportedly wanted to buck up for Castellanos.


But talks between the Reds and Castellanos died down in December when MLB team owners initiated a player lockout that froze all free agency moves — along with workouts, spring training and the start of the 2022 season — because of a contract dispute. That lockout ended March 10, when MLB and the Major League Baseball Players Association revealed that they had finally come to terms on a new collective bargaining agreement.

Still, the Reds ignored Castellanos and reportedly had no interest in re-signing the slugger. "We have not been engaged with his representatives," Reds general manager Nick Krall reportedly said earlier this month.  And the Cincinnati Reds' front office has gotten rid of other big contributors and fan-favorite players. In addition to losing Castellanos to free agency, the Reds recently traded away All-Star outfielder Jesse Winker, third baseman Eugenio Suárez and pitcher Sonny Gray. In return, Cincinnati acquired young players and prospects and cut payroll.

Reds fans have been craving a quality postseason berth, something they hadn't truly seen in years. During the COVID-shortened 2020 season, the Reds made it to the Wild Card playoffs but lost the first round to the Atlanta Braves without scoring at all. Before that, Cincinnati hadn't been to the postseason since 2013. 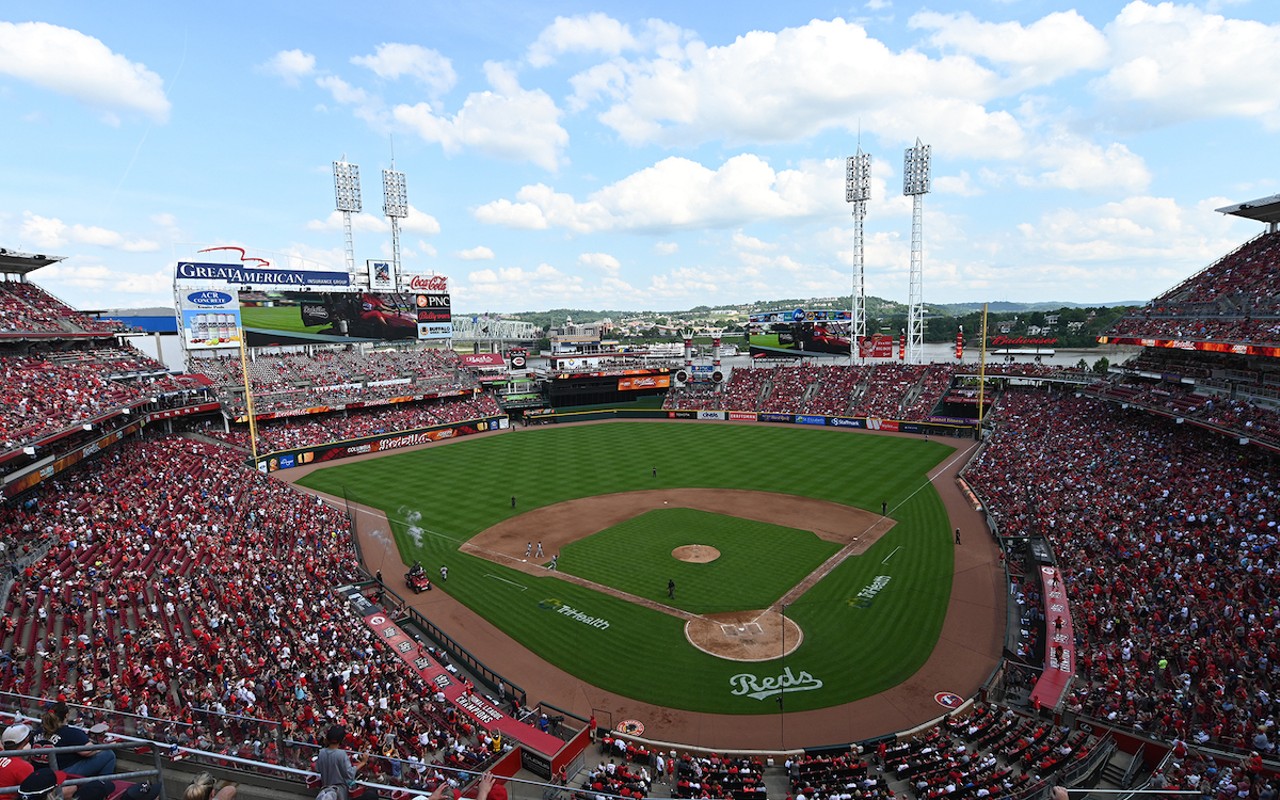 
Unfortunately, it didn't happen in 2021, when the Cincinnati Reds went 83-79. And longtime Reds first baseman Joey Votto has taken notice.

"I have higher expectations to be part of other large Major League moments," Votto said in a recent interview. "That’s without question concerning to me. I’ve been in the same uniform my entire career. We haven’t done enough winning."

The Phillies, on the other hand, are happy to have Castellanos — especially on the heels of also bringing aboard fellow outfielder Kyle Schwarber, who got a four-year, $79 million deal from Philadelphia. The acquisitions may have put Philadelphia over the team's salary cap (ie, the MLB Competitive Balance Tax, which does not actually help smaller-market teams become competitive) — something Phillies leadership has said it would do for "contenders." 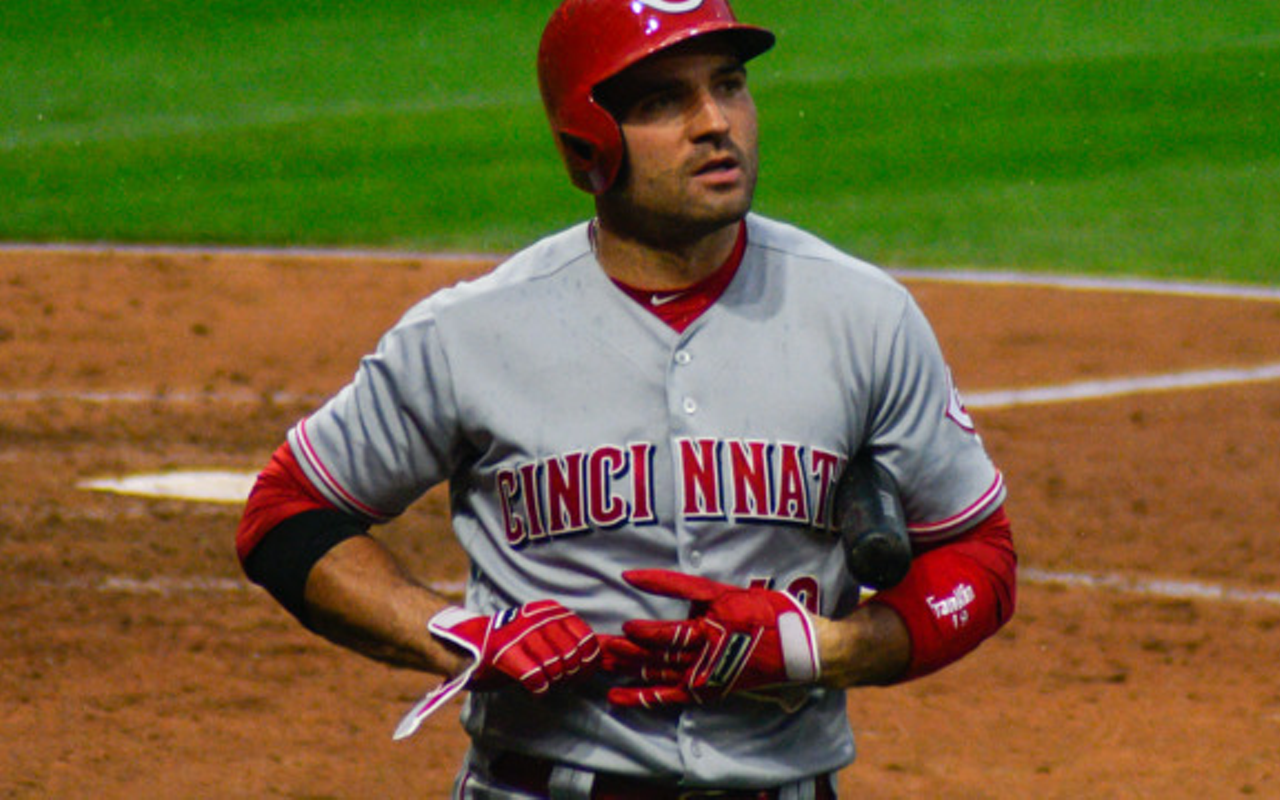 
Phillies right fielder Bryce Harper — who has known Castellanos since they were teenagers — said that he and other Phillies players have recognized their front office making the financial moves necessary to bulk up the team with players like Castellanos and Schwarber.

"It’s incredible. I would never have thought that would have happened," Bryce said. But like I said, you have to have the faith in (president of baseball operations Dave) Dombrowski and (principal owner) John Middleton to do their job, to get the team that’s best going out there. What a lineup we’re about to have."

Baseball fans will see how it all shakes out when the Reds welcome the Phillies at Great American Ball Park Aug. 15-17 before battling again Aug. 22-25 in Philadelphia's Citizens Bank Park.