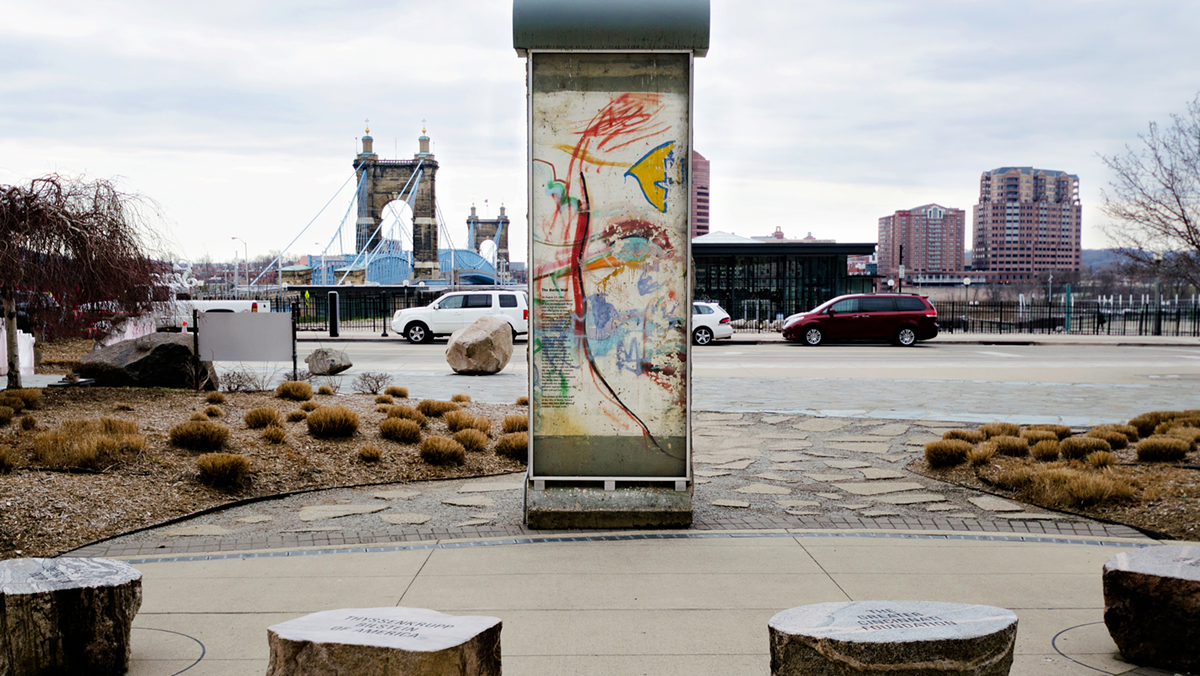 The Queen City is famous for its proud German heritage. And in 1989, Cincinnati became sister cities with Germany’s Bavarian capitol of Munich — the same year the Berlin Wall fell. It’s been over 28 years, and since that time, Cincinnati’s National Underground Railroad Freedom Center has managed to pick up a chunk of that history in the form of a chunk of the wall itself. Gifted by the city of Berlin in 2010, it was brought here to reflect upon those who “through courage, cooperation and perseverance worked collectively to demolish a modern barrier to freedom.” This piece of Cold War history is on permanent display outside the Freedom Center and facing the Ohio River — itself a former barrier. The wall is a symbolic reminder of past struggles and a message not to take freedom for granted. And with a new president, the Freedom Center is approaching its 15th anniversary with reinvigorated commitment to that mission. National Underground Railroad Freedom Center, 50 E. Freedom Way, Downtown, freedomcenter.org.