Bridgeview Box Park, a cluster of small food, drink and shopping vendors conglomerated where Mitchell’s Fish Market used to sit at Newport on the Levee is now open to the public. The establishments are housed next to each other in shipping-like containers — hence “box park” — and are interspersed among a common outdoor area. What’s on the menu? Each eatery has its own unique flair: Che on Wheels, a food truck version of the OTR empanada bar; Bon Mi Street offers Asian street food and milk tea; and The Little Spoon Bakery & Cafe serves baked goods and Carabello Coffee. There’s also Kon-Tiki tiki bar; an outpost of Wooden Cask Brewing Co., the Newport brewing operation that specializes in traditional English, Scottish and Irish-style beers; and Second Sight Spirits, the Ludlow-based distiller, which has special cocktail options. There’s also a plant shop called Leaf & Limb. The breezy space overlooks the Ohio River and city and features turf lounge areas, string lights, and outdoor games like corn hole and giant Jenga. In addition to heavy sanitizing by the staff, some rules for patrons are enforced. Ten people or less are permitted to intermingle, and groups have to be at least 6 feet apart, per signs that are posted around the park. There are also colorful 6 foot hexagons throughout the main drag that remind visitors the distance they should keep from other guests. Development officials say they’ll be adapting to the future stages of Kentucky’s reopening plan, but are planning for what the “new normal” brings.
Photos by Hailey Bollinger
Scroll down to view images 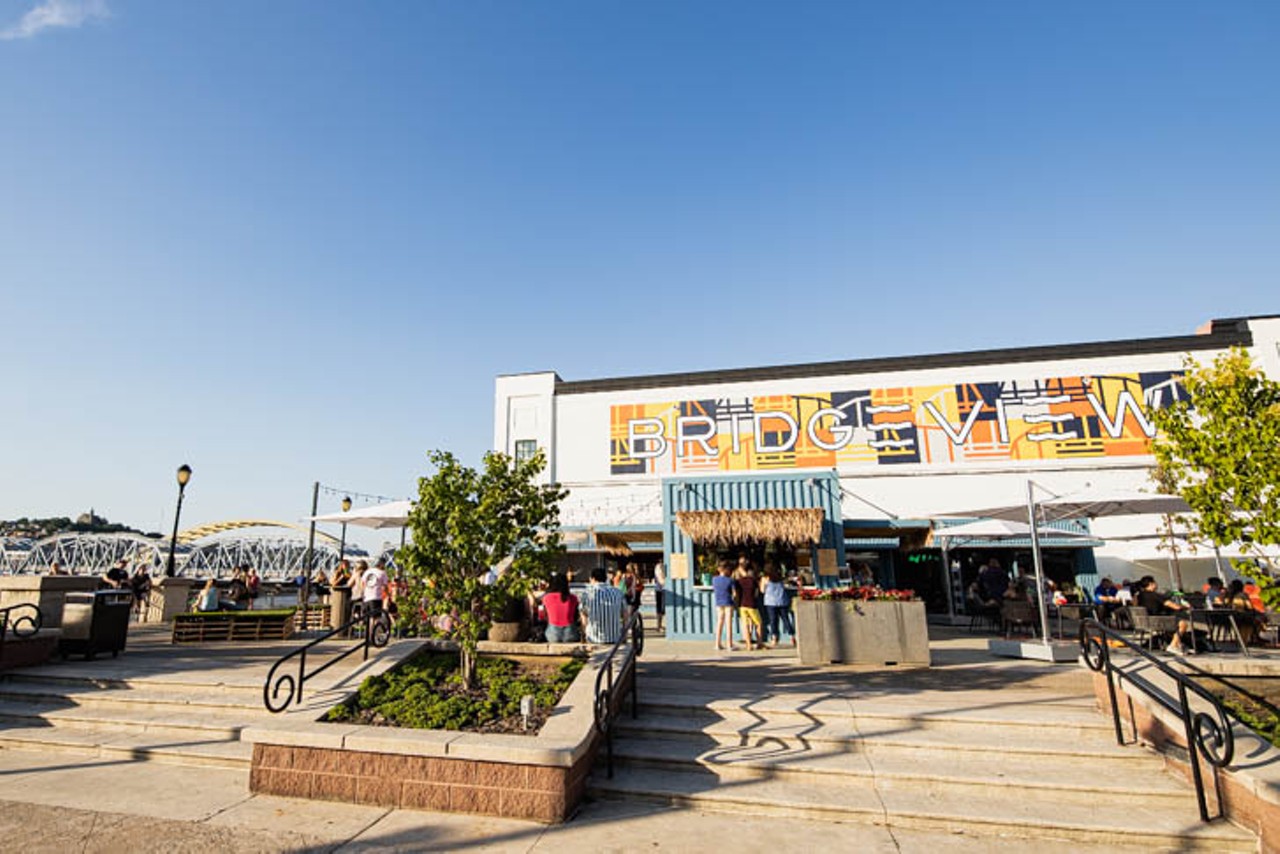