“Restaurant people are a scrappy bunch." 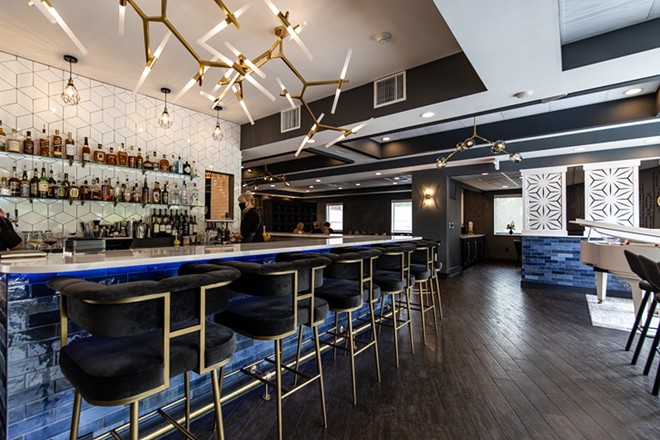 Year two of the pandemic brought some easing of the challenges Cincinnati restaurants faced in 2020. But 2021 placed a few more roadblocks in the way of recovery from the first, hard shocks of COVID-19.

Overall, though, after talking with several restaurant owners, chefs and chef/owners, I picked up a feeling of cautious optimism — not from everyone, to be sure. But despite the continuing troubles the dining industry faces, the positivity of these folks is heartening.

Unlike in 2020, there were no statewide closures of dining establishments this year. After COVID vaccines became widely available this spring, it appeared customers returned — at least in my estimation — with many restaurants I talked to seeing some encouraging revenue growth. By December, and despite clear signs of another potential COVID surge, many places seemed to inch closer to pre-pandemic levels of guests.

While it may not be true in all corners of the city, our restaurants seem to be in recovery mode for the most part. When I tried to book a table at popular downtown and Over-the-Rhine spots — Sotto, Pepp & Dolores and Boca, for example — I had to go several weeks out to find anything between 6 p.m. and 8:30 p.m. Chef Jose Salazar says that his restaurants (Mita’s, Salazar and Goose & Elder) are operating at capacity. Frank Eversole, an owner of Ivory House in Westwood, paints a similarly rosy picture of community support and fully booked evenings at his steak-and-seafood restaurant.

The aforementioned Wright agrees, saying, “Things are very much looking up compared to last year.” He will soon open an expanded and somewhat reimagined version of his Over-the-Rhine tapas spot Abigail Street, which I think has long been one of Cincinnati’s best places to eat. Wright says he’s excited about the expansion and is also excited about the success he’s had at the Blue Ash location of Senate in Summit Park (he closed Senate’s Over-the-Rhine flagship earlier this year to make space for Abigail Street’s expansion).

That’s not to say the dining crisis is over. Perhaps the greatest problem now is one that we are all feeling: rising costs. Restaurants are facing shortages and delays in getting supplies and ingredients, and also a startling inflation for everything from meat to premium spirits to seafood and produce, which has put a big hurt on many businesses. Salazar is among several owners who say that while patrons fill his tables and he has few job openings in his three restaurants, inflated food costs have hit hard.

“We’re busting our butt and are at capacity but not turning a profit,” he says.

That calculation has affected other establishments, as well. Branch co-owner Matt Distel says that of his three restaurants (Branch in Walnut Hills and The Littlefield and Second Place in Northside), the upscale Branch has had such issues. While the Northside businesses are nestled within a residential neighborhood and have recovered quickly, Branch is more of a destination restaurant.

East Walnut Hills “isn’t in the middle of OTR,” Distel notes. Recovery for Branch has meant altering days and hours of service month by month, figuring out how to match staffing levels to customer demand and tweaking menu offerings to respond to price hikes and shortages. Branch made a brilliant move in hiring Chef Alessandro Urbisci a few months ago; his refreshed menu and solid talent, especially with pasta, should have patrons lining up on Madison Road.

In Westwood, Ivory House continues its successful run after having been named the best new restaurant of 2020 by CityBeat readers. Eversole and his partner, Rick Pouliot, are redeveloping a former funeral home near Ivory House into two new restaurants in the neighborhood’s up-and-coming entertainment district — a clear indication that they expect good times ahead.

“We had a fantastic year,” Eversole says about Ivory House’s performance since opening in July 2020. He and Pouliot have been stung by inflation, too, but have so far avoided significant hikes in menu prices.

The task of hiring, training and retaining kitchen and other staff has eased since earlier in the year, several local restaurateurs report. Salazar says that he was unable to open patio tables at his eponymous OTR restaurant this past summer because he didn’t have enough servers.

With the cold weather upon us and most outdoor dining stopped for the season, that’s no longer a problem. However, up to one-third of his team are new hires of two months or less.

“We are fortunate to have many employees who have been with us for a long time, but we also have a much higher turnover than we did pre-pandemic,” Salazar says.

Wright says that the labor shortage continues to affect his restaurants, but there are bright spots. “We’ve been pretty well staffed throughout the year (and) over the past 10 months we’ve opted to focus more on our staff training,” he says.

Holding a team of reliable staff together while protecting everyone’s health during the pandemic has been a crucial goal for many Cincinnati restaurant owners. Several credit the Paycheck Protection Program (PPP) loans authorized by Congress in 2020 and again 2021, which were designed to help small businesses keep their people employed even when the revenue had slowed to a trickle.

“It’s why we’re here,” says Mary Kroner, co-owner of Ruth’s Parkside Café in Northside. She and partner David Tape credit that loan — along with smaller grants from city, county and state sources — for keeping the business going.

Nobody knows how hard the winter will be as we endure yet another COVID variant, but restaurant owners remind patrons to have patience when they venture out to their favorite places to eat. Staffers struggle with many of the same worries we all do about how to live our lives and conduct our businesses amid so much uncertainty. These dining rooms will not feel like 2019 as we enter 2022. Menu prices may inch up, and service lapses will occur.

“But if something isn’t right, just please let us know,” Salazar says.

Tape of Ruth’s Parkside expects another rough winter with fewer customers willing to dine in. “I hope next spring might be the spring I had hoped for in ’21,” he adds.