Taco Fuerte opens July 23 and will offer a variety of hand-crafted creations ranging from birria or cheesecake tacos to totchos and vegetarian-friendly bites. 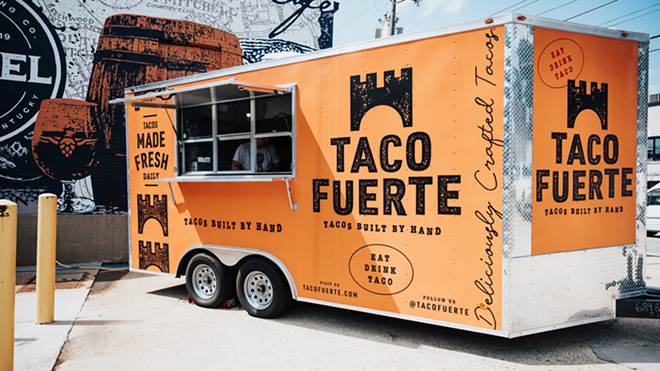 Fort Mitchell is adding another culinary option to its line-up of great eateries, and this one will be parked right outside of a local favorite taproom.

Taco Fuerte food truck hosts its grand opening on July 23 and will be located outside of Braxton Barrel House.

The truck will boast a selection of hand-crafted creations ranging from birria or cheesecake tacos to totchos and vegetarian-friendly bites. A release from Braxton says the truck's menu was crafted to pair nicely with the brewery's beers.

"The name Taco Fuerte draws inspiration from the Spanish word meaning 'strength' and is a nod to the city where the food truck will be permanently parked, Fort Mitchell," public relations director of RMD Advertising, Sarah Walters, says in the release.

"Taco Fuerte is another creation of chef Mike Schieman and the team behind two other well-loved Greater Cincinnati restaurants," she adds.

Schieman opened two other restaurants that are positioned alongside Braxton Breweries: Parlor on Seventh in Covington and Pendalo Wingery in Pendleton.

Taco Fuerte will be parked outside of the Fort Mitchell taproom (5 Orphanage Road, Fort Mitchell) Thursdays-Sundays.