The Rock and Roll Hall of Fame inductee is the latest musician to skip Cincy. 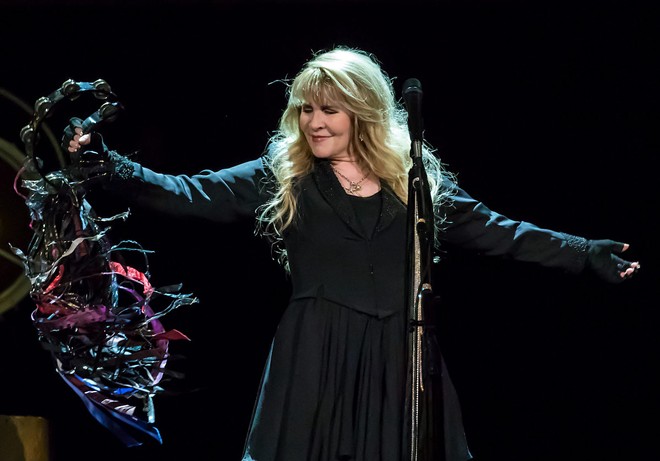 It looks like a living legend is dragging Cincinnati's heart around.

Rock icon, former Fleetwood Mac member and witchy woman Stevie Nicks has announced a tour that will begin in March and run through November. Unfortunately, Cincinnati won't be part of it. Cincinnatians who want to see Nicks perform without spending an entire day driving will need to head to KFC Yum! Center in Louisville on June 27 or Ohio Stadium at Ohio State University in Columbus on Aug. 5. Piano hero Billy Joel will join Nicks for the OSU date and eight other shows.

A number of big musicians have been skipping Cincinnati on their tours lately. Madonna's career retrospective tour isn't coming here. Reba McEntire rejected the Queen City – twice. And homegrown talent The National didn't announce a local date (or a new Homecoming festival) when it dropped tour dates earlier this month.

Nicks will kick off her tour at SoFi Stadium in Inglewood, California (site of the 2022 Super Bowl) with Joel on March 10.

Already an avid songwriter, Nicks shot to fame with rock band Fleetwood Mac in the 1970s, helping the outfit to become one of the biggest and best-selling acts of all time. Nicks' distinctive voice and her harmonies with Christine McVie and Lindsey Buckingham were lauded by critics and fans alike, and "Rhiannon," "Landslide," "The Chain" and "Gold Dust Woman" (later covered in the 1990s by Courtney Love's band Hole) became Nicks' hallmarks.


Nicks also has fielded a successful solo career, with her 1981 debut Bella Donna reaching No. 1 on U.S. Billboard charts. The album featured the single "Edge of Seventeen" as well as collaborations with Tom Petty and the Heartbreakers ("Stop Draggin' My Heart Around") and Don Henley ("Leather and Lace"). She followed Bella Donna with a string of successful albums, including The Wild Heart, Rock a Little and Trouble in Shangri-La.


Nicks was inducted into the Rock and Roll Hall of Fame as a member of Fleetwood Mac in 1998 and as a solo artist in 2019.