Onstage, it's usually just Craigie with his guitar, somber songs, wit and poignance. 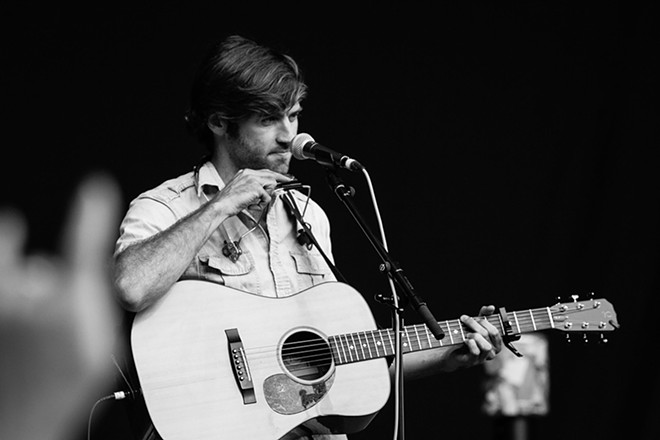 Everyone handled two years of a touring pause in different ways. Some fretted, some denied, and some, like John Craigie, wrote and recorded an album about street mermaids and howling at the moon, among other practical concerns.

He used to open for Jack Johnson, distilling his storytelling skills and comic timing into inspired vignettes epitomized by “Laurie Rolled Me a J” and “I Wrote Mr. Tambourine Man.”

After his most recent prior album, 2020’s Asterisk the Universe, gave him a higher profile, Craigie began headlining larger theaters with his laidback, slightly cracked folk tales.

During the height of the COVID-19 pandemic, the nomadic Craigie said, “I got time to silence all the noise and chaos of touring and look inward.”

Mermaid Salt reveals a more somber, contemplative tone in his songs. Instrumentally, he relies much less on his acoustic guitar and more on piano, with a purring electro-beat set back in the mix, accompanied by a rotating cast of musicians.

Onstage, fittingly, it’s usually just Craigie with his guitar, his songs shining with shades of warmth, wit and poignance.

John Craigie plays Madison Theater at 8 p.m. Sept. 18. Doors open at 7 p.m. There are no COVID-19 protocols in place for the event. Info: madisontheater.com.

Listen to "Count Me Down" from Mermaid Salt below: