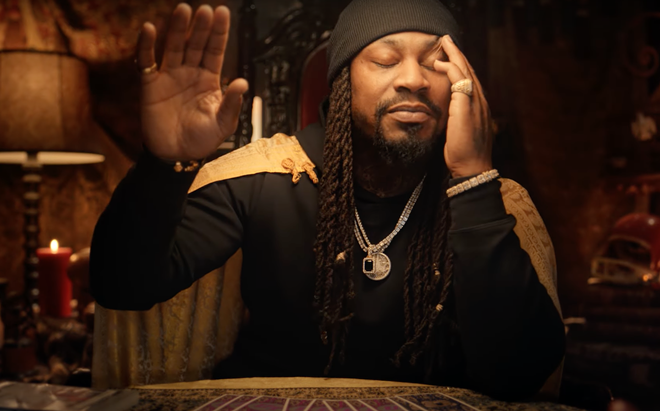 Cincinnati has yet another cheerleader in its corner as the Super Bowl approaches.

Madden NFL 22, that perennial bastion of touchdown goodness from EA Sports, predicts that the Cincinnati Bengals will conquer the Los Angeles Rams 24-21 during Super Bowl LVI on Sunday, Feb. 23. In Madden's video game simulation between the two teams, the Bengals come from behind to win it at the last minute on yet another field goal kick from standout rookie Evan McPherson.


The long-time Madden franchise has been running simulations and predicting Super Bowl winners annually since 2004, with an 11-7 record.

Oh, and one more thing: Kansas City Chiefs quarterback Patrick Mahomes and newly retired Tampa Bay Buccaneers quarterback Tom Brady grace the cover of Madden NFL 22, which came out in August. The Bengals defeated Mahomes and the Chiefs  on Jan. 30 to take the AFC Championship, and Brady gave big kudos to Burrow during a podcast on Jan. 31. No one in a Bengals uniform has been on a Madden cover (former players have worn other uniforms in cover photos) — perhaps that will change soon?

Madden joins a chorus of voices rooting for a Bengals win, including Stephen Colbert, Jimmy Fallon, Anitta and even Cincinnati's favorite hippo Fiona.

The Cincinnati Bengals will take on the Los Angeles Rams during Super Bowl LVI on Sunday, Feb. 13. The game will be played at the Rams' home of SoFi Stadium, but the Bengals will be the home team. NBC will broadcast the game, and fans also can watch on Peacock, Telemundo, NBCSports.com and the NBC Sports app.